If you ever needed an excuse to binge watch YouTube videos, you’ve got one now.

It’s safe to say lockdown will be going on for longer than any of us expected. Online seminars and lectures are officially finished,  you’ve burnt one too many banana breads and you’re contemplating watching Friends from beginning to end for the 10th time. Maybe it was nice and relaxing at first, but now you find yourself looking forward to the one hour queue at Tesco. Because let’s face it, what else is there to do?

Well, look no further. The Sussex Tab have done all the hard work for you and created a list of Brighton’s best YouTubers for you to binge watch to your heart’s content. Don’t worry, whilst Zoella and Alfie Deyes are classics, they will not be gracing your screens today. And if your parents moan at you for doing nothing productive, you can tell them you are supporting local businesses during the pandemic. You’ve got to milk it while you can, guys!

First off, we have Ola Johnson who predominantly makes fashion videos. If you’ve got big boobs, she’s got you covered with a multitude of videos about the best bras to wear. And if you have smaller boobs that you want to make look bigger, she’s also got a boob hacks video for you. Her other videos include hauls, try on videos, challenges and product testing. The product testing videos are especially useful, as she reviews things like period underwear, the coil, etc. Her funniest video is an old one with her and her boyfriend playing Mr and Mrs – you could even play along with your partner using their questions. 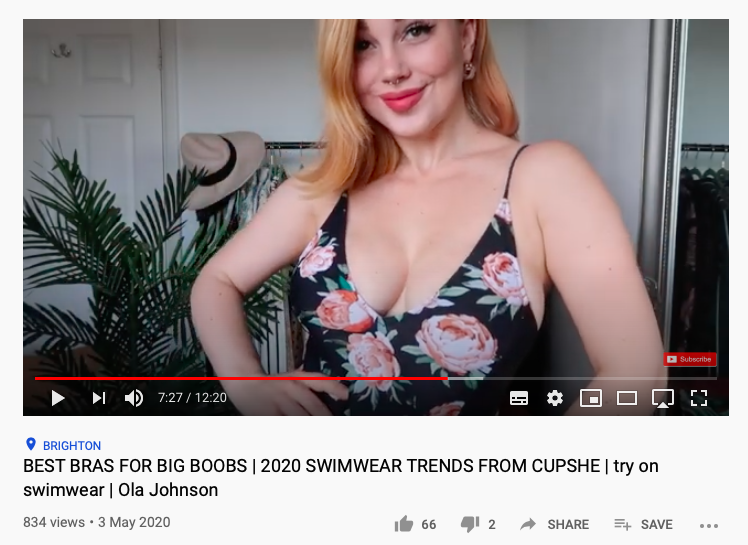 Originally from Belgium, Silke Dewulf moved to Brighton to be a yoga teacher with her (now) ex-boyfriend. She has recently moved into, what she calls, a “tiny boho studio apartment” which really matches her YouTube image, and very openly talks about her breakup experience. Her channel is a mix of vlogs, vegan, zero waste eating, advice, decluttering and minimalism. There are even some great yoga videos for those of you who are trying to be a bit more active during lockdown! A very sweet and wholesome lady. 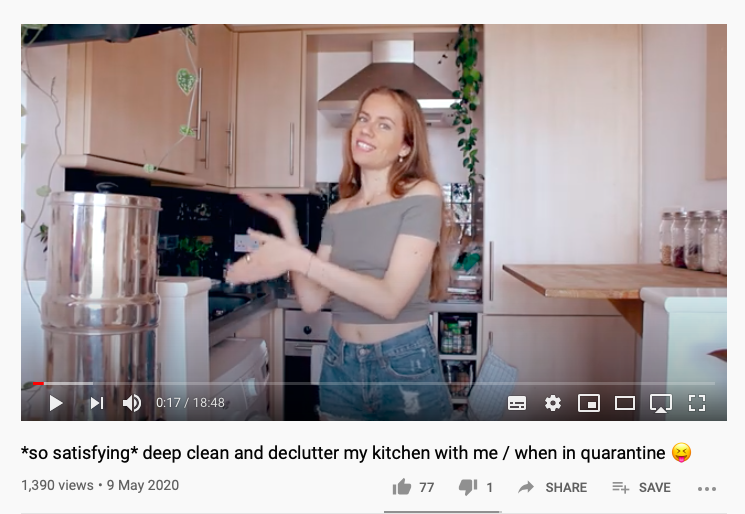 If you’re ever feeling a bit nostalgic about college, you need to give Isla Brewer a watch. She’s a typical student, procrastinating and late to class. On top of that she makes some interesting life decisions, like dying her hair pink as a celebration of the anniversary of a bad hair cut she got the year before. I’m sure many of us can secretly relate.

A great video is literally just watching her decorate her new bedroom. It’s so satisfying and gives us a few new ideas to spice up the uni bedroom. Her editing style reminds us of Emma Chamberlain at times, so if you like her, we’ve got our very own British version here in Brighton. 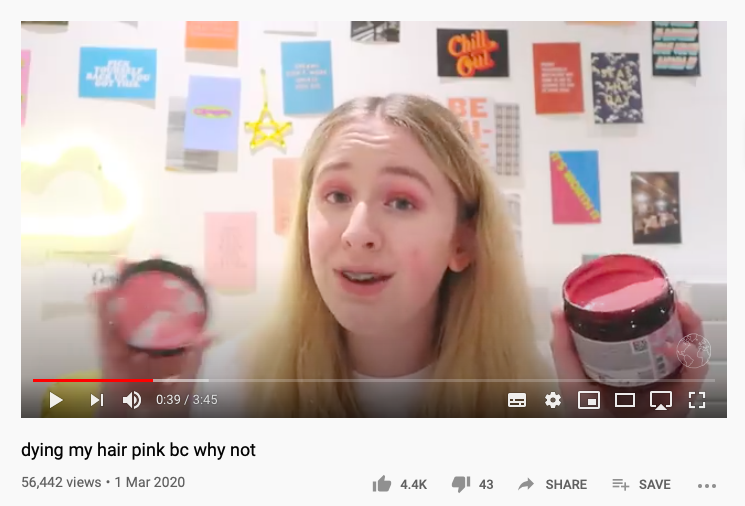 Gabriella Lindley is an all rounder. She does a lot of vlogs and “What I eat in a day” videos as she has tried a lot of diets over the years. Often, she sits down to talk about her mental health, struggles she’s had, as well as surgeries. Home decor is a recurring theme on her channel, and she is always providing aesthetic inspiration in her homeware hauls. An avid singer, she has posted many cover videos including “Never Enough” from The Greatest Showman. And she’s even hopped on the Animal Crossing and Tik Tok wave. 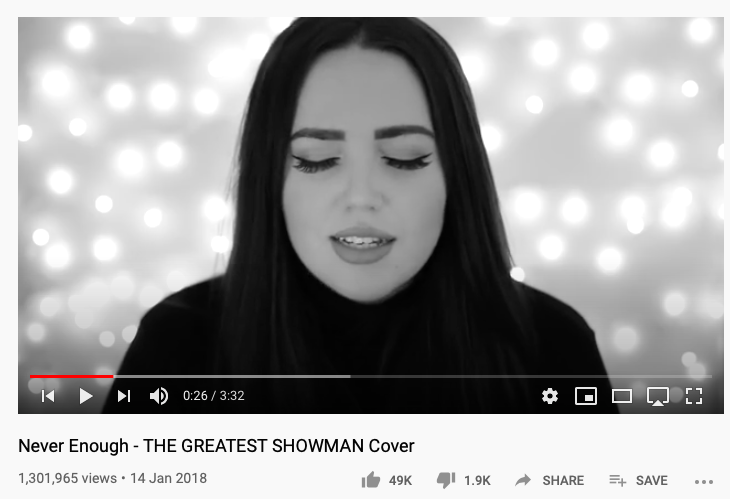 Next, we’ve got one for the gamers – SovietWomble. Now, there’s this prejudice that gaming videos can only be watched by gamers. However, upon watching a few of his videos you will come to realise that they are actually not only quite funny, but also really entertaining – it’s like being at your mate’s house watching them play games.

Arma 3: Antistasi, Mount & Blade: Warband, Far Cry 3, Viscera Cleanup Detail, are just a few of the games that he plays for our viewing pleasure. These videos are great to use if you’re unsure of whether or not to buy a game. 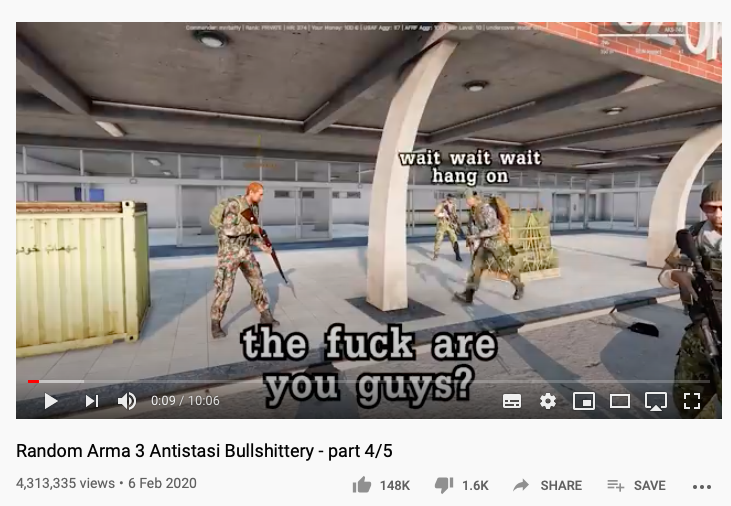 Last, but by no means least, we have Jacksepticeye. With a whopping 23.9 million subscribers, he is one of the most successful and popular Brighton based YouTubers. His channel is a complete whirlwind of different videos, from gaming, to memes to reaction videos. He’s got something for everyone, so it’s no wonder he is so loved around the world.

There’s a surge of Animal Crossing players at the moment, and he’s very recently uploaded a video of him playing it. 10/10 for effort for the editing at the beginning of this video. His voice overs are aptly dramatic and enthusiastic, and his video reacting to 1980s Irish sex education, if anything, is worth the watch. 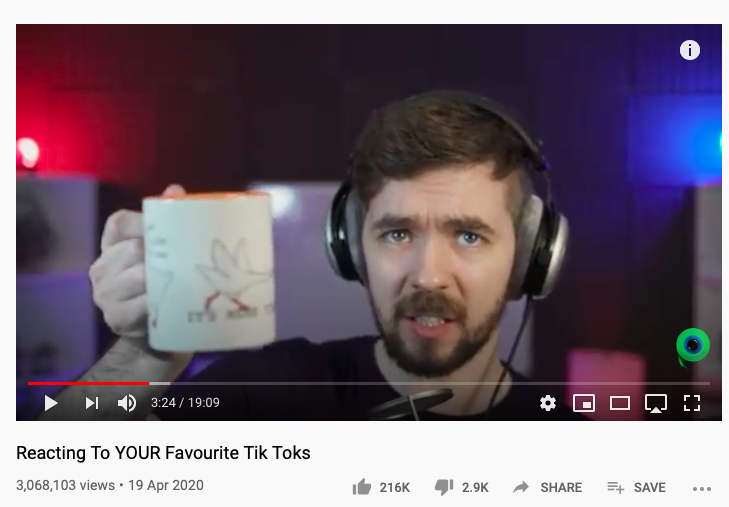 All in all, it’s safe to say that Brighton really is the home of the best British YouTubers. There really is something for everybody here. And if you’re somehow still bored after watching all of these, maybe it’s time to make your own YouTube videos!