The landlord kept that one quiet

You’d expect students to know their houses upside-down. With countless hours spent avoiding lectures, hosting parties, and hiding from the world, no crevice goes untouched. My flatmates and I thought the same, until we discovered a gloomy surprise under our property in Brighton.

Horror movie style, my suspicions began while at home alone, when thumping noises escaped from a secret door in the downstairs bathroom. Unless a mysterious fifth flatmate was getting some action, we dismissed the door as a boiler room entrance. Cracking it open seemed impossible, and after many failed attempts, the locked door was left and ignored until January time.

In Brighton, January is the season of house viewings, where students frantically scavenge for the only property in town without mould. When it came to inspections of our crib, the agent slipped to prospective tenants that our forgotten door leads to a basement. We overheard that it was locked by the landlord to prevent students from basement raving and hosting underground parties. As soon as the inspection was over, we gathered the troops together and managed to pop the door open with a teaspoon. We opened to find this. 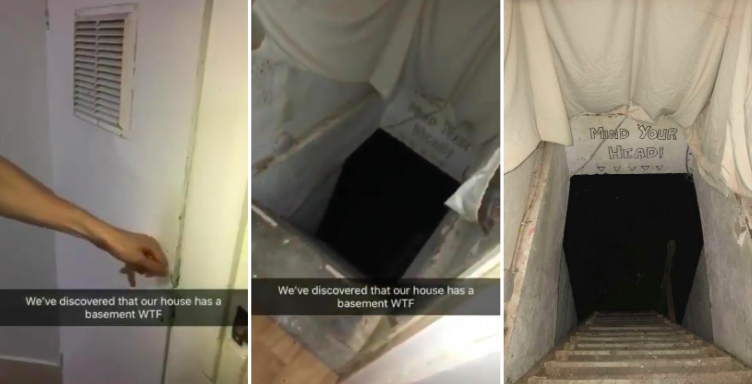 We minded our heads and cautiously travelled down the stairway of death. With every narrow step the stairs were giving in, ready to swallow us into dusty darkness. The thought of being trapped under our house was absolutely terrifying, but God it would serve us right for opening the stupid boiler room door. All of a sudden, our phone torches made out graffiti covered walls, and we had reached the basement’s floor. Chairs were scattered in circles, we spotted lightbulbs coated in dust, and a decade’s worth of cobwebs clung to the ceilings. 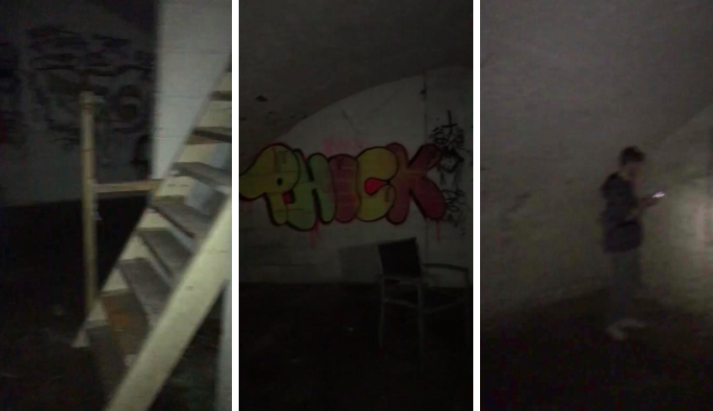 After taking too many dramatic photos and videos to post on social media, our lungs couldn’t take the dust anymore and we said goodbye to the humble dungeon. From then onwards, inviting friends around involved an obligatory tour of the ex-rave den, no matter how creeped out we became. We fantasised about hosting our own rave, giving the room a make-over and whipping out the DJ decks for old time’s sake, before we remembered how many dusty diseases lurked around the room.

Videos of the basement can be seen on The Sussex Tab Instagram.

Fast forward a year, I noticed from videos that “PHICK” covers most of the wall in bubble graffiti writing. So I got my shovel out and decided to dig further. Hilariously, the top online result was an Urban Dictionary definition, “when the booty so big you can speak”. Oh yeah she phick af. But looking further, “phick” appears to be a ship name for Phillis Summers and Nick Newman created by fans of the soap, “The Young and the Restless”. Phillis and Nick began their steamy love affair in 2006, meaning that our graffiti could be nearly 15 years old. No wonder it was filthy down there.

A few weeks after our underground discovery, we overheard someone stop on the street outside the house and remark that they attended raves in the infamous basement. When the new tenants returned for another peep at the house, we showed them our findings, secretly hoping that the rave den would return once again. Even though our landlord cheekily ignored the “boiler room” door, historically home to messy nights and creepy underground delights, our secret wasn’t going to waste.