From Burna Boy to the President of Botswana: Here’s Sussex Uni’s most famous students

These famous faces are going to make you feel very inadequate.

Have you ever wandered the green pathways of Sussex wondering who’s footsteps you’re following? We know we certainly have. From entertainers to politicians, Sussex Uni has educated a vast variety of famous faces, some of whom are not common knowledge.

Read on and surprise yourself with who’s shoes you’re filling.

The category with the most recognisable names, the entertainers that attended Sussex are now flying high, with the stars achieving million dollar record deals and sell out shows. Your mums favourite rocker, Billy Idol, attended Sussex from 1975 and lived in the old East Slope (RIP) whereas Frankie Boyle, controversial comedian, graduated in 1994 with a degree in English Literature.

More comedy legends such as Bob Mortimer and Sara Pascoe attended the university. Other famous faces include Mura Masa and Jessie Ware, both musicians who studied English Lit at Sussex, and Burna Boy, Nigerian-singer songwriter. Sussex kept that ‘On The Low’.

The political nature of Sussex students is evident through their alumni with over 15 ex or current -Members of Parliament having attended Sussex, including Labour MP Hilary Benn. Alongside these, a number of politicians from all corners of the world attended Sussex including Enele Sopoaga, PM of Tuvalu, Carlos Alvarado Quesada, president of Costa Rica, Thabo Mbeki, former president of South Africa, Festus Mogae, president of Zambia and Guy Scott, president of Botswana. 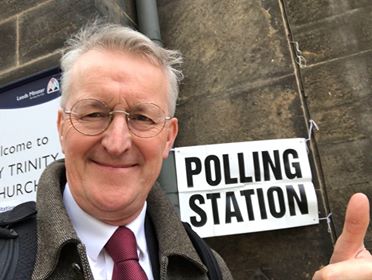 Again with a vast variety of highly successful writers and journalists, Sussex has been proud to educate award-winning authors such as Ian McEwan (Atonement) and Steve Coll, who won the Pulitzer Prize in 1990. Alexandra Schulman, former Editor-in-Chief for Vogue, also graduated Sussex in 1980 with a degree in Social Anthropology and went on to become the longest serving editor in the history of the publication.

Turning to sports, Sussex boasts a number of champions including Virginia Wade who won the Wimbledon Ladies’ Singles in 1977 and Jayanthi Kuru-Utumpala, the 4th woman in the world to peak Everest. Ralf Rangnick, former manager of German football club FC Schalke also called Sussex home in 1978.

Sussex has been home to a whole host of businessmen and women who have gone on to become extremely successful and prosperous people. Some highlights include Zhang Xin, Chinese entrepreneur and billionaire, Jeremy Coller, CEO and philanthropist, and Harriet Lamb, CEO and sustainable energy activist.

Always so happy to return to The Schwarzman College at Tsing Hua and meet the amazing Schwarzman scholars. #scholarships #schwarzmancollege #beijing #uschinarelations