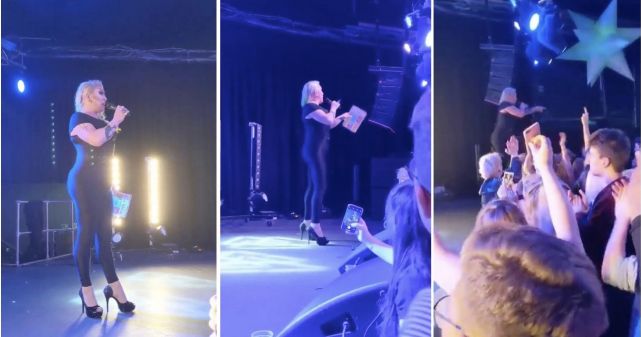 The Vivienne got into an argument on stage with a crowd member over trans rights at her Sussex show this Wednesday.

On February the 18th, drag queen superstar, The Vivienne headlined at Chalk as a part of the LGBTQ+ History month.

The event was co-hosted by The University of Sussex Student Union and the University's drag society.

It was speculated online that during the show an incident had happened with an audience member. One Twitter user tweeted out asking for a video to be sent to them.

Who has a video of the vivienne’s show last night at university of Sussex? If you know anyone in that area send this to them lol

The Vivienne directly responded to this tweet and stated: "I was verbally attacked mid show by an 'activist'. Nothing was done wrong on my part. Before everyone starts making up stories. The situation was dealt with."

I was verbally attacked mid show by an ‘activist’ Nothing was done wrong on my part. Before everyone starts making up stories. The situation was dealt with.

The University of Sussex and the University's Drag Society have both not made statements yet about what happened at Chalk.

In response to the original tweet, someone shared a one minute and forty second long video that had been recorded at the event.

In the video, The Vivienne, is heard to walk over to the corner of the stage saying: "What the fucking hell? Excuse me, what is happening over there?"

Someone in the crowd is heard to shout out "Trans people are-" however they are then cut off by a different audience member shouting out "Adulterer".

A Sussex student who spoke to The Tab claimed that the audience member said: "Trans people exist here too."

The Vivienne then addresses the audience member and states: "Whoever you are, whoever you want to go have a fist fight with over there, I grew up with trans people.

"Trans people are my fucking sisters so don't you dare come to the club- don't you fucking dare come and stand in my space when I have fucking fought for trans people before you were even fucking born."

Other members of the audience cheer and start to clap.

The Vivienne then asks the same audience member how old they are. The response is inaudible over the cheering and clapping, however Vivienne then says: "My best friend is trans you stupid fucking cunt.

"I go with my best friend to all of her doctor's appointments while you are fucking stood there being woke on fucking twitter. Don't fucking start with me, you stupid bitch."

The video ends with the audience shouting out "I love you" and cheering toward The Vivienne, who then said: "Some fucking activist you are, you prick. So, ladies and gentlemen, on that note let's do another fucking song."