There was an alert issued on the widely used Sussex app, advising that students should not "engage with anyone pretending to be offering service of this kind". 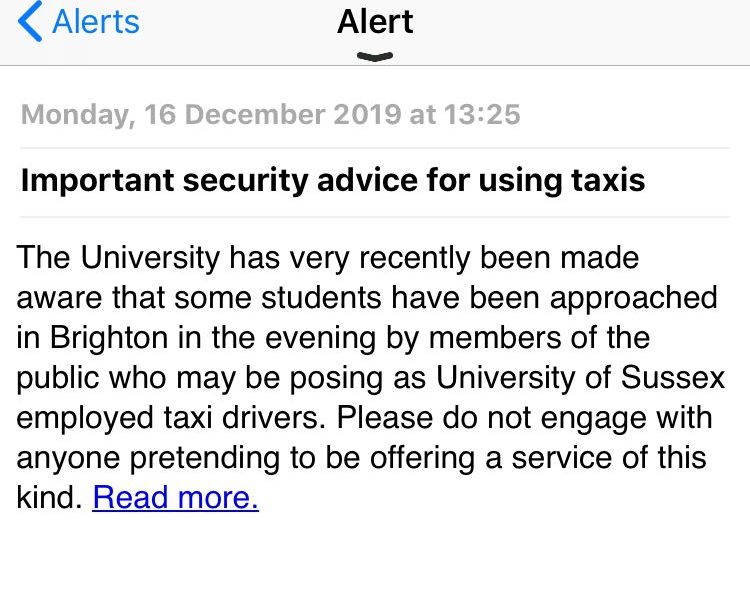 An alert on the Sussex direct app was made earlier today.

The University does offer a Good Night Sussex Scheme which is a way for Sussex students to get back to campus safely by quoting "Goodnight Sussex" to a specified phone number, but the members of the public in question were not involved with this.

Luckily there have been no accidents, as the students "sensibly did not feel this was legitimate and reported the incident to the University", the website states.

The University encourages that if anybody experiences a situation like this it should be reported immediately. In the meantime, if students want help getting back after a night out they can use the Good Night Sussex Scheme.

More information from the University is available here.

‘Go f*** yourself’: Here’s what students and staff on the picket line want to say to Adam Tickell

A guide to the coolest pubs Brighton has to offer