Whether you’re hoping to find true love over this festive period or just want to be able to afford a meal deal, the Sussex student wishlists are coming in hot.

We're here to spread a little festive cheer by revealing what students are asking Santa for Christmas, so settle down, grab a brew and get ready to read the most grown up Wishlist you've ever heard, childhood is well and truly over people.

As the UK woke up yesterday morning to the bleak sight of Boris Johnson's success all over their social media, all Sussex student's apparently want to know is who pissed off Santa and crushed their dreams. Many student's hopes for a Labour government have well and truly been ripped away. It's not all bad news though, we still have hope of a Christmas miracle in the form of Caroline Lucas. If you didn't go out and vote yesterday then you've 100% made it onto Santa's naughty list. Ba Humbug!

Despite the buzz around the strikes dying down over the last week, there's no doubt that people still have one name in the front of their mind and are a little salty, understandably. After refusing to meet with Union members and discouraging students from getting involved during the 8 days of strike on campus, there's clearly still some tension amongst students, unlike our previous wish, we're not holding out much hope for this one turning up under the tree.

It's mid December, you're still alone and term is nearly over. Cuffing season was not a success, which means all our hopes of finding someone to kiss under the mistletoe have disappeared. But it's not all bad news. Look at this way, it's one less person to spend money on, you can still do all the cute Christmas activities with your besties and you avoid being left with no duvet on these cold winter nights. In the words of RuPaul, if you don't love yourself, how in the hell you gonna love somebody else? So go grab a mulled wine and practice a bit of self love during the Christmas countdown.

It's the time of year when you somehow end up buying gifts for your second cousins wife and everyone else in your family who you haven't seen in years. But turns out students just want to avoid the ever approaching doom that is tuition fee debt. One student literally told us all they wished for was being able to afford a coffee during their 8 hour library sesh. Yes, times really are that hard. 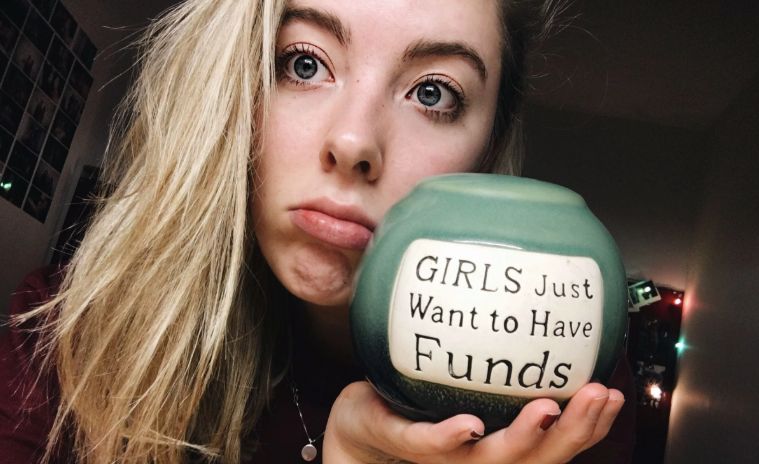 None of these fit into a category we just thought they were worth a mention for their creativity and relatability. All I want from Santa this Christmas…

'No more back pain after I go clubbing' – why is it not socially acceptable to have a little sit down half way through the Grease medley.

'For the Library to not be colder than my house' – top tip, there are blankets in the library 2nd floor quiet area. 'The will to live' – this one is especially relatable on multiple levels.

‘Go f*** yourself’: Here’s what students and staff on the picket line want to say to Adam Tickell

A guide to the coolest pubs Brighton has to offer