The night is called ‘Big Night On Campus’

Attention all BNOCs! A brand new club night is coming to Sussex, and this time it's not on our favourite seafront strip but will be hosted on our very own campus to kick start Refreshers' Week. 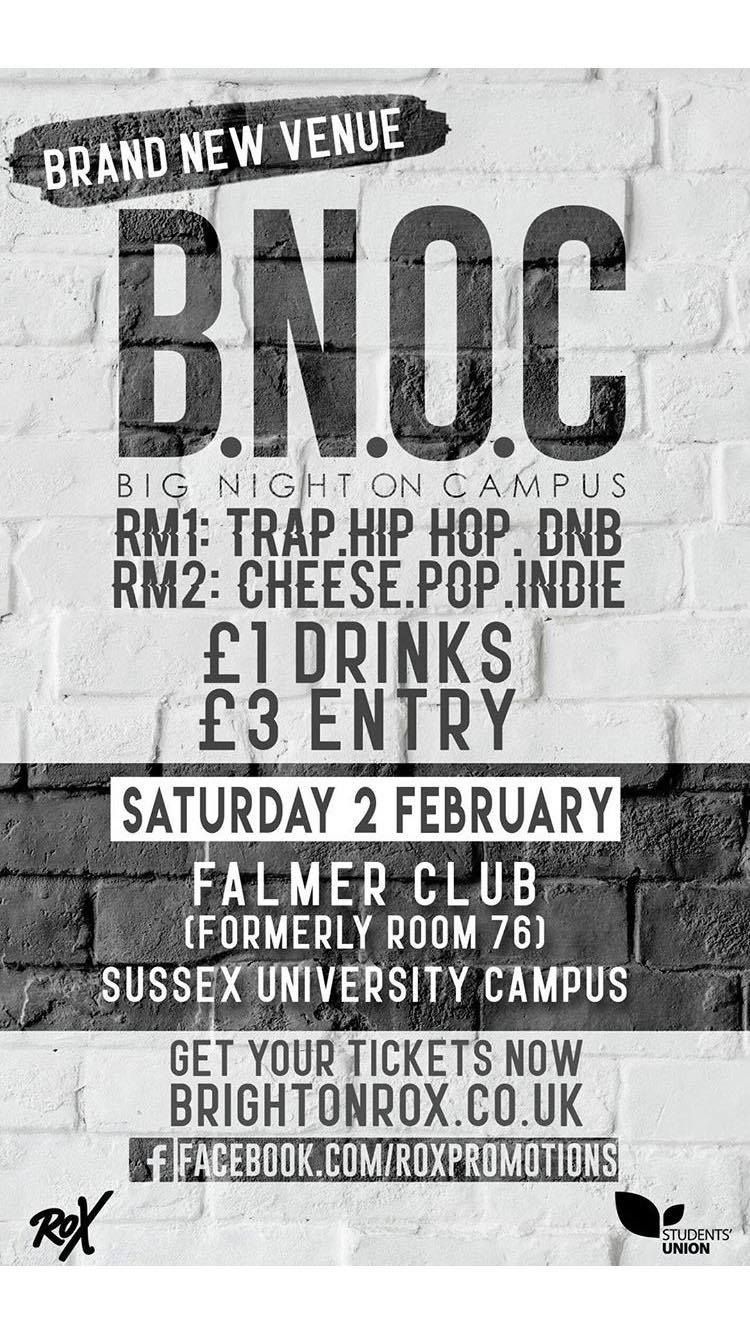 The first night is set to take place on Saturday 2nd February in Room 76, which is being transformed into "Falmer Club". Whilst it's currently a one-off event, if enough interest is generated then it could become a regular night.

With two rooms promising a mixture of Hip Hop, DnB, pop and cheese, there really is something for everyone – and, of course, cheap drinks deals.

Rox Promotions told The Sussex Tab: "It's a night we want to be directed by students," saying they, "want to make it as interactive as possible".

Put your name on the Facebook guest-list for £3 entry, snap up your tickets here.

Restrictions to be placed on Brighton beach after large crowds gather