The protest was in response to the Higher Education Bill

November 19th saw the protest of an estimated fifteen thousand students, teachers, and university staff from across the UK against the recent Higher Education Bill through central London in the most recent National Demo. 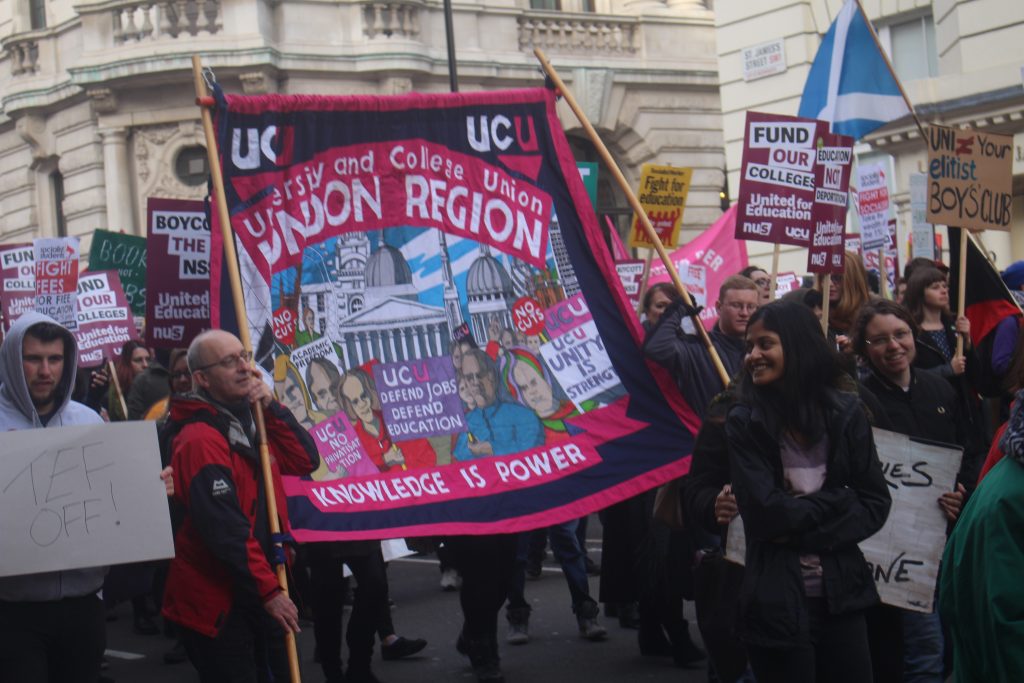 The bill, to be read for the third time this Monday, includes plans to allow universities to raise tuition fees above the current £9,000 cap, dependant on performance against a new Teaching Excellence Framework- TEF.

This framework will rank institutions by quality, permitting the best-performing universities to increase fees in line with inflation.

The bill also plans to increase competition within higher education through allowing private providers to enter the market without Students’ Unions. 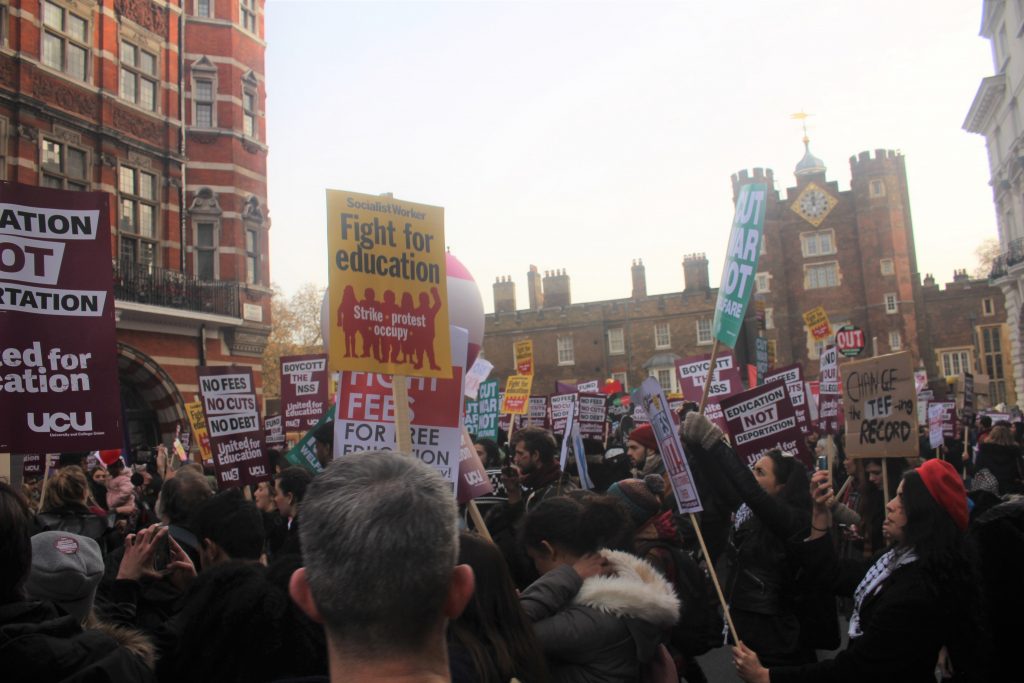 The National Union of Students (NUS) and the University and College Union (UCU) collaborated in this demonstration in the defence of free, accessible and quality higher education, and demanded the end of privatisation and cuts.

The protest, in which universities all around the country attended, consisted of a 2.4-mile march through central London, ending in a rally at Millbank, Westminster.

There was also support for international and minority students and staff who face discrimination, particularly in our post-Brexit climate.

Students and staff chanted “no ifs, no buts, no education cuts” through the busy streets of London, regulated by stewards. The demonstration ran smoothly, with a police presence and legal observers. 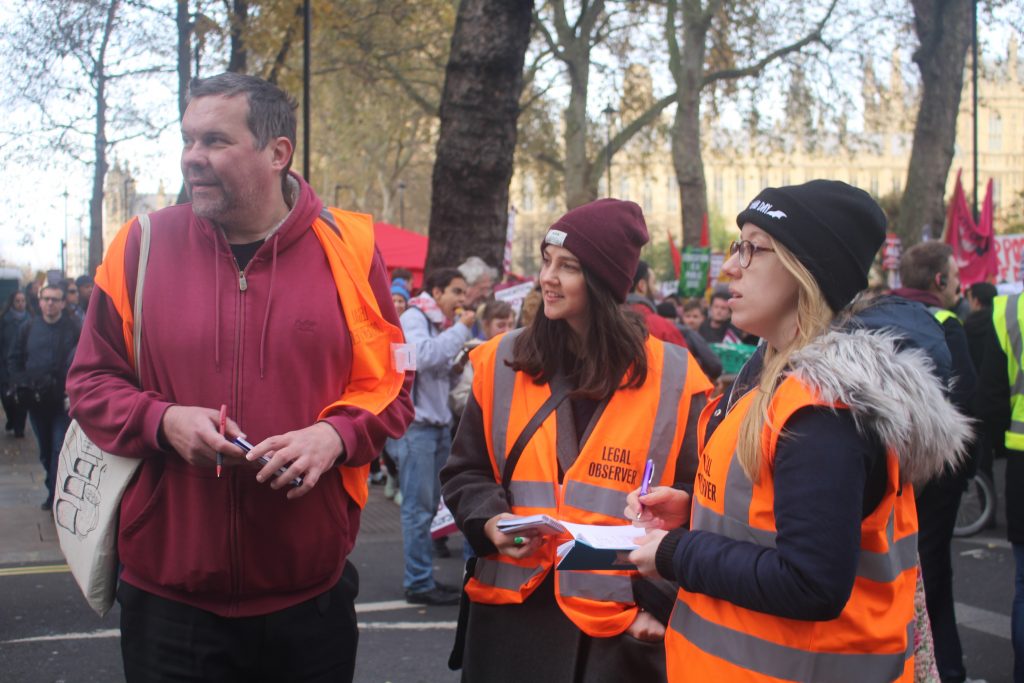 Speakers at the rally included NUS president Malia Bouattia and Sally Hunt, General Secretary of the UCU, as well as a short video message from Labour leader Jeremy Corbyn with a pledge of support.

Bouattia said: “The government is running at pace with a deeply risky ideologically led market experiment in further and higher education” and went on to praise the students’ passion and presence. 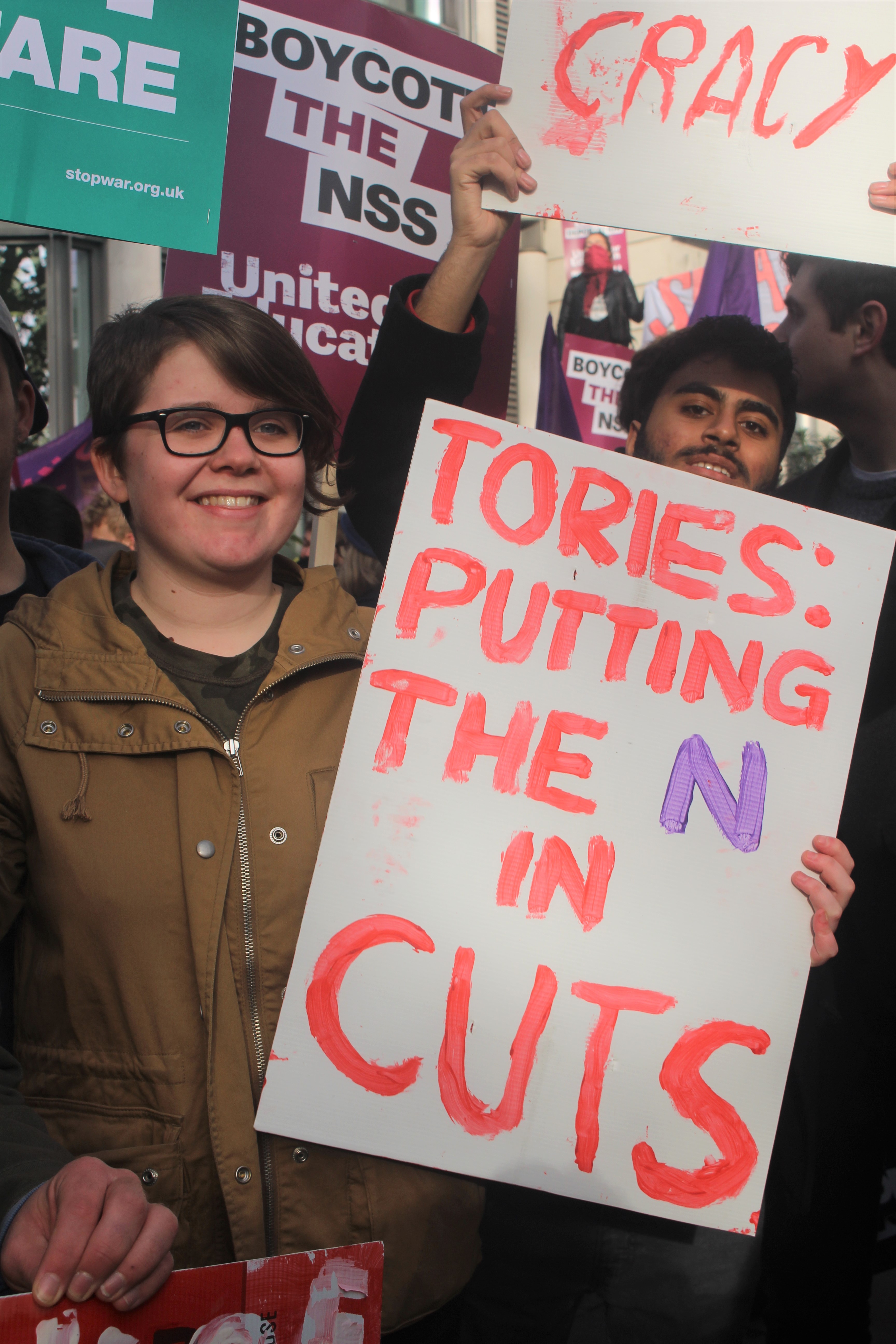 She added: “It’s incredible to feel the strength of our movement uniting in the face of this government’s attempts to privatise our education.”