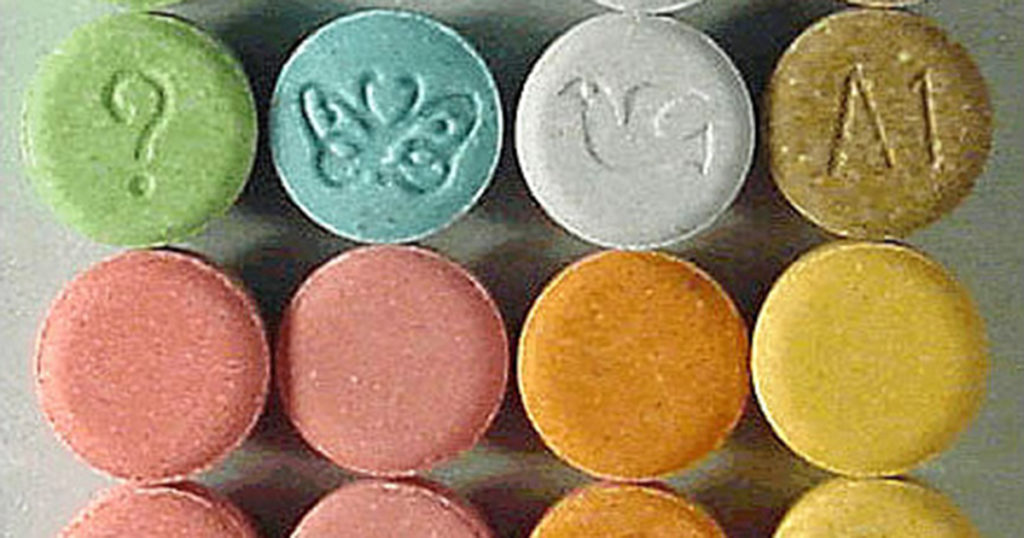 An ex-MDMA dealer on selling at festivals, weed and the deep web

First of all, how did you get started?

I got started as a way of just making a little bit of extra money on the side. I had seen a slow rise of MDMA use among my friends and thought that it would be a good way of raising money if I just distributed to them. Weed never interested me, the mark up on MDMA was much more appealing and was much easier to distribute and sell than smelly cheesy weed.  Pills could be bought for £3 and sold for a tenner.

As soon as you know what you’re doing, it’s easy. That sounds dumb.

Did you ever take the drugs yourself?

As weird as it sounds, I had some ethics behind the whole situation. I would never pass on any dodgy shit or stuff I wouldn’t do myself. You always hear of the stories of people dying from ecstasy use however if you do your research it is very rarely down to the symptoms of the drug itself. More often than not, it is the people surrounding them who have no idea what to do when someone is overheating that can lead to people dying. Take the case of Leah Betts, her friends made her drink an insane amount of water in like 10 minutes and she died from water on the brain.

I would never sell stuff to people who didn’t know what they were doing. Sorry – in answer to your question, yes I did.

But you were doing something illegal? How can you have some sort of moral high-ground behind it?

It wasn’t that I thought of it as a business, it was more a case of I was helping people have a good time. You can go out in London and spend around £70 for club entry and alcohol, not including taxi or the eventual  kebab at the end of the night and still not enjoy yourself and potentially hurting someone. For a tenner, you could pop a pill and mong out at home or something and feel closer to the friends around you in exchange for a comedown. In my head, I was just making sure my friends had fun.

Could you debunk some myths behind drug dealing?

The hard man persona is just a complete lie. I’ve seen mates who have tried to act all hard when they came with me to drop off but in reality they couldn’t beat a egg. Also, dealers are not just people who have fucked up in life. I knew one person who was a straight A student who was in his third year of university.

Oh yeah, we also aren’t some Breaking Bad person with stacks and stacks of cash. And this isn’t a career for me. Believe it or not but if you ever smoke weed and pass a joint around your group of mates, it counts as distribution. I like that little tidbit, inside we are all dealers.

So how much money were you making?

The discovery of dark web helped me out loads. Before it was about buying in bulk from some other dealer and trying to get some money that way. That’s why weed dealing is shitter, you never know what weight you buy until you properly take it home and weigh it. Pills were the easiest thing to buy and sell as it was compact. Off dark web you could get 50 of some of the strongest stuff  for around £160, you sell them off a tenner a pop and you have yourself a really good turnover.

So how much did you actually make? 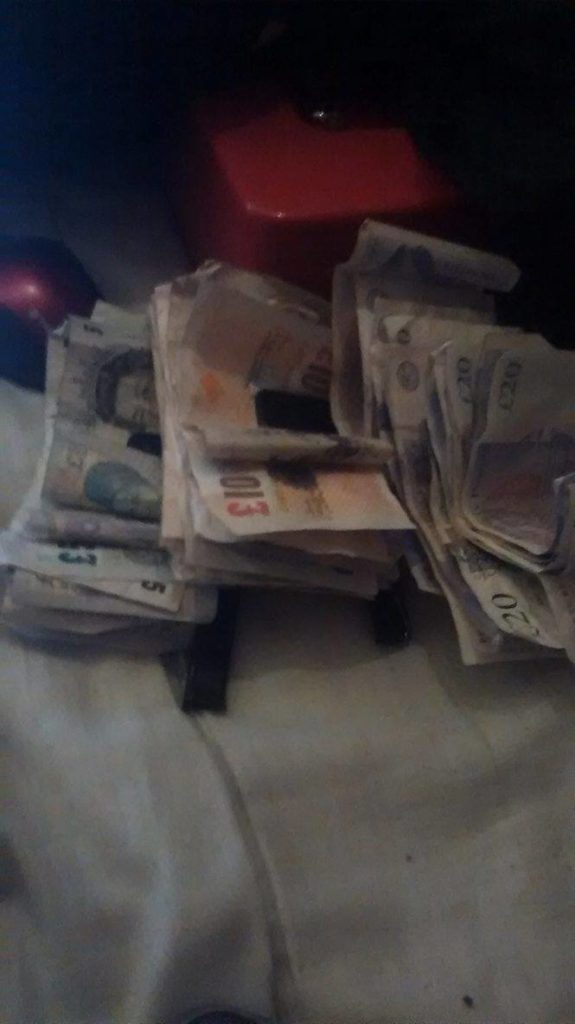 This was made in one week

How could you trust the deep web?

The illusion that people have with drug dealers is that they are clued up. That might be the case with some, but most of the time they research in the same way you do. Pills online were selling with claims of having 220mg worth of ecstasy in them. Now I don’t fucking know if that was actually the case or not. What I did know however was the reviews left online about them and if they could be trusted.

(As a side note) By the way, drug dealing is really easy once you know what you’re doing. You don’t need some dodgy foreign cousin with links to the Chinese Mafia to do it. It is actually scary for how easy it is.

So did you have any trouble ever on the deep web?

I never had any on the deep web. It gets a bad rap most of the time as being some horrible disgusting place but as long as you go in and get shit done and leave then there is no problem.

Did you ever have a run in with the law?

Nah, I felt that keeping it among my friends was as wide as I wanted people to know. Sometimes I would get calls at really odd times to help drop which was really annoying. It also meant I could never really relax.

You must of been paranoid a lot no?

Kinda, during my run I felt like I was always on the go. I was holding down a job at the time when I could have quit any time and just stuck with dealing but I wanted to keep up appearances and I kinda liked my job. But I would always get calls and texts from people wanting stuff and it meant that my usual 9-5 job didn’t end till around 9.30pm as I would have to run around.

What was the worst type of customer?

Oh god, people who wanted to be your friend so badly. MDMA is a social drug and you chat so much shit when you’re on it. Fuck truth serum, get spies to take MDMA and they will tell you all their darkest secrets. I’d always get texts from them wanting a chat. Fuck off.

Callouts were awful, I always gave people one callout should they want more stuff. It’s inevitable they always want it. But anything after two and I don’t even answer the phone. And people who pay in change. £10 is a nice round amount to take out at any cashpoint, what is the point of giving me coins?

And people who want a tick. I had it where I was fucked up and people said they would pay me back. I gave them around £50 worth of stuff without a penny back. But in my head I knew that it would be easy to get back and if they knew how much I was actually paying for it they would have a fit.

Now the sad thing is that I don’t even meddle in drugs like I used to and I see people my age discovering it for the first time. I laugh at them.

Festivals must of been a really good time for you?

Yeah, or at least the run up to festivals. Actually, birthdays were really good as well. I usually always brought extra around summer time because I knew people would be asking for it. 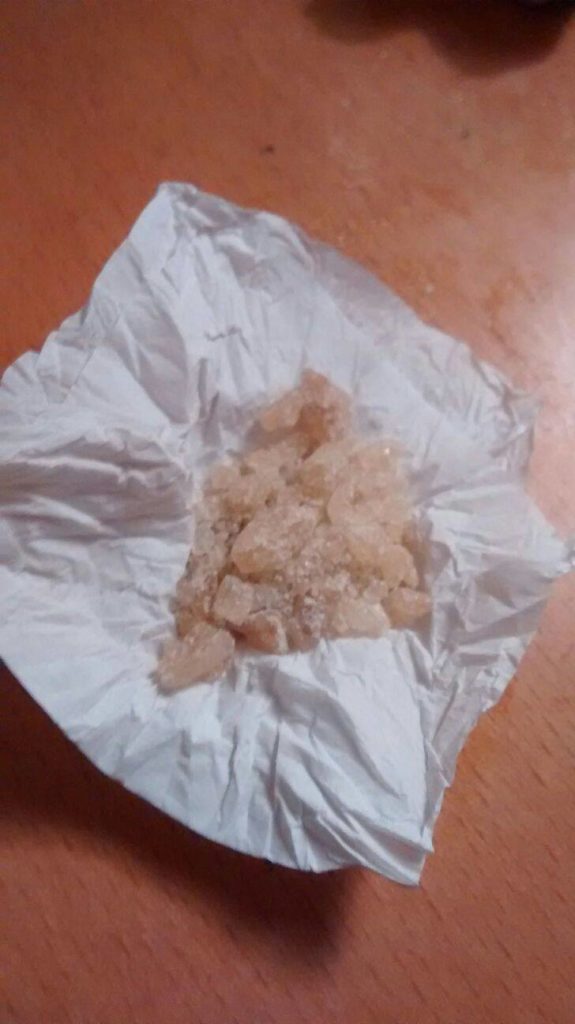 What do you think about current drug laws?

I don’t think they work. However, it’s a weird one. I have never felt there was some looming thing over my head and for people taking MDMA – they’re hardly a problem for society. Its the same as weed, Big Narstie sums it up well when he said he has never heard of anyone selling their body or stuff for weed. I like to think it’s the same with MDMA. Even though I would never let it go that far.

Not really, just the regular ones where I had to talk to people over the phone who would say how good they felt. I firmly believe you never truly know your friends until you take MDMA with them. I used to use trouser hangers as money clips, that is more of a tragic story than funny.

Any advice for people who might want to take MDMA?

Worst place to take it first time is a club. You trip out as fuck and it isn’t comfortable. Hell, I hate taking it in a club. Make sure for your first time you do it at home or something to see if you actually like it. Also don’t be annoying and text your dealer trying to flirt with them, it gets boring.

Oh yeah, also look on pill report before you take anything. They have pretty much every pill possible on there with really detailed reviews. Just make sure that it is pure enough, you will never get fully pure ’cause pills are always cut (I don’t care what anyone says) and have a decent amount of MDMA in them. Anywhere from 140-170mg is good for a first time. Also stay away from Silk Roads pills, they are fucked.

If you are curious about MDMA and its effects, visit Talktofrank.com for more information and helplines.