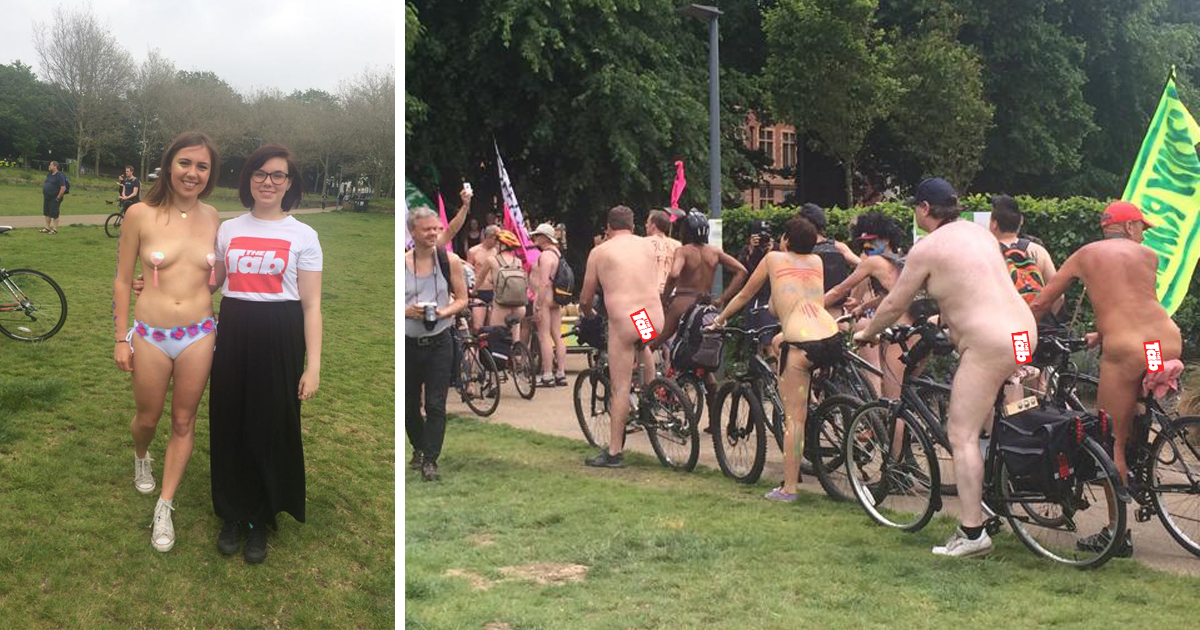 Sun’s out, bums out

Once a year, hundreds of nude cyclists take to the streets of Brighton in a celebration of bikes and bodies.

The event runs worldwide, and has been attended by nude bikers since 2006 in Brighton. This year, over 1,000 people said on Facebook that they would be attending.

We went to the Level to see what all the fuss was about. Hundreds of people came flocking in on their bikes, all in various states of undress. There were banners, boomboxes, body-paints, and even bands playing as the cyclists prepped themselves to cycle an eight-mile lap of B-town which finished, aptly, at the nudist beach.

Body-paints ranged from florals to foxes to feminism. In typical Brighton fashion, lots of women used their body paint to send the message: “Tits, not tories”. 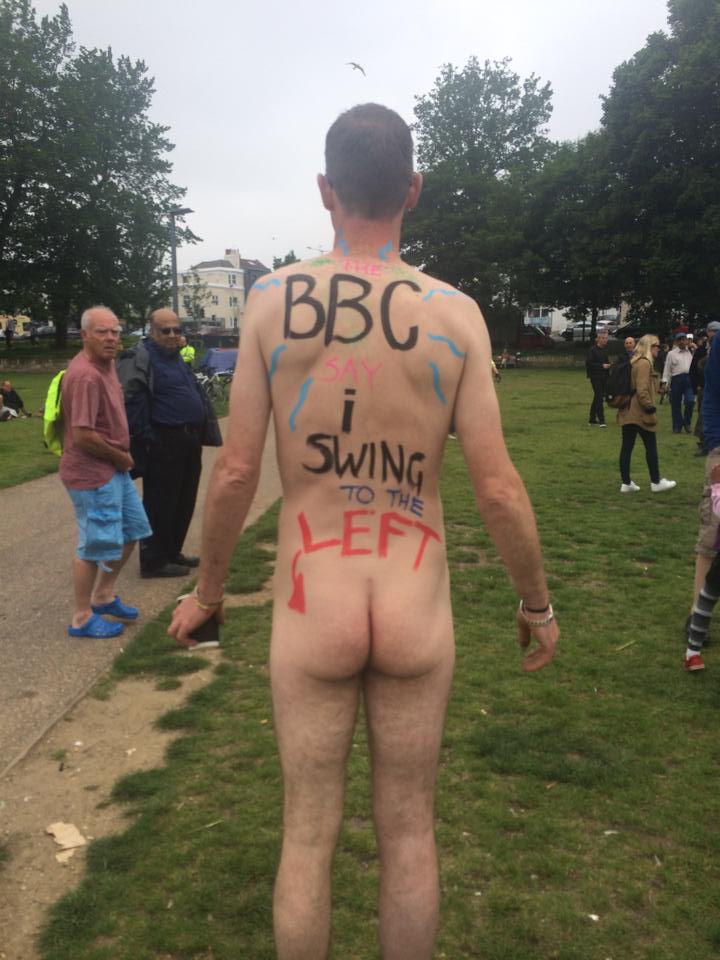 After checking out the event, we caught up with some brave and barely-dressed Sussex students who were set to cycle the 8 mile route in order to raise money for charity.

Bessie and Emi are both currently undergrads at Sussex, and both also work at the SU.

Bodies suitably painted, the girls were ready for a couple of quick questions before lining up to start their nearly-nude lap of the city. 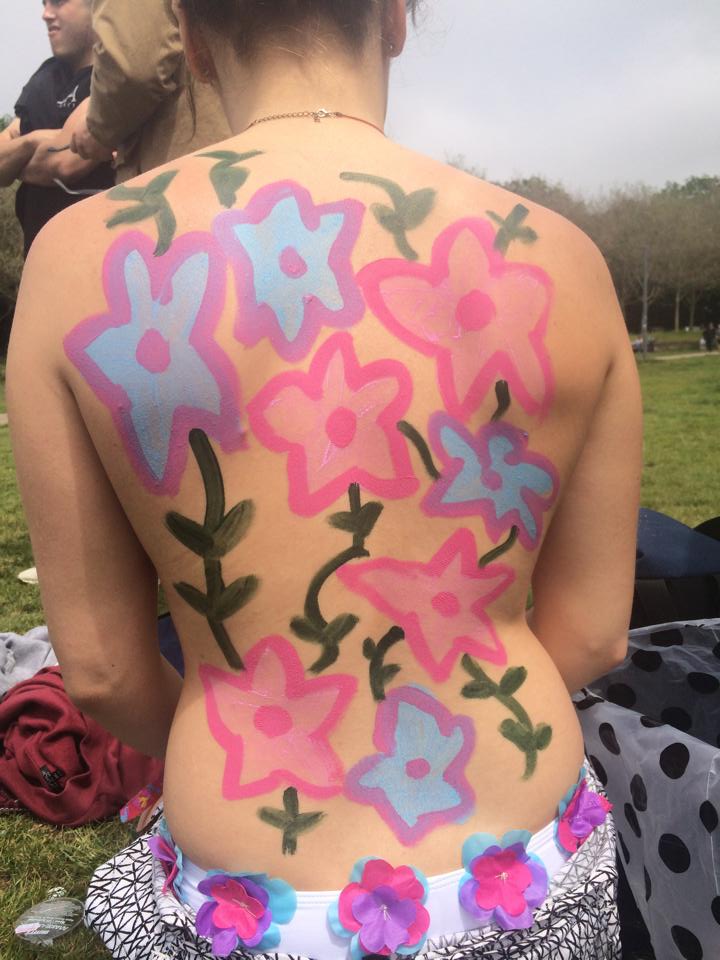 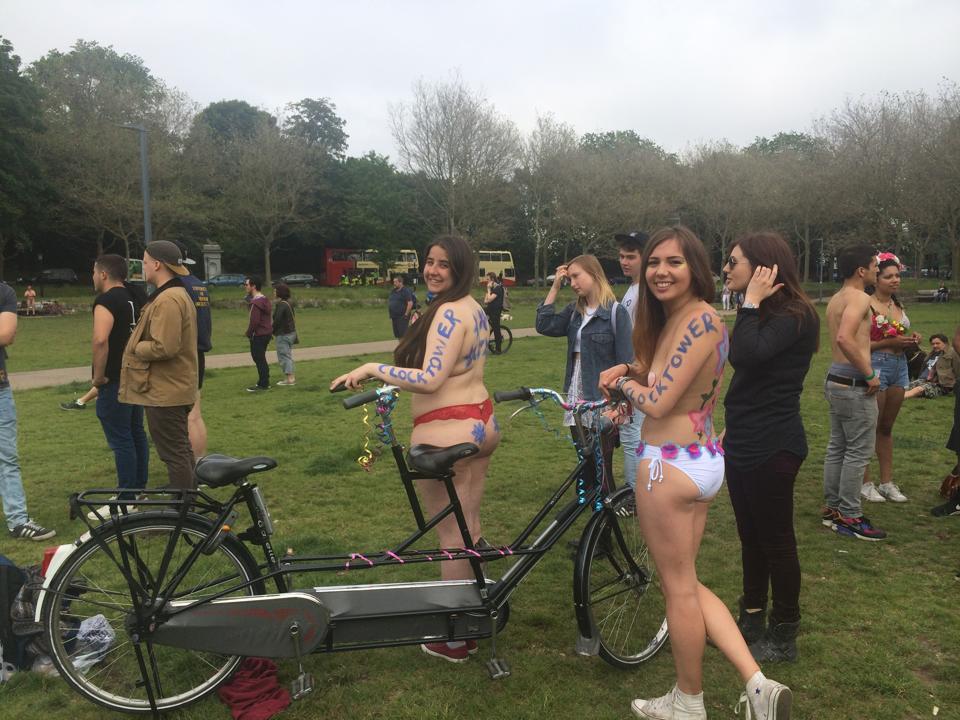 Double trouble: Emi (left) and Bessie (right) with their tandem

Who are you fundraising for?

Although the event is a protest against car culture and environmental damage, we will be helping The Clocktower Sanctuary. They’re a charity who are dedicated to helping the homeless and ending homelessness among young people. 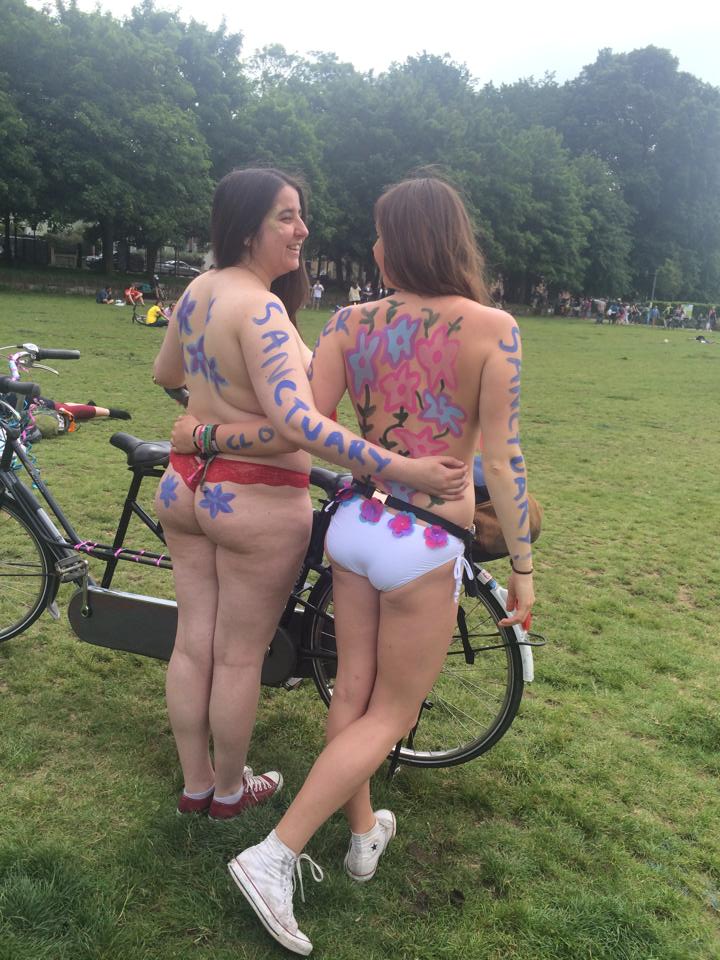 How are you feeling about taking part?

Emi: Excited! My friends have all been quite happy and supportive of me.

Bessie: Pretty nervous. There’s a lot of naked men here taking part, where are all the ladies at?

Do you think you’re up to the challenge of riding eight miles?

Emi: I’m confident. I’ll be the front of the tandem, so I have to be. The worst part physically will probably be the pain of taking off the nipple tassles afterwards.

Bessie: No, I’ve only ever biked that far on an exercise bike and even that was difficult. I’ll be the back end of the tandem so I don’t have to worry about steering, or about pedaling too much.

Emi: I’ve modeled for life drawing before, but that’s very different, so I’ll have to say no.

Bessie: I am passionate about helping the homeless, but I’ve never done anything quite like this.

Can I take a photo with you? 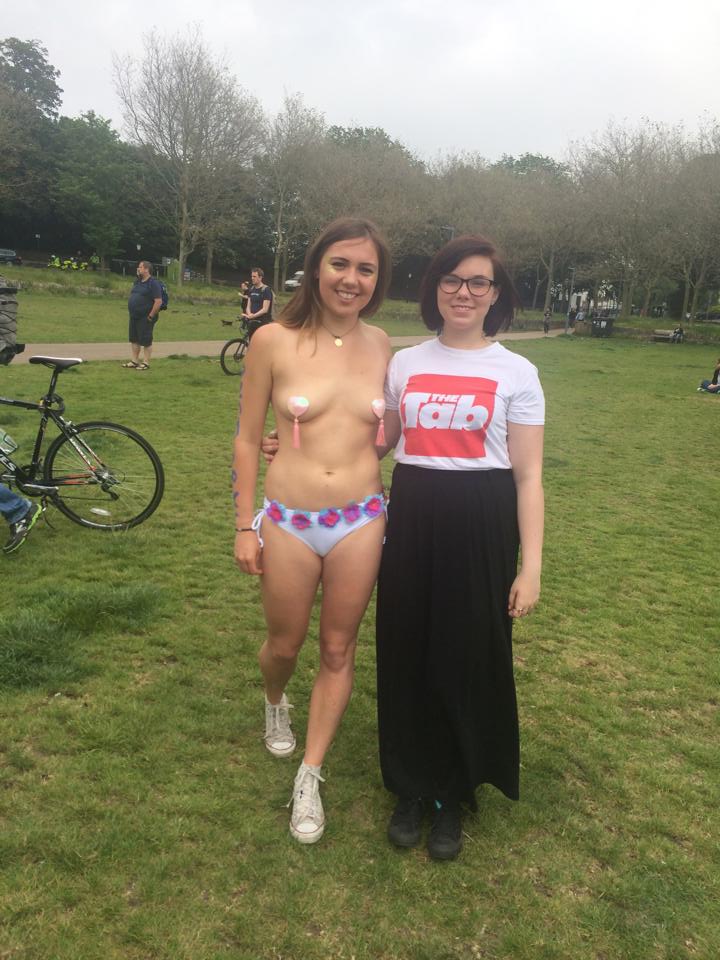 How can readers donate to your fantastic cause?

Emi: We have a JustGiving page! You can also find out more about our charity online.

Here are some more snaps from the day. 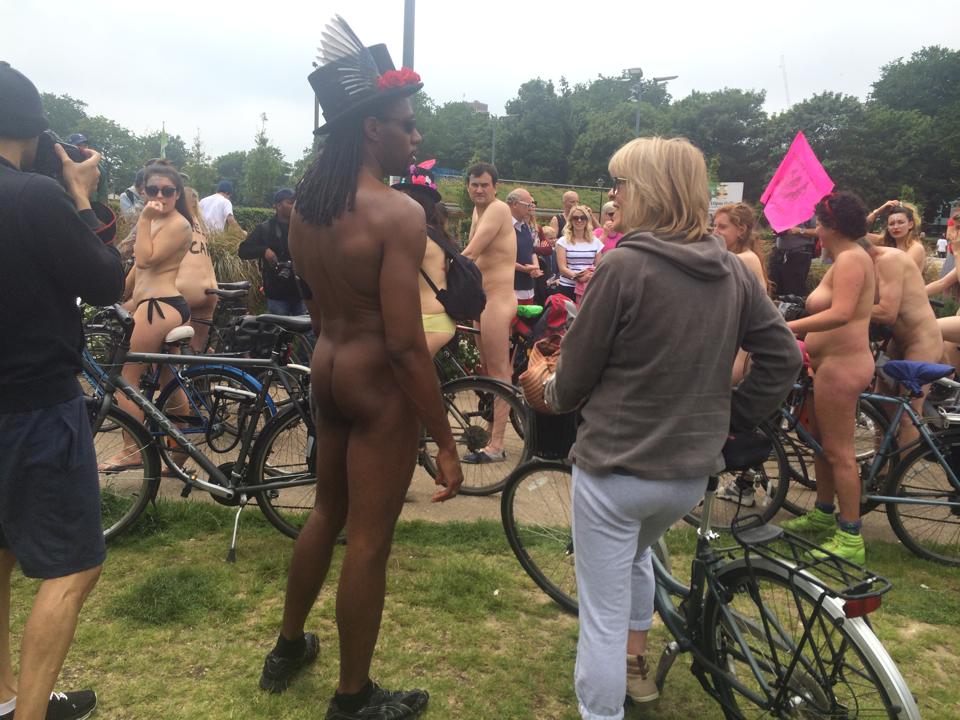 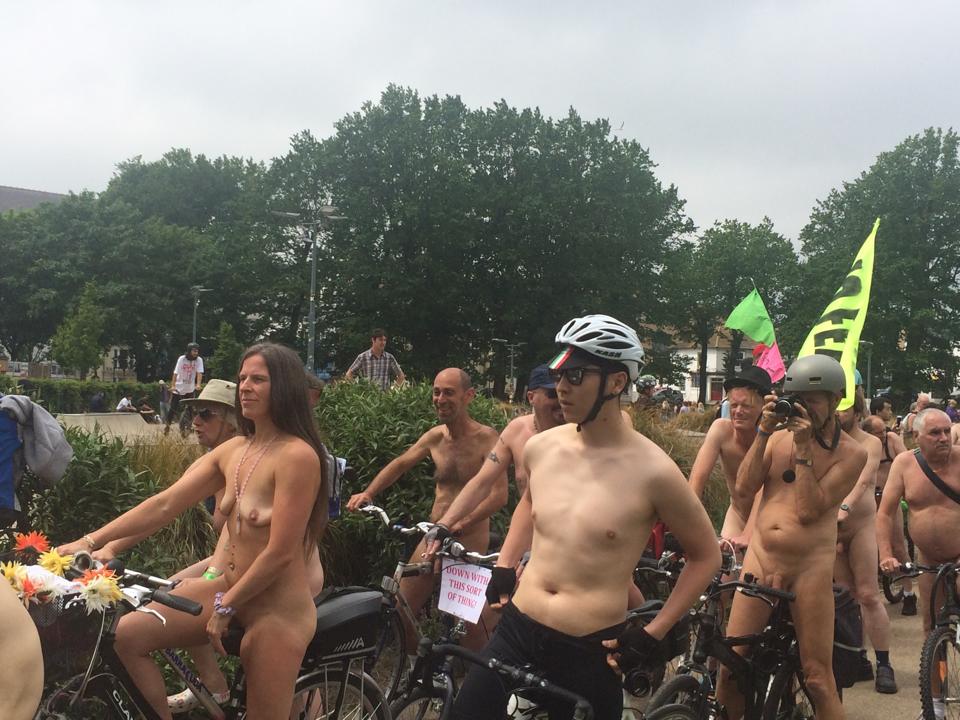 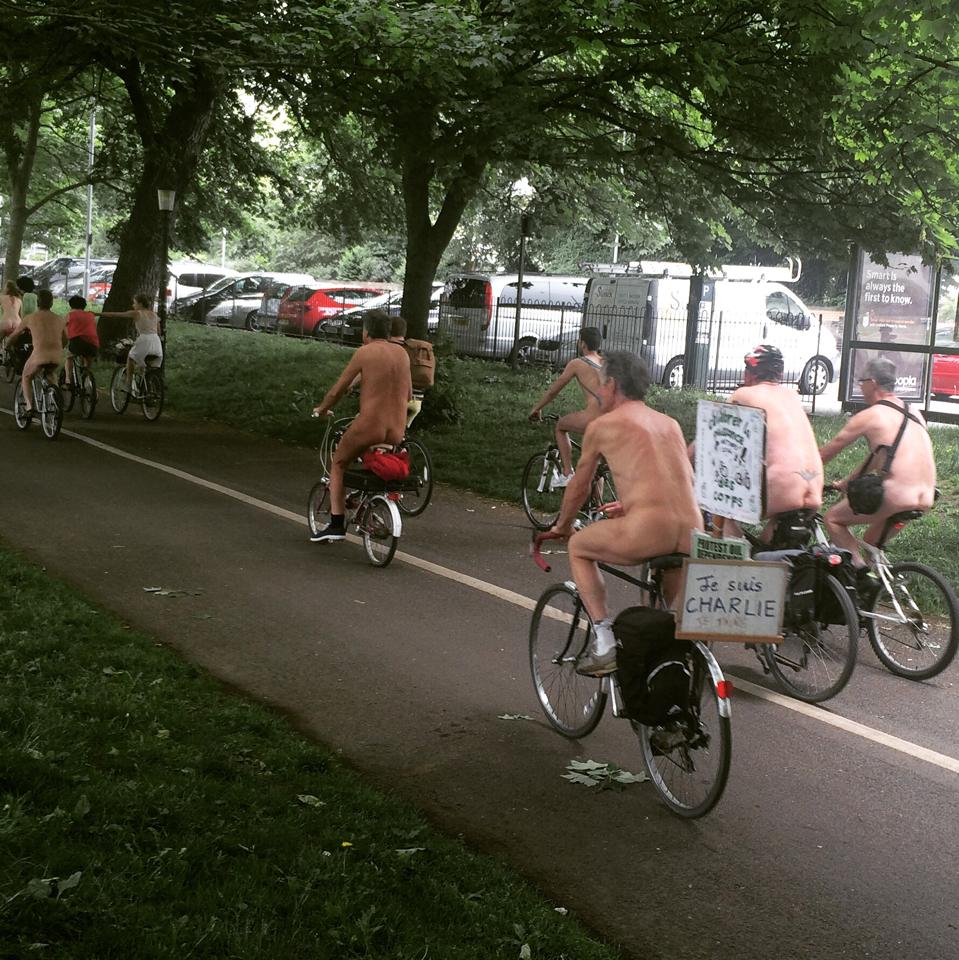 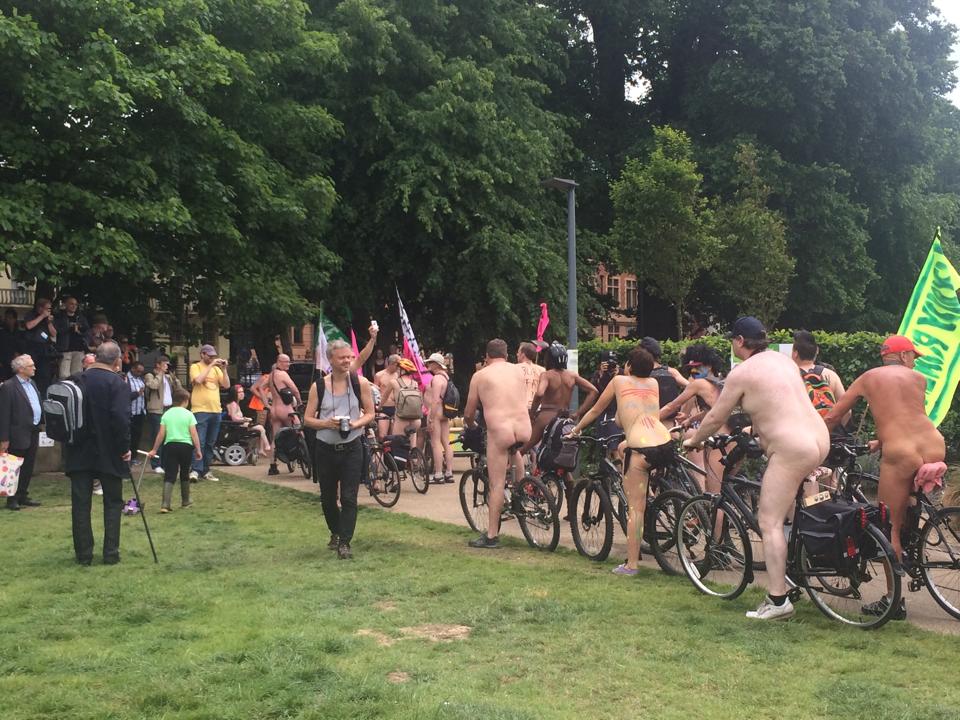 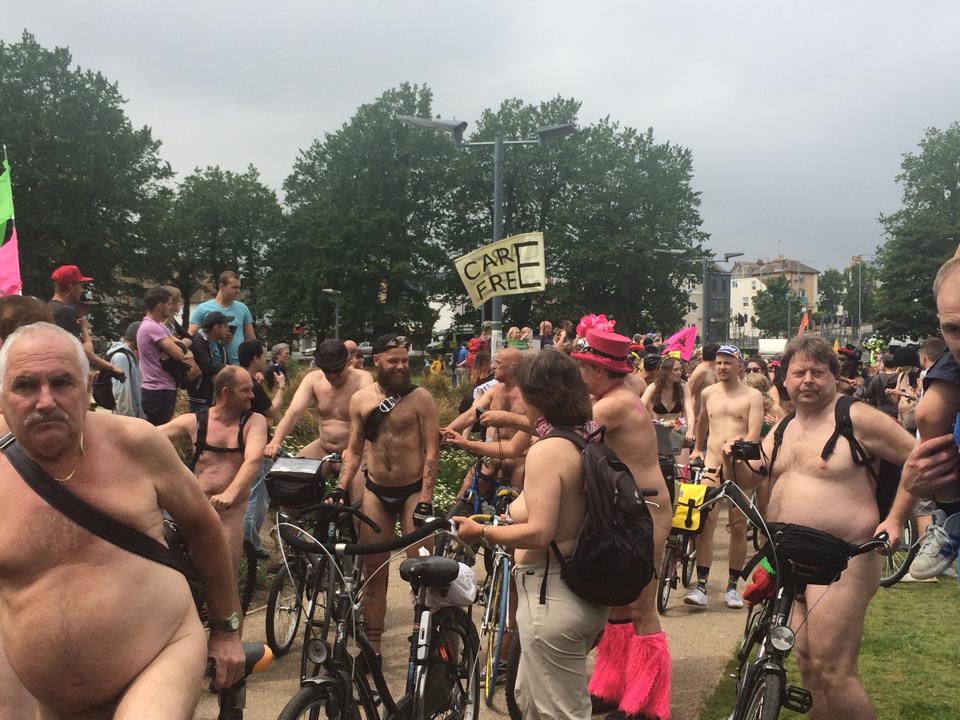 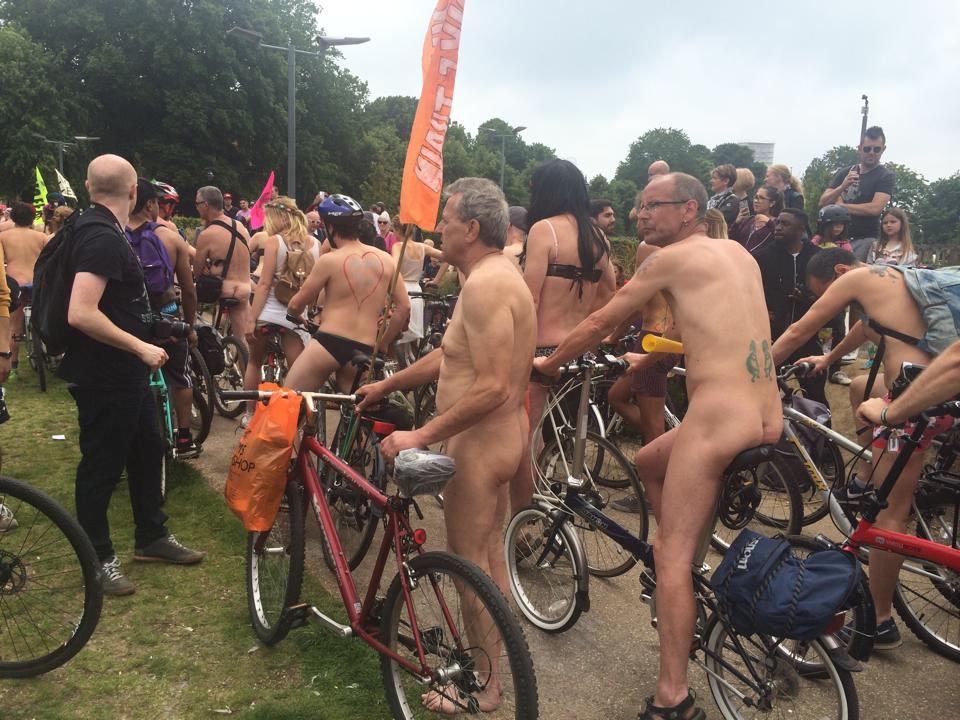