What would a night out be without road beers?

Just one for the road yeah mate

It’s 11:30 on a Friday night, and everyone’s gearing up to leave. Pre-drinks are over and the night out lies ahead – but the best part of the evening is right in front of you. As the fridge door swings open and your housemate turns to you with a twinkle in his eye, you ready yourself for the question which makes any good night great: one for the road?

There’s something about the ability to take a drink on the road which transports you back to adolescence: the sense of adventure that comes from bounding out of your front door with nothing but a warm can of Fosters as protection; the tantalising thrill of public drinking, something you haven’t felt since you were down the park as a 15-year-old with a 60cl bottle of Smirnoff Ice your mate’s brother bought you.

You won’t get this at Oceana

Who cares if you’ll be walking for 45 minutes? Who gives a shit if you have to wait for a bus in the freezing cold? Nothing after this point in the night will be as good. The hike from pres to the party is uncharted territory, and that’s what makes it so fun: everything else has been planned to a T, from the hour of departure to the number of people on the guestlist, so the only breath of fresh air left is out in the fresh air itself.

And of course there’s the endless possibility of what to take with you – for despite the name, a road beer doesn’t have to be a beer. Be it a squash bottle filled with vodka-soda-lime, a half-drunk tinnie of Red Stripe or a crumpled plastic container of rum and ginger ale, it’s up to you to choose your poison and ride into the great unknown like a noble, drunken knight on a horse made of bad decisions. 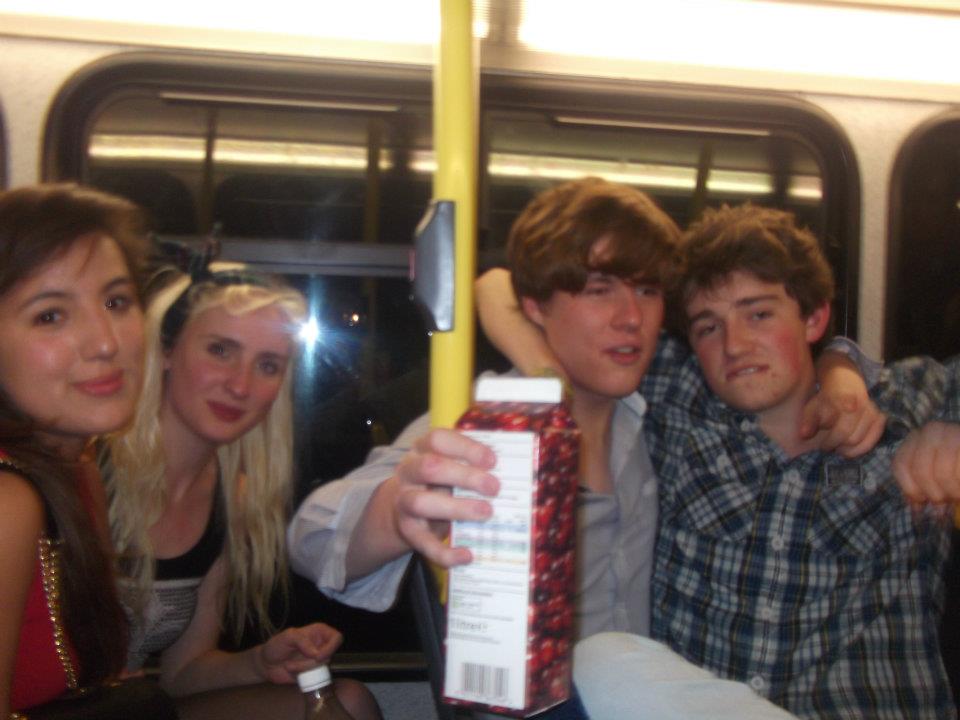 The glory days of public intoxication

Who knows what will happen? You’re not confined by the etiquette of pre-drinks, so you won’t be tutted at by Jenny off your course for spilling Coke on her carpet. Likewise, you won’t be palmed off by barmen and bouncers for yelling too loudly or falling over your own feet, or shunned at the house party for being an absolute state. In the realm of road beers, you’re only accountable to three things: yourself, your friends, and the open road.

You don’t have to worry about pulling on the top deck of the bus, and decorum isn’t an issue on the leafy walk into town – the only people here are your friends, and they know you too well already to care. After all, there’s no bonding quite as special as a few too-strong sips from Laura’s hipflask, or waiting for Danny as he bolts down his Carling before you get to the queue.

The memories you’ll cherish won’t be made in cramped living rooms talking to friends-of-friends, and neither will they be shouted on sweaty dancefloors. They’ll be made with your closest mates, climbing over bus seats, screaming at the top of your lungs in the back of taxis or bear-hugging each other in strangers’ front gardens.

In the rush to get to where you’re going out, sometimes you’re so focused on the destination that you don’t realise what really matters: the journeys, and the road beers that make them.