Thousands march to Reclaim The Night in Glasgow’s West End

Thousands of people marched through the West End on Wednesday night to raise awareness of sexual violence.

The Reclaim The Night march marks the start of 16 days of activism for gender-based violence, and aims to highlight that women should be able to walk through the city at night without fear of sexual violence.

The march was organised by Rape Crisis Glasgow, who said they now receive around 500 calls to their helpline every month, compared to 180 in 2011. 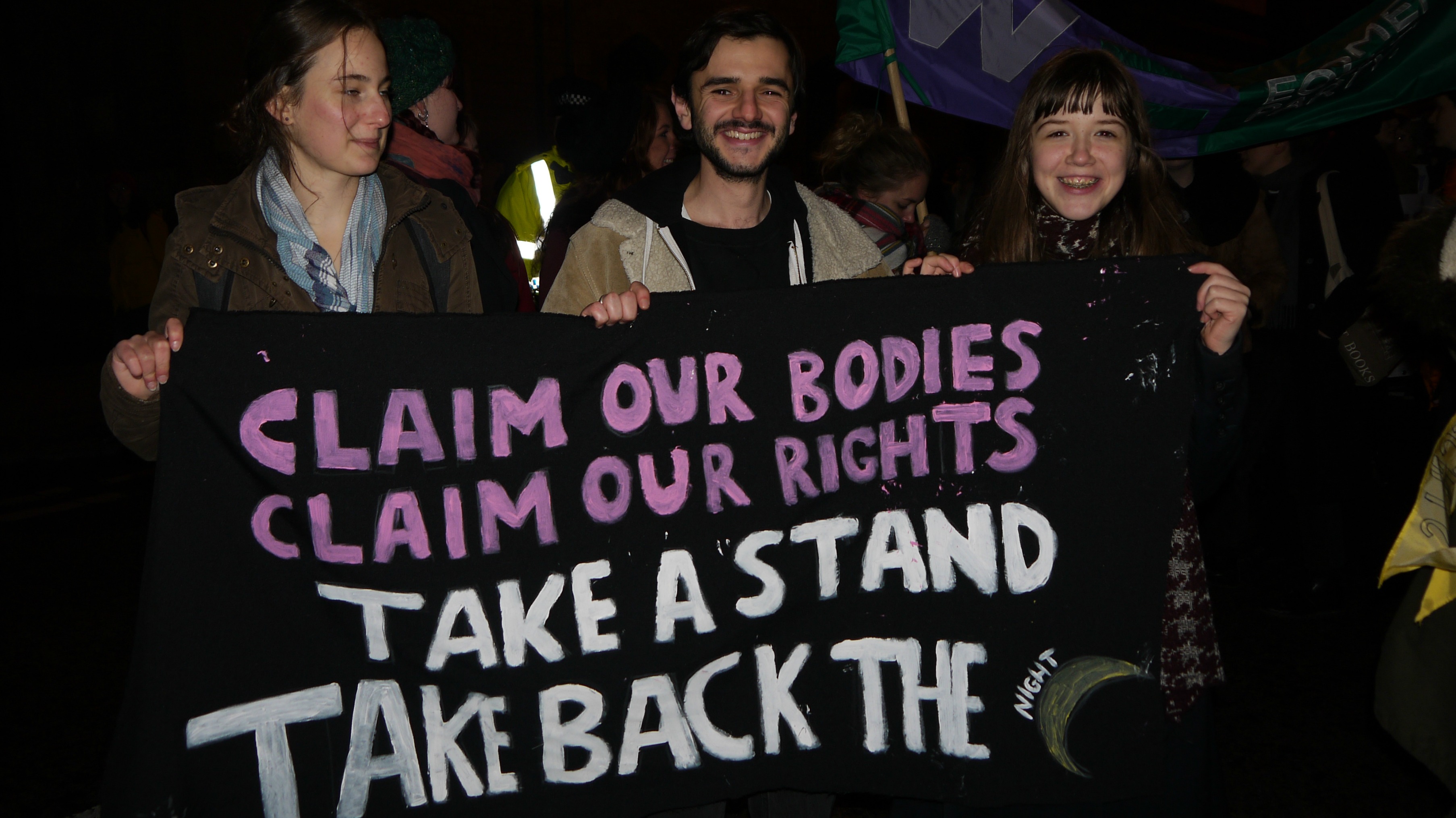 The crowd of campaigners was led by all-female drumming band SheboomDrums.

Many people carried banners and joined in chants like: “Who’s streets? Our streets!” whilst walking through the West End.

Strathclyde Women’s Action Network were there and said: “The march is a good way to bring people together and make a stand against this violence. It is to reassure everyone it is a minority of people that commit these crimes and the general public will not stand for it.

“These streets belong to us and we should feel safe to walk down them and not feel intimidated to do so.” 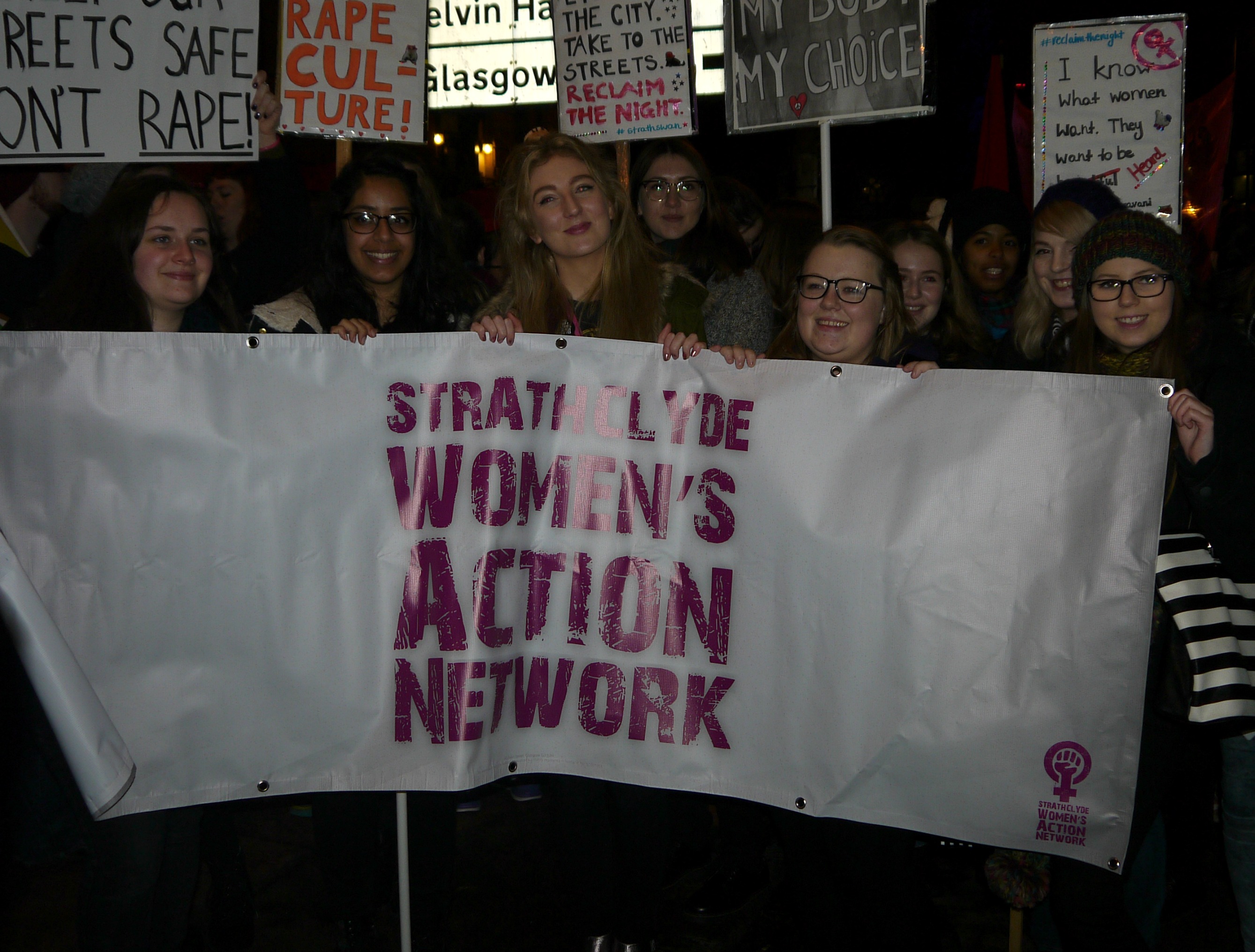 Reclaim The Night comes just after Rape Crisis Scotland published their latest annual Social Attitudes Survey, which showed “only three in five people in Scotland think a woman is not at all to blame for being raped if she wears revealing clothing (58 per cent) or is very drunk (60 per cent).” 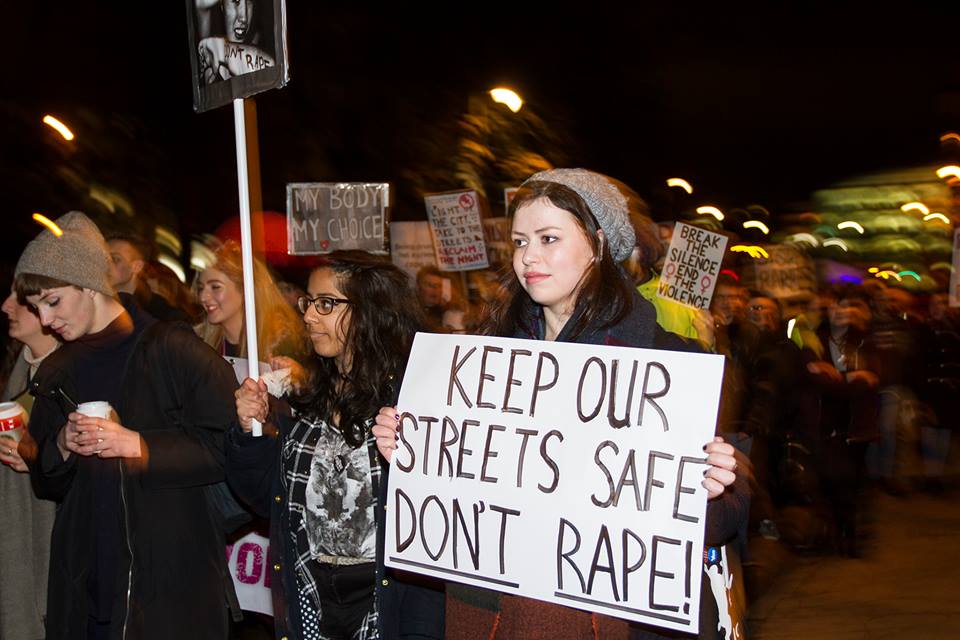 A large number of students were present and spoke about how the threat of violence in Glasgow affects their lives.

Katie, a third year Psychology student at Strathclyde, said: “When I go on a night out with my friends, we have to plan in advance how we’re going to get home and even have back-up plans and measures we agree to take if anything goes wrong. We shouldn’t have to do that.

“This march matters to me because I want to be able to walk home without a genuine fear of being raped or killed. I don’t think that’s too much to ask.” 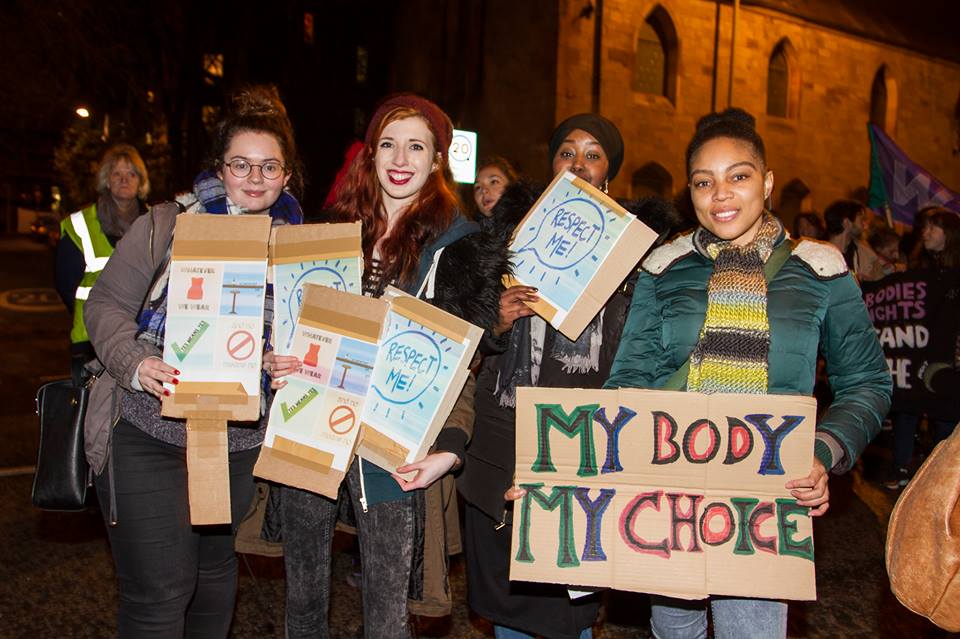 The march ended at the Scottish Trade Union Congress building on Woodlands Road, where the rally took place.

Dame Denis Mina and Susan Calman spoke about their decision to become patrons of Glasgow Rape Crisis Centre and Emma Ritch, executive director of Engender, talked about why there is still a need for centres for women affected by gender based violence.

The Glasgow Feminist Collective said: “The march was fantastic this year in terms of how colourful, loud and powerful it was, and it’s wonderful to see lots of new groups represented this year like Free Pride, and lots more children & young people on the march.” 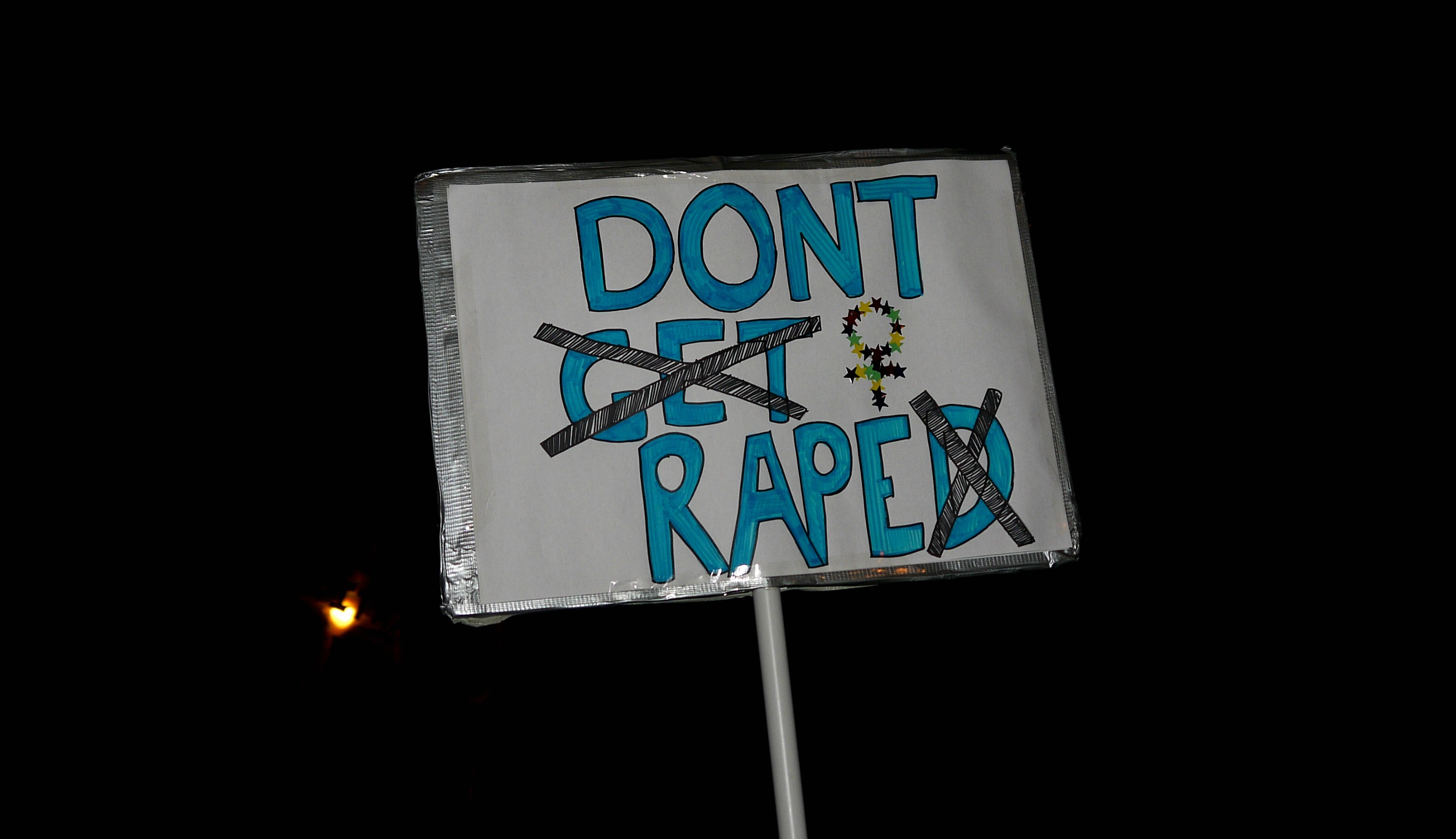 If you need support after experiencing sexual violence, you can contact Rape Crisis Glasgow.

University of Strathclyde rugby players raise over £28,000 for charity by shaving their heads

Shaving the day one head at a time

You’ll learn how to slip over gracefully on ice

Editorial applications are open for The Tab Strathclyde

You can sign up to be a writer, too

Can we all just agree that student politics is a total farce?

The NUS is an embarrassment

Craig David is coming to Glasgow

Let me fill you in on it

Apply for The Tab Fellowship at Strathclyde

There are ten spots

25 most inspirational women in Glasgow

Who run the world? Glaswegian girls

Where to eat out in Glasgow

Vote: What will you miss the most about Strathclyde?

Probably not the hills

Who can refuse a munchie box?

Everything you’ll recognise from your commute to Strathclyde

Why you should join The Tab Strathclyde next term

You know you wanna

Thousands march to Reclaim The Night in Glasgow’s West End

Your complete guide to being a Glasgow uni wanker

Chenxin’s coat game is on point

It is forecasted to snow in Glasgow this weekend

There could even be blizzards

40 students walked out of their classes for ‘Day of Solidarity’

It was to support migrants and international students