One step too Phar: Whole question missed out in Pharmacy exam cock up

How has this been allowed to happen?

Shocked second year Pharmacists were confronted with an exam paper that was missing a question.

The exam was supposed to be four essay questions – but when students turned over their papers they saw the last question wasn’t there.

The exam represented a hefty percentage of their overall grade.

Now bungling staff have apologised in an email saying: “The missing exam questions appears to have been a typo, due to an error on my part.” 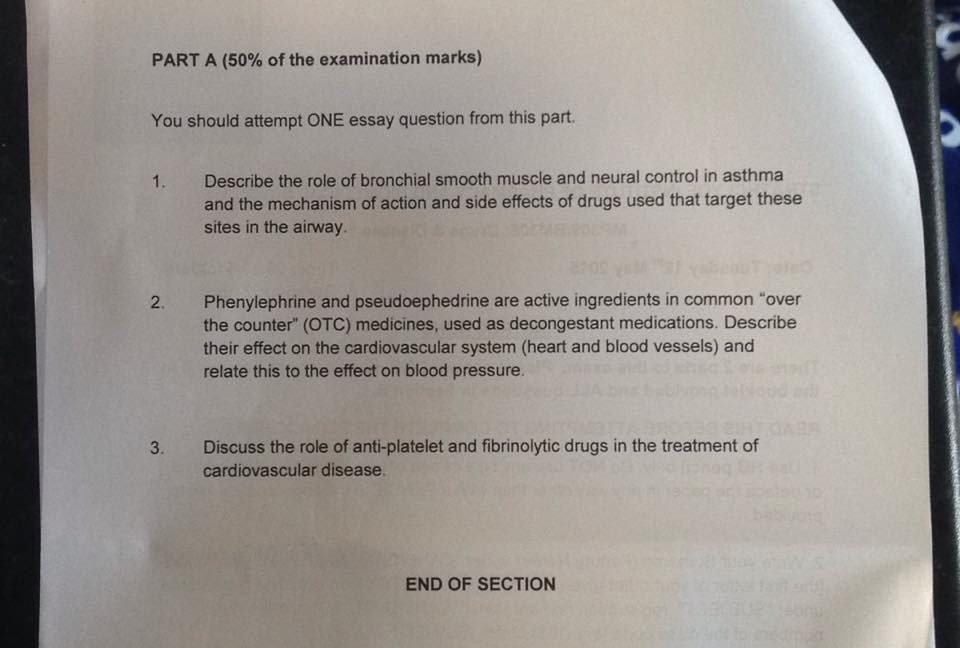 Q4 nowhere to be seen in the Pharmacy paper.

After realising that there had been a catastrophic error in the exam hoards of irritated second years emailed their class coordinator.

Daniel told The Tab: “My question is how can they not proof read it? I mean it’s four essay style exam questions and missing one out puts us at a huge disadvantage, effectively narrowing all the material we have learned into a smaller tunnel.”

“As a consequence, my exam isn’t anywhere near a true reflection of my knowledge, as a huge chunk wasn’t examined.”

But this hasn’t been the only exam blunder.

A  medicinal chemistry exam asked students to draw the completely wrong drug molecule and students were only told about the extra time 10 minutes before the end.

One student said: “This effectively meant the first half of the first question (worth 17%) was wrong.”

And the Pharmacy students aren’t alone. Mistakes have been reported across the departments.

For second year law students a mix up of names in their exam caused great confusion as well as spelling errors and ambiguity in the questions.

Additional time ultimately had to be added on to the exam.

Law student Amy told The Tab: “It was a bit confusing. I’m sitting there trying to think of an answer that will make me pass the exam but how can I do that if the questions don’t even make sense due to careless errors.” 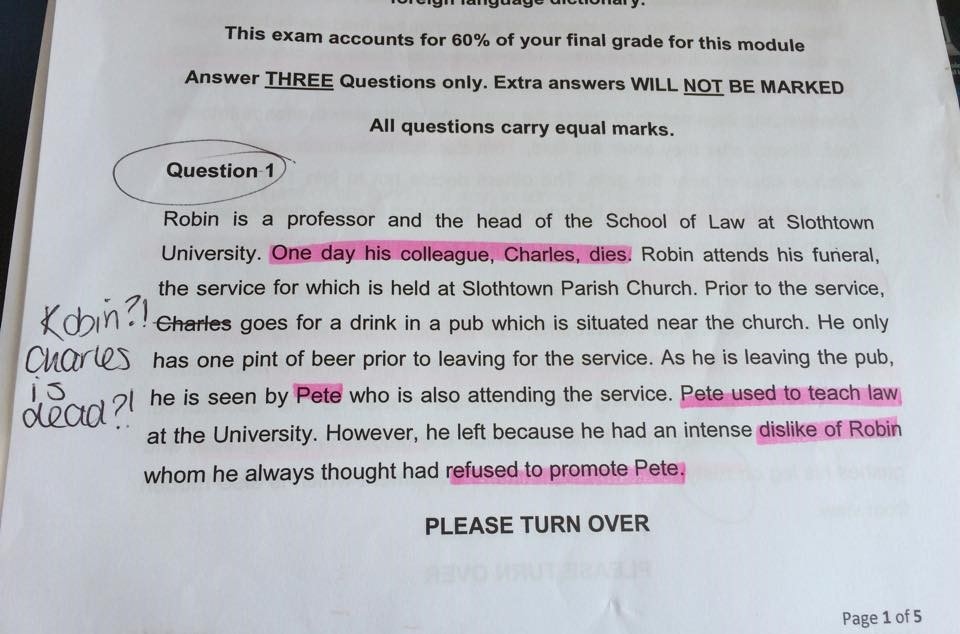 Again, in the Italian culture exam a section was missing from the paper meaning that unfortunately students could only answer from a certain topic.

So why do these errors happen and how can they be prevented in the future? Human error is understandable but these mistakes are all too frequent and all too serious to ignore.