You may have noticed that most newsagents in the city centre are now de facto headshops. The counter backlit with a kaleidoscope of bongs,grinders, blunt skins, rips and “room odorizers” – or poppers.

These little bottles of chemical-fun are sniffed to, “give a head-rush ‘high’ that lasts a couple of minutes” and for, “enhanced sexual experiences” according to our friends over at TalkToFrank.

There’s a massive queue for drinks at the bar? Sniffed your last wrap of MDMA? Shops have stopped selling booze? No problem.

People mostly take them on MD to intensify the high throughout the night, as a quick way of coming back up to euphoria. The effect is brief, but bright and brilliant. For students, scene kids, ravers and sexual beasts, poppers are a staple drug accessory these days in nightclubs, at flat parties, and -this is essential -on benders.

Two or three years ago, a bottle cost £3, now it’s around double, with more and more places stocking them from demand. I was quoted £6.99 from a Newsplus in the city centre and even my silver-tongued repartee only managed £1.50 off.

After seeing innumerable poppers gaffes and faux pas’ over the years, here is a rough guide to basic etiquette.

The most formal exchange of poppers ever

Always have your money ready. There is nothing more pitiful than wide-eyed, grown adults scrambling together for change at 3am to buy a bottle of solvents to abuse. This absurd display has held up many late night queues. Preferably leave the shop without cracking the bottle open for a hit. 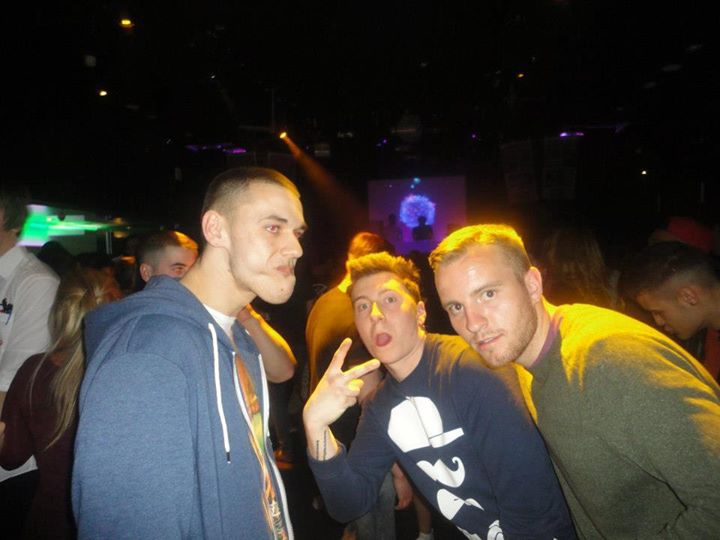 When sniffing on a dance floor, do so slyly as bouncers may chuck you out, or pocket the bottle for their afters – probably both.

Worse, a sweaty guy on his own will approach asking for a “go” or a “shot” and try to regale you with an unfunny story while huffing your shit.

Avoid being noticed by groups and being too altruistic for your own good. Having four or five people crowd expectantly around you drains the bottle rapidly, and increases chances of someone dropping it or bouncers noticing.

“Aw, can you chuck me that bottle back, my mates are really sound and didn’t get any.” No you fool. 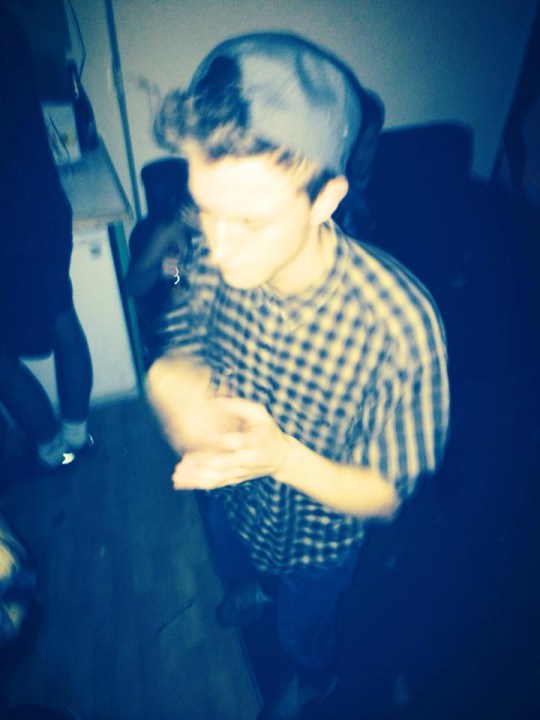 Don’t leave the top off. Ever. The liquid goes dead and loses strength and it smacks of being a rank amateur. Don’t be the guy that puts the bottle down with one hand, and the cap down next to it with the other, as has happened untold times.

Despite the packaging, doing this will not “odorize” your room with lovely-get-high chemicals for everyone to take in. It’s labelled room odorizer to get around the fact people are buying it legally to get high. Stick with Febreze for that chat.

Avoid drinking them as they can kill you. At a party once in second year, a guy had a beer in one hand and poppers in the other. He was so wrecked that when he felt his mouth was wet he freaked out big time, as he didn’t know which he’d taken a sip of.

Luckily it was just the Carling.

Apparently this is how people inhale them

But don’t ask, “Doesn’t it just widen your bumhole?” as some people always do. Gay guys often use poppers to have sex as it’s a muscle relaxant, but it doesn’t have an exclusive line to your ass, contra popular myth.

Straight people use them for excellent sex too, and not just students and ‘young people.’  JFK was notorious for it, and unlike you, he made it with Marilyn Monroe and a whole string of amazing women and was leader of the free world.

It’s all very glamorous, you see.

Really, poppers have a lot of utility value for many different things, and are worth unsheathing from your party quiver. And if you end up pulling, then I really do mean lots of different things.

So, if a good night for you is drinking booze, taking chemicals and huffing solvents, you clearly live on the edge. These points may just help you falling over it.