Stella Coulter, 20, from New York City, began modelling in her second year at St Andrews. She said after seeing her friend in the show during her first year she wanted, more than anything, to be involved.

After she became a model last year, Stella felt that without viewing FS in its entirety, she wouldn’t be on committee this year.

The Tab St Andrews sat down with Stella to ask her what it’s like modelling for the biggest fashion show in St Andrews and how it feels bearing-all in a room full of university peers.

Was modelling what you expected?

"I was really fortunate in that I got to see the show my first year. We definitely had more practice than I was expecting because the choreography is amazing. It’s a lot more work than people expect!"

What has modelling made you feel more confident about?

"I think everything to be honest. I used to hate being photographed. My dad is a photographer ironically. Modelling changed my relationship with the camera significantly." 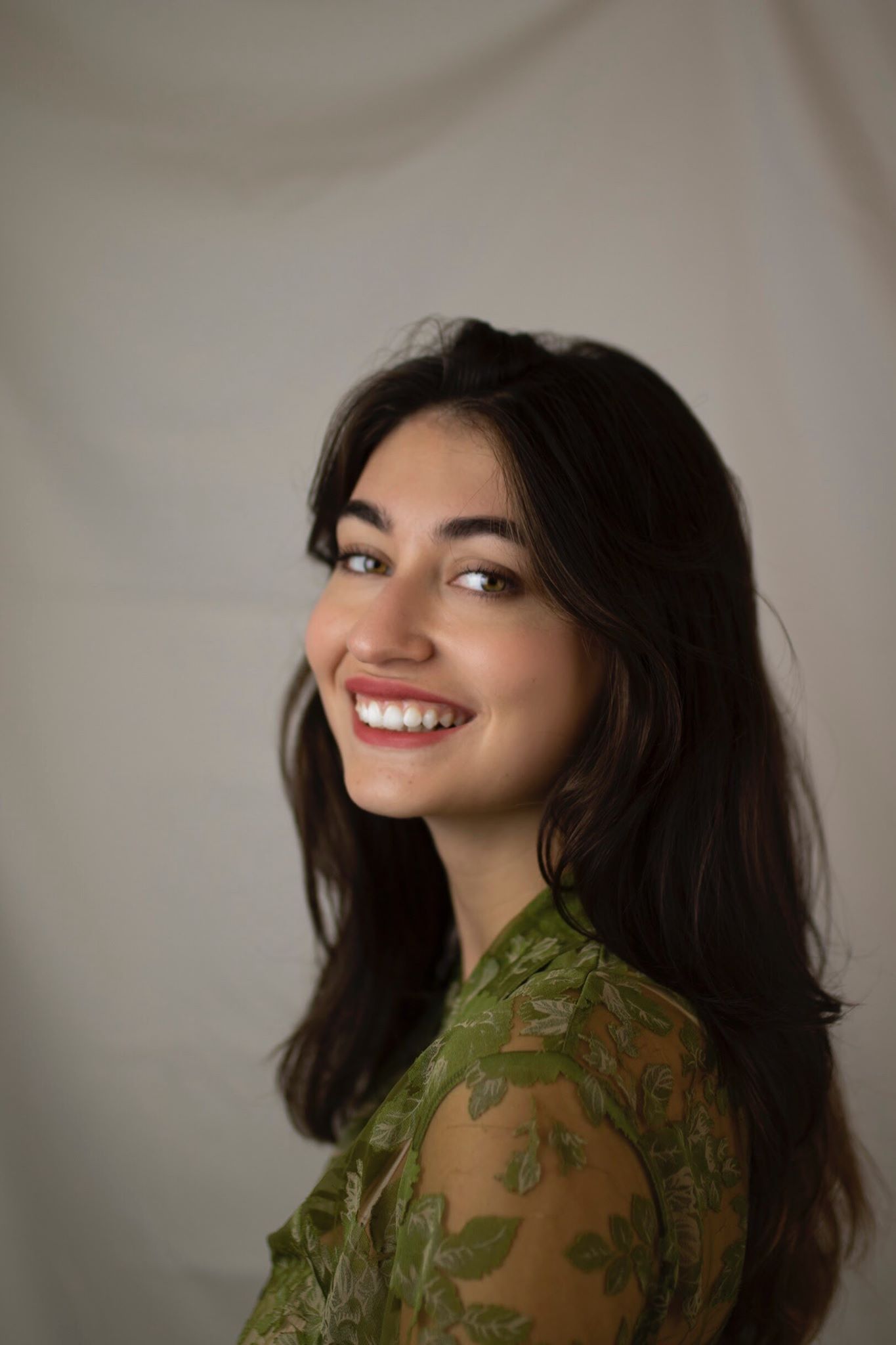 How do you find the more intimate shoots?

"It's just kind of what's happening at the time and you don't think of it as intimate or romantic. I mean it's kind of like acting."

"To an extent. It's not fake but you're not making those kinds of connections when you're on the stage. Even though we may look serious, you're really having fun and goofing around. The second we get off stage it's high-fives because we didn't mess up a walk. We want to take it seriously so we can have fun after. It's a huge celebration when we come off the catwalk."

Is there any moment the show changed your view on modelling?

"I think for me, getting to know all the models, they're all gorgeous and so confident in their own way. For us it's so empowering because you're making this decision for yourself and I think that, especially in our day and age, and for women in general, they aren't allowed to just love their bodies.

Beauty is so often by someone else’s definition, and when you think of yourself as beautiful you become vain. I think we are helping change that narrative."

Do you ever feel nervous about getting up on stage in lingerie?

"To go up there and be on that stage and take your clothes off in front of an intimate setting (a large group but still people you see on a daily basis) is a really amazing way of saying: 'you know what, this is my body and I think I look great'.

Modelling throughout the show is totally not contingent on participating in the underwear element of the show. They ask us early on if we’re interested in taking part and most (but not all!) make the decision for their own reasons.

Personally, I was tired of feeling that if I showed any part of my body that people wouldn't respect me anymore. You know, I go to class the next day and everyone listens to what I have to say. Nobody is saying 'I saw her ass yesterday!’"

Do you think modelling is a feminist experience?

"Yes, but I don’t think it has to be exclusively feminist. The guys are up there doing the same exact thing. It’s important to remember that our student body is about 60 per cent female. The people in the crowd are usually cheering the women on, not ogling them and commenting on what they look like. The idea of women doing it as a feminist statement is an oversimplification.

I struggled a lot when first becoming a model (for FS) with “am I okay with photos of myself on the internet?” To me, the issue is that I even have to ask myself that question. The only people who sometimes show concern are older generations who have more conservative views towards body image and women’s bodies in general. I think moving forward people aren't going to care, in fact I think this new push for women to define their own body image will be lauded in future."

Has the show made you feel more respected?

"I now think I have nothing to hide. That means a lot when you go into a room. A lot of it was in my head, once you've been in the show, people don't care whether you were in your underwear on Saturday. I think it's given me a huge boost of confidence that people aren't thinking about what happened on Saturday when I go into class on Monday. That boost of confidence? It means a lot."

What made you want to audition?

"To be honest I didn’t plan on attending the casting but my boyfriend had been scouted and said he wouldn’t go unless I went with him! I had a horrible cold and I hadn’t washed my hair in days. I still went, thinking it would be nice to support him, and we ended up both getting call backs and then asked to join the show!

I wish more people would come out and audition than do! I think in the past fashion shows in St Andrews have gotten flack for not recognising how diverse beauty can be. I think that it really comes down to society at large and the bodies that are represented in mass media. 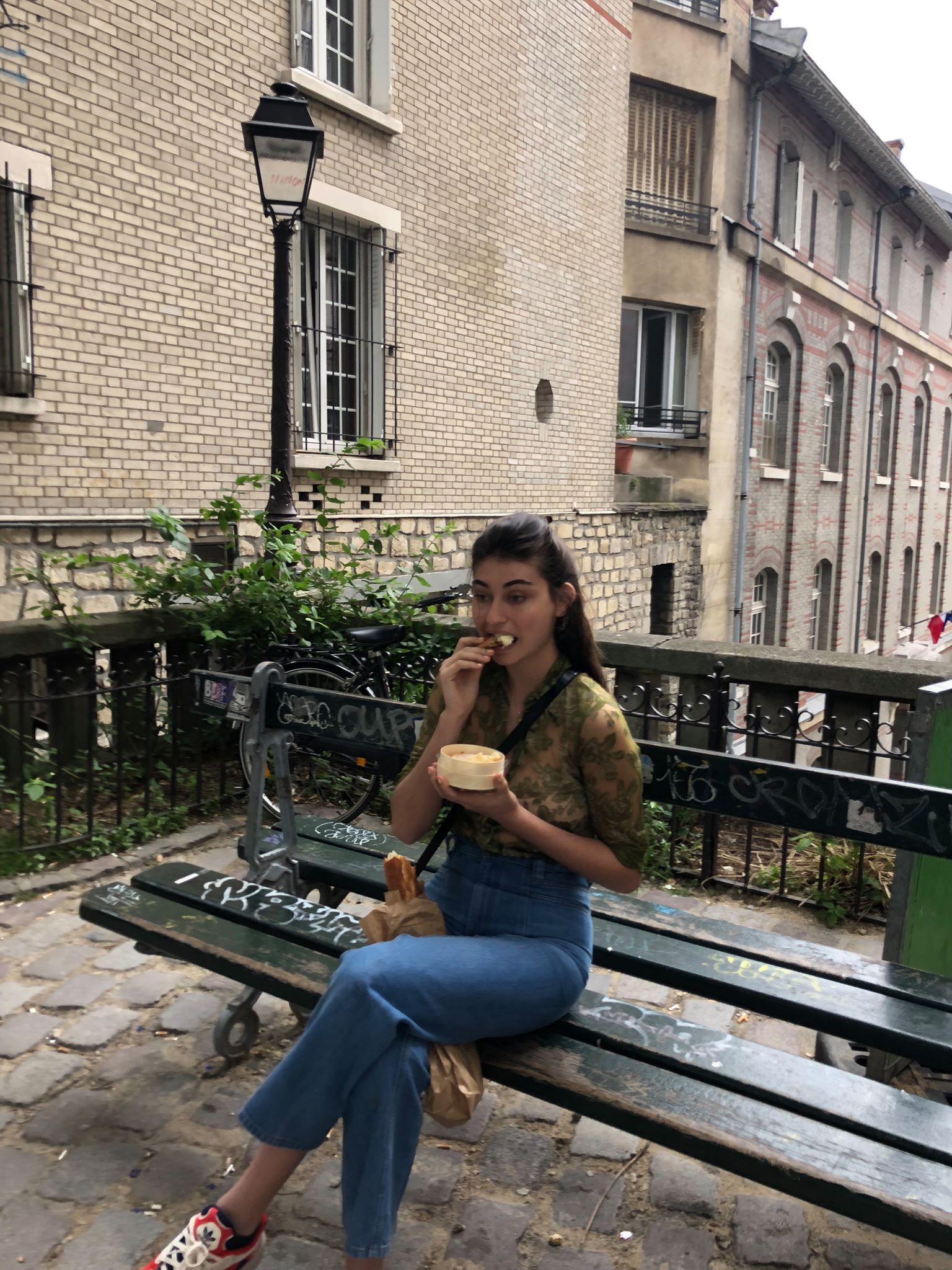 Stella on her day off

How do you balance being treasurer and a model – do people have misconceptions?

"I liked it because I saw a bit of a juxtaposition between model and ‘money person’, but people have been totally receptive, which for me really means a lot. I guess people took Legally Blonde just as seriously as I did!"

Do you feel like modelling for a university fashion show will impact your future?

"Going forward I'm mostly looking at business in fashion. Pretty much any time that I go into an interview, FS is mostly what's talked about. We're all getting university degrees from amazing universities, it's no longer a stand out qualifier, whereas FS is something that really doesn't happen anywhere else. To have that experience really means a lot to employers. I mean people my age haven't really dealt with money the way I have as treasurer."

Stella is a model with FS, and details for the show can be found here.