Here’s everything I learned at the Alfred Dunhill launch party

The Alfred Dunhill Links golf tournament is one of the most prestigious events in the golf calendar, with pro golfers competing for the lion's share of a US$5 million.

Celeb players this year include Bill Murray, Jamie Redknapp, and Justin Timberlake, who will begin play on Thursday.It's the only tournament in the world which pairs golf pros with celebrity partners for another chance to win. This year I went to their launch party and here's everything I learned from partying with golf's biggest celebs.

The most experience I have with the golf is with wii sports, and I was even shit at that. So I was stuck thinking about what I could possibly achieve here. My mind was in overdrive on the way there. What if I’m under dressed? What if the bar is super expensive? What if I get talking to JT and he invites me to an afterparty? (Spoiler, he didn’t.) 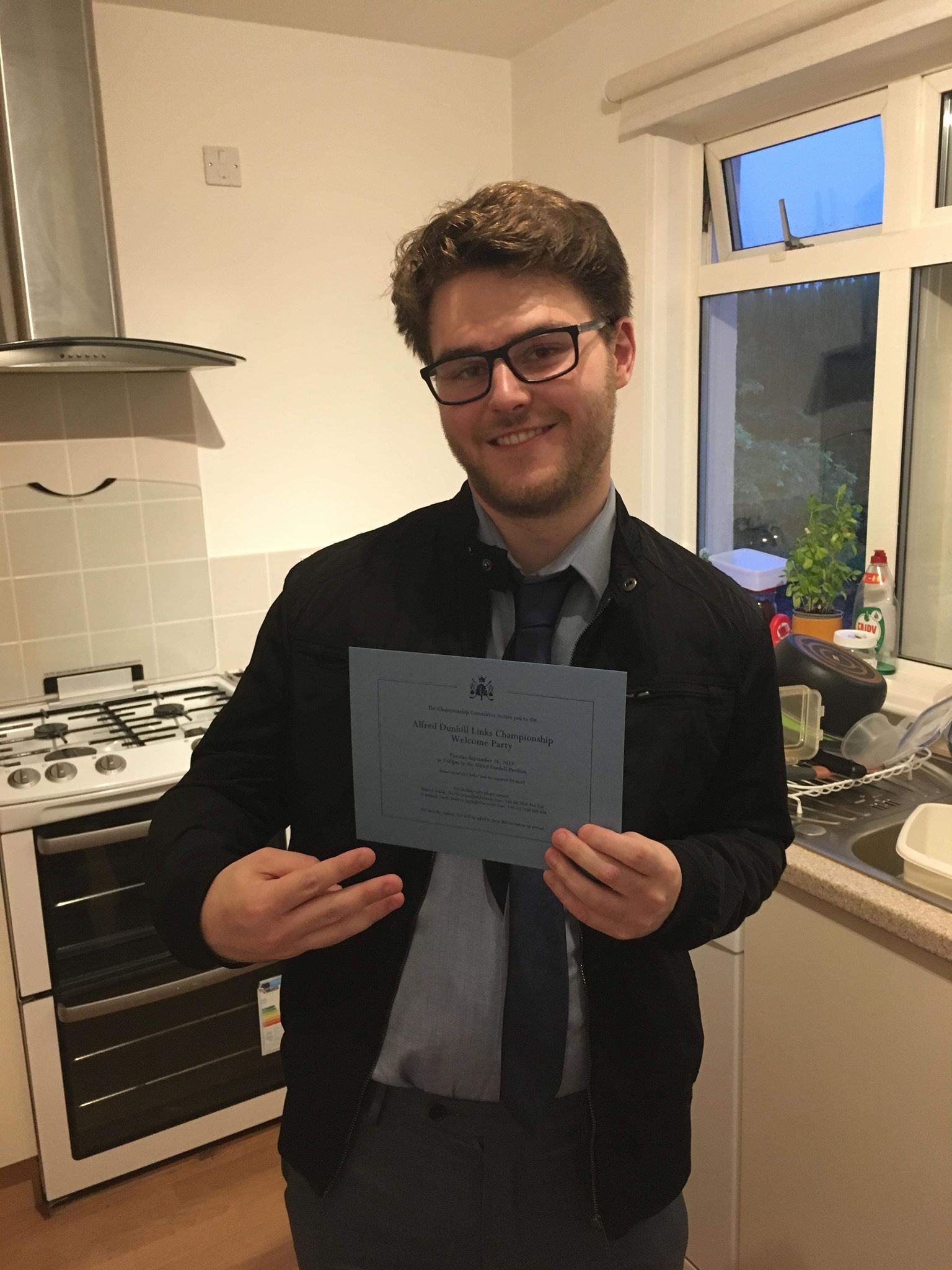 This year the opening party took place on Tuesday night (presumably so nobody has to play golf with a hangover), for the pros, celebs, and various benefactors to get together and talk about golfing and how posh they are.

You need an invite and friends in high places to go

This event is strictly invite only, of course. Somehow I managed to get my hands on a ticket, so if you’ve ever wondered what it’s like inside a party for the upper-class. Even as a St Andrews student this was hard to beat.

I only managed to get a ticket because my girlfriend was given some by her work. We only knew we were able to get them about an hour before the event started, so the fact we were going had barely registered until after I’d shaved, changed into a shirt, and ordered a taxi.

You don't need to know anything about golf (most celebs don't)

Pro-golfers are known to give their celeb partners hot tips about playing on the Old Course green. Celebs' foul balls have now become stuff of legend.

The drinks were FLOWING

After the main speech of the night, a lot of people started to head off, despite the event having a free bar and being open for another hour. The barman even adopted a "say when" approach to whisky pouring. Time to get wrecked boys.

It's even posher than you thought it would be

As soon as we went in we got asked “Can I see your tickets sir?” The doorman asked. I was genuinely shocked, I don’t think I’ve ever been called sir in my life. As we entered the venue, we were approached by yet another attendant. “Can I take your coat sir?”. I could see myself getting used to this, I thought. We were offered a glass of champagne, and then it was time to go look for celebrities.

If you're badly dressed you'll probably be fined

The compere gave a £100 fine to Brian McFadden for the "worst dressed and hair combo", deservedly so given his Hawaiian shirt, before talking about the speed of play during the tournament. He routinely referred to people by only their first name, which really showed how much of an insider event it was.

Despite stories that he had been involved in a car accident during the day, Bill Murray had come to the event, and was talking to some waitresses. After hovering around him awkwardly, debating whether or not to talk to him, he was approached by a group of girls, who he asked "are you friends with the waitress?". After one of the girls said no, he said "you should be, go talk to her" and swiftly made his exit.

And with that my glimpse of the poshest people in St A was over and it was time to go home, obv buying a Dervish on the way home. Posh people know how to party, but they definitely don't provide enough food.