Meet the ‘men of endless virility’

St Andrews is known to be an elite university. Balls, hunters and Barbours roam the campus and wealth is the norm. It comes as no surprise, then, that St Andrews' most affluent students would choose to socialise within exclusive circles.

Some more secretive than others, the private societies at the university include the infamous Kate Kennedy Club and Lumsden Club, and even one so secretive that new members have to sign a £100,000 non-disclosure agreement to prevent any information leaking to the masses.

The Tab St Andrews spoke to several anonymous sources who have been approached by these organisations to find out more about this elitist culture at the university. From private events, which can cost over £300 a ticket, to signing NDAs, here's some of the secrets of St Andrews secret underworld.

The Praetorian Club, known as the PC, is the ones of the most elusive societies in St Andrews. According to an anonymous source, its constitution explicitly states that members must come from UK public schools and cannot be a member of any other St Andrews club. Member are also expected to be part of a private members' club in London.

If you're approached by the PC you'll be made to sign an NDA, with a waiver cost of £100,000. One source said this is the "secret" to the society's anonymity. The cost "is probably why no-one knows about it."

The PC has club ties, but they can't be worn around St Andrews. You can only wear the club tie in London, most likely at your private members' club.

With their red and black bow ties, The Strafford Club is one of the most infamous in St Andrews. The club is in favour of monarchies in Britain and across the world. According to one source, they allegedly meet at Maisha, a restaurant in St Andrews, and partake in drunken revelry (complete with smashing glasses). 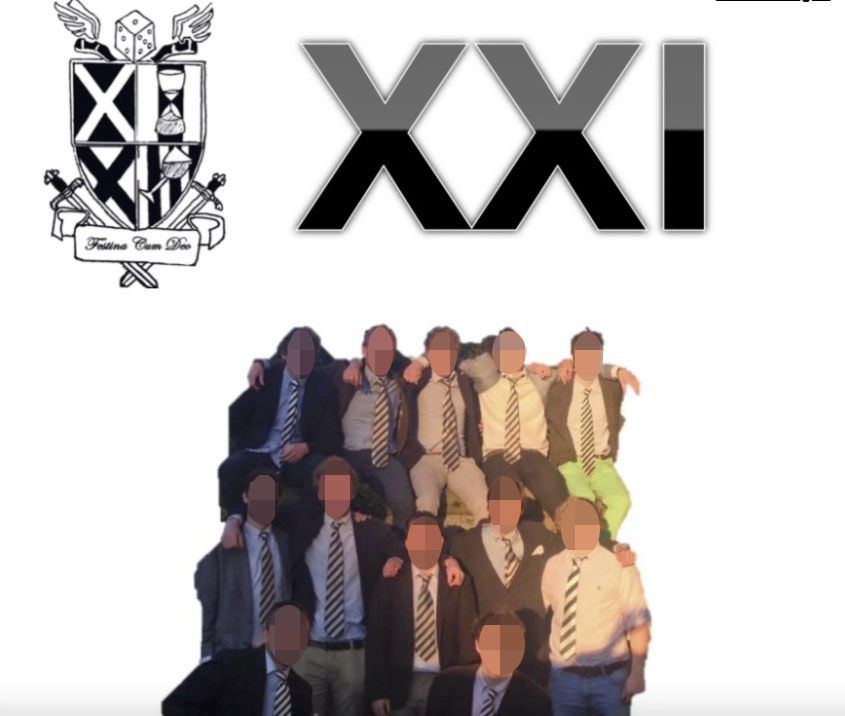 The XXI secret club is a spin off Rugby Club, easily spotted their yellow and blue bow ties.

The XXI produces an annual newsletter which can be found online. The 2014 edition states a member "proclaims himself as a fresher, yet he has managed to land himself accommodation with four 8/10 blondes, he is also not a homosexual, remarkable really."

A screenshot from the 2014 newsletter 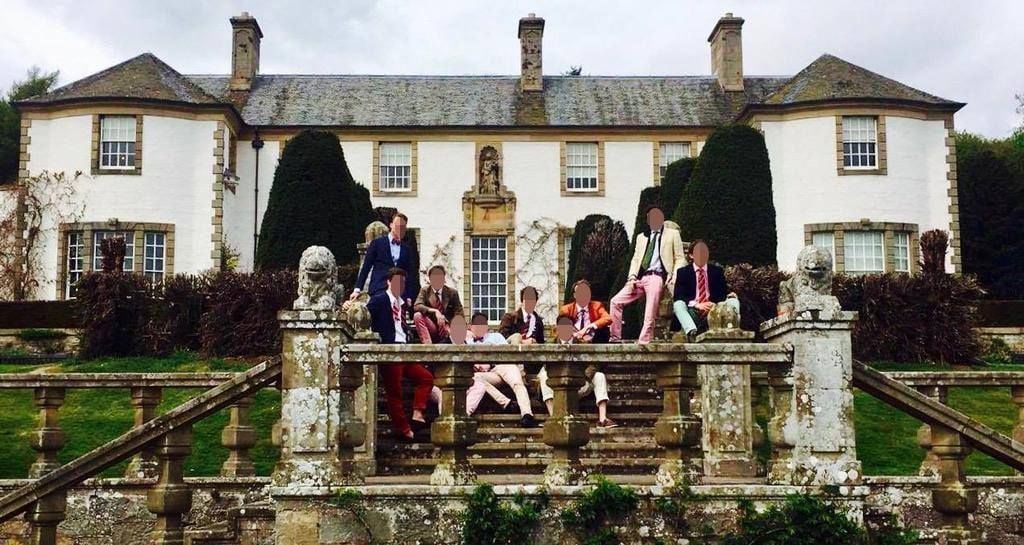 The Kensington Club, described as full of "men of endless virility" in their red, green and white ties, have supposedly renamed themselves Jodphur Club to help eliminate their notoriety.

Tickets for their summer event, "The Secret Garden Party" are on sale for £45 and those who are not invited can still buy tickets under the "corporate" option. These sell for £300 a pop.

However, it seems The Kensington Club's alleged 300 year history, dating back to 1739, isn't real. They may have a Wikipedia page, but none of the sources can be independently verified. The only copy of the history of the club can be found online and the author has no other publications or books that we could find. Sources suggest that the club was founded in the 1970s in line with the infamous Piers Gaveston Society at Oxford. 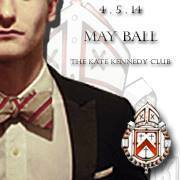 The Kate Kennedy Club is one of the most exclusive. Most of St Andrews' secret groups will give you a tap on the shoulder and an informal interview, that you won't even know is an interview. If you've had the tap from the Kate Kennedy Club you'll be familiar with these.

The club is known to ask rigorous questions to potential members, including who was George Wishart and Joan Clark. At least they've provided flash cards.

One source told us that one KK member got so upset after losing a game of Odds-On that he threw a £600 watch into a river.

Not all secret societies are made equal. According to a source the Kennel Club is "desperate" for members and doesn't have the same interview process as the more elite clubs.

The Kennel Club is apparently looked down upon by members of other groups – with people shouting "woof woof" whenever they see the pink and white bow ties.