The March for Our Lives came to St Andrews on 3rd April 2018, protesting against gun violence in the United States of America. The event was organised by students, who wanted to raise attention to the issue.

The march was attended by around 80 people, who gathered in St Salvatore's quad to remember victims of gun violence both at home and abroad. 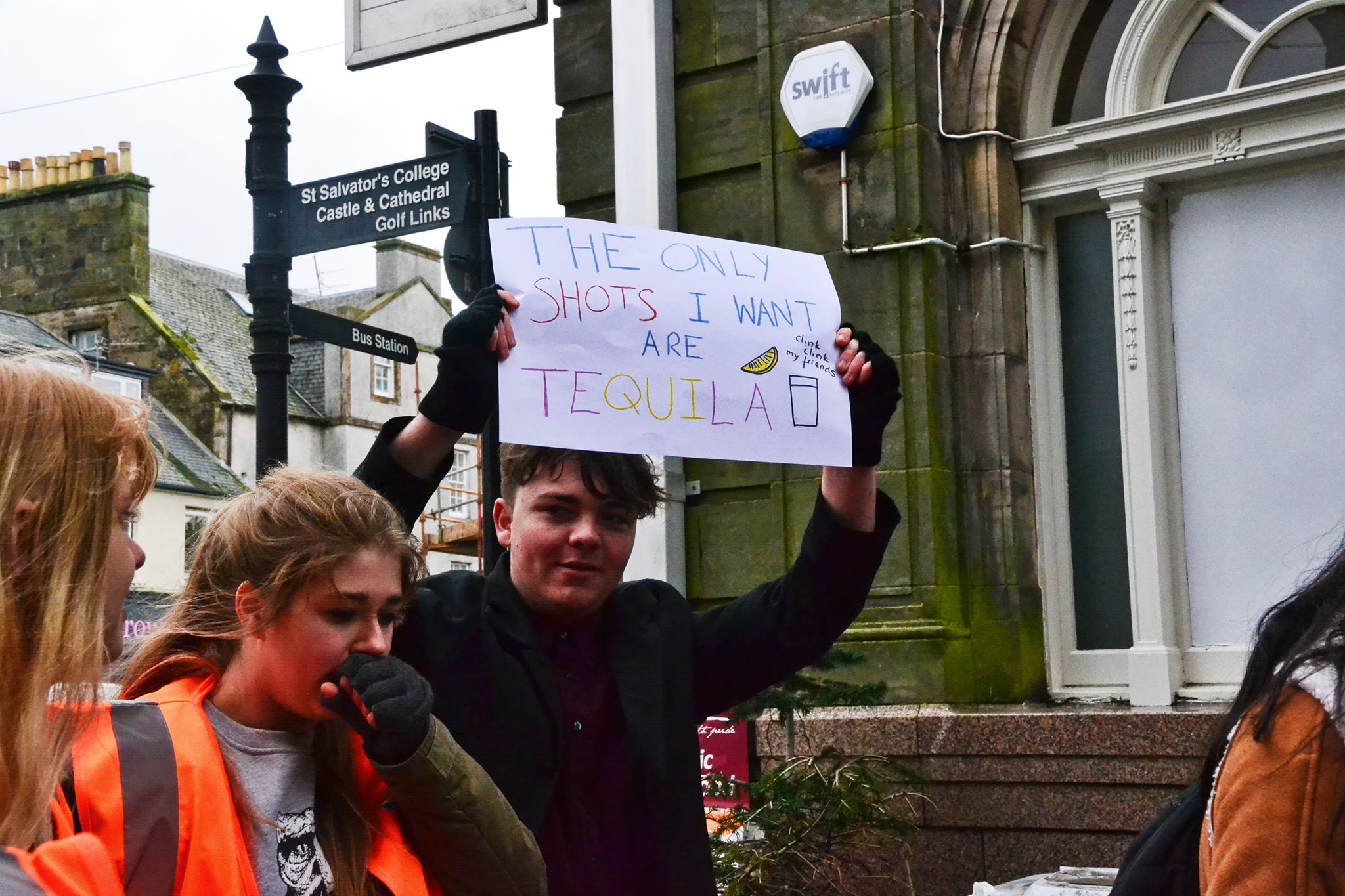 One of the organisers, Josh Bernard-Cooper spoke to The Tab about why this march was organised so far from the original locations in the US. "The march was originally suggested by myself to a number of my American friends the day after the March for Our Lives rallies in the US. I went on to organise it with my friend Mackenzie Rumage – it was mainly just the two of us!"

He said that the entire march was focused on the high population of American students who attend the university, who would able to relate to friends at home and "stand with them in solidarity." Additionally, he hoped it might serve as a reminder to British people that gun laws and their use have a very real effect abroad. Josh argues that "although it seems so detached from some of our lives it has a profound effect on so many."

To criticisms raised, most of them anonymously on social media, about the march being irrelevant in Scotland, he responded that "this march is of particular importance in St Andrews due to the high population of American students and the ability it gives them to voice their opinion whilst so far from home." 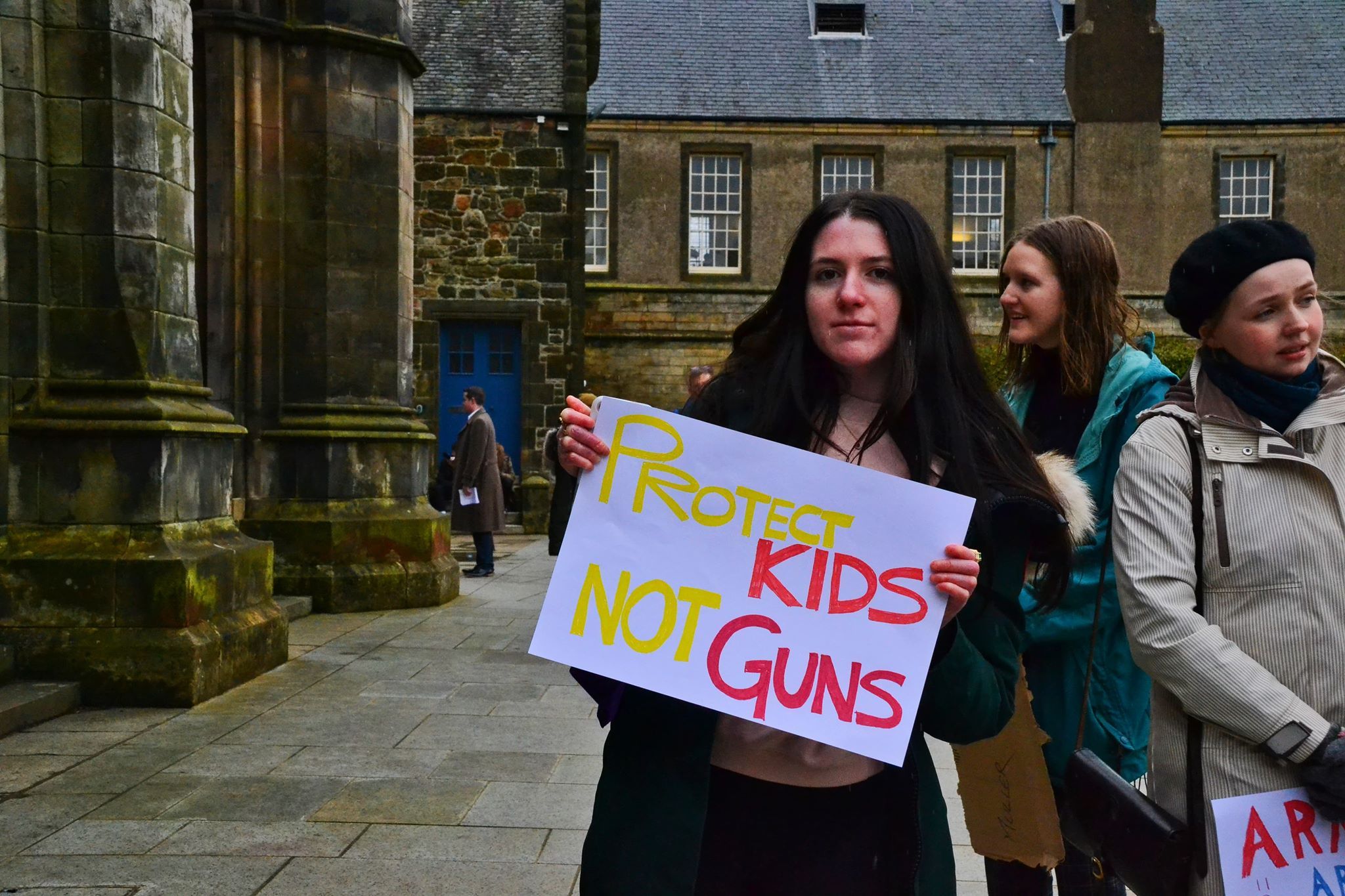 He also spoke about its importance to UK victims of gun violence, "it also serves a greater importance in the context of the UK. We mustn't forget the tragedy of the Dunblane Massacre and the profound effect it had on families of the victims and the nation as a whole.

"These kinds of tragedies are happening all too often in the US and the march in part serves as a reminder that we should not stand by and allow this to happen even if it's not in our own country. It's an act of empathy." 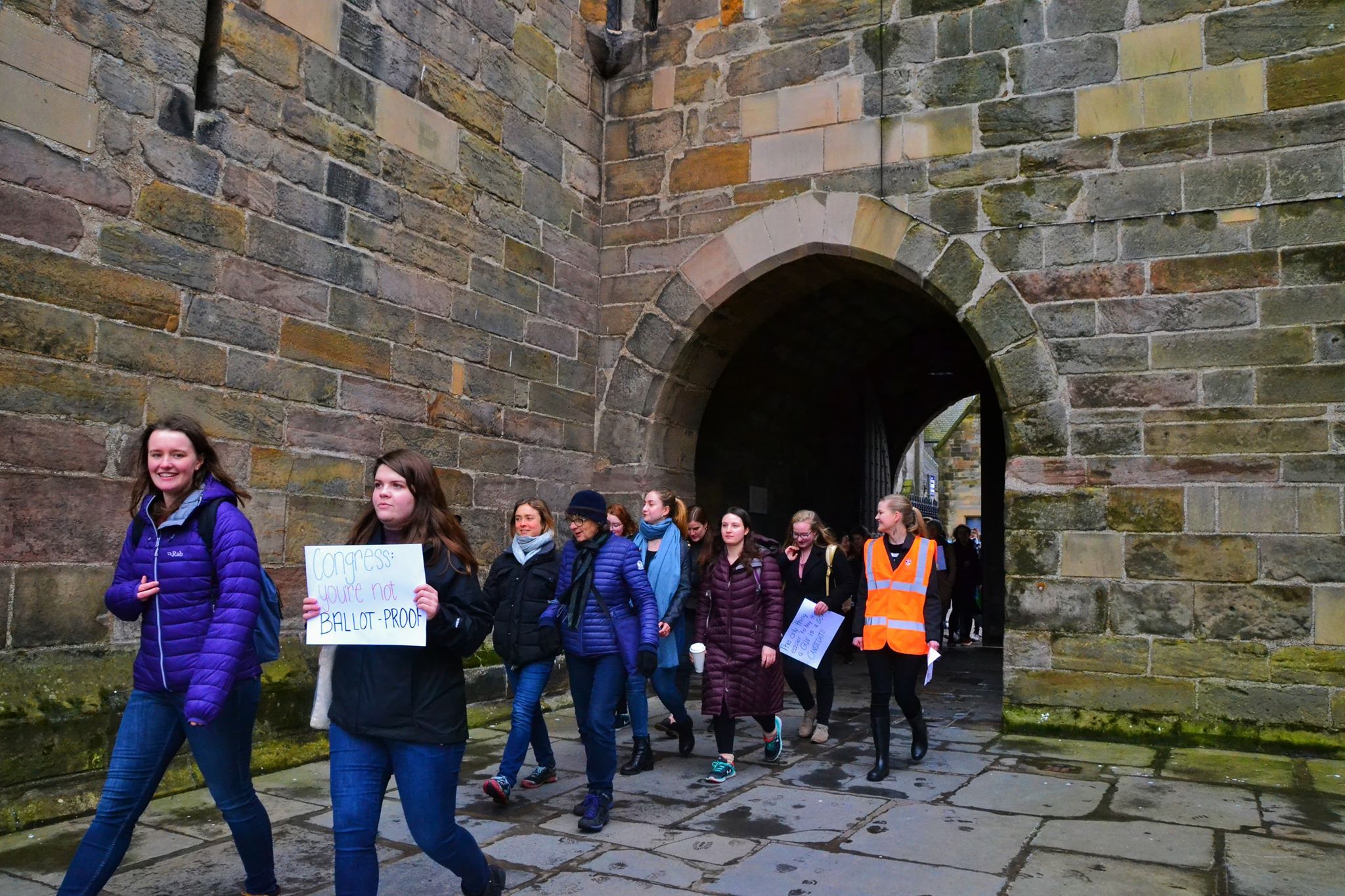 The march was even raised to the attention of MPs, including Stephen Gethins MP, who represents St Andrews in the House of Commons. He supported the march on Facebook and praised the opportunity to give students' "international friends a voice while they are overseas."