St. Andrews ranks in Top Ten for Student Experience in the UK

The Times Higher Education survey was revealed today, with St. Andrews placing tenth, coming in equal with the University of Chichester and just behind the universities of Surrey, Exeter and Newcastle.

The survey was made up of further composite categories, such as Academic Experience, where St. Andrews placed third, Security where we placed fifth and Student Welfare where we placed fourth. 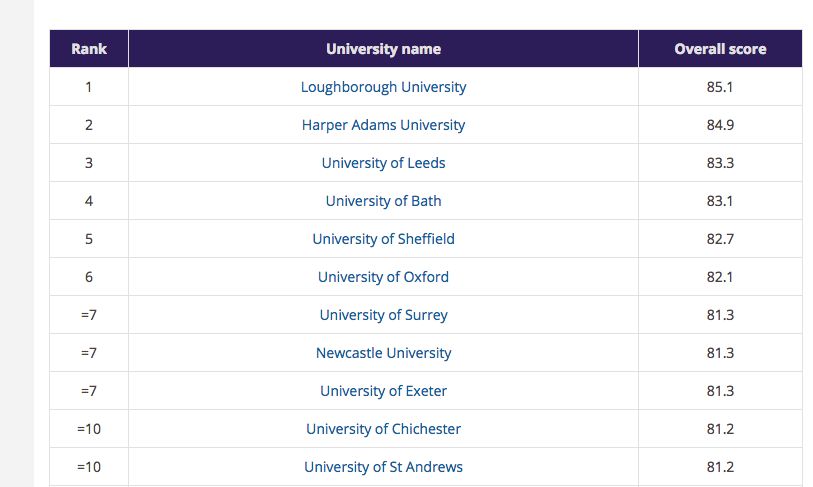 First place was taken by Loughborough University, who beat last years winner Harper Adams University, who came in second, as well as both taking top spots in all of the composite categories.

We were the only Scottish university to place in the top ten, however Dundee wasn't far behind in fourteenth place, with Glasgow in thirty-sixth and Edinburgh in joint fifty-second with the University of Essex.