Turns out organising events isn’t as easy as it looks

Founded in 2014 as Women in Office, Women in Work re-branded last year with a brand new committee, a brand new look but the same aims and mission. In a short period of time, they've already been nominated for The Tab's Gender Equality society of 2017/18, held a speaker conference with ten inspiring female speakers and on 6th March they'll be hosting their first night out at the VIC, called EDEN. The Tab spoke to President Veronica Farah and Vice-President Alexandra Holker about how the last year has gone and the perils of organising events at the VIC.

Women in Office was originally founded with the intention of helping young women in St. Andrews a chance to network with successful women in a variety of different fields, and to give female students exposure to a variety of different career options, whether that be the Police, scientific research or investment banking. The exposure given at these events helps young women to broaden their horizons, Veronica says, in terms of considering where their degrees can take them or helping them to discover exactly where their skill sets lie. 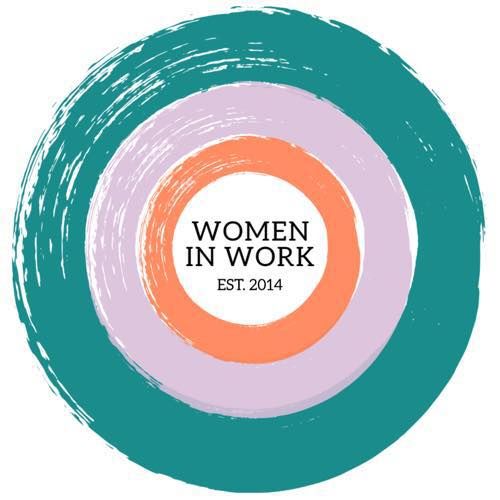 Recently having been sponsored by Accenture, Women in Work has professionalised itself in the last year, Alexandra describing it as the second step towards gender equality, a practical and professional step towards helping young women make the best of themselves. This year along with this sponsorship, Women in Work are working with Accenture to have workshops on how to use different cultures and mentalities to diversify the workplace and to help the understanding of different cultures.

Their next speaker event, on 23rd April about Women in Journalism will include a BAFTA award winning documentary maker and one of the first female sports journalists in the UK.

They've had increasing amounts of success the past years. They placed fifth in The Tab's Gender Equality society of the year 2017/18, which being from such a small University and having just begun to grow their name, this was no small achievement, and for the committee, it's another big step forward into proving to the university community that they're different from other societies.

As of yet, their committee is comprised only of women, but both Alexandra and Veronica say they're very open to the idea of inviting guys to join. They're both certainly of the opinion that gender equality can't happen fully unless men are involved in the conversation, a decidedly refreshing approach.

Their event on Tuesday, EDEN, is their first venture into events of this nature and it hasn't come without it's difficulties. "We spent about an hour and a half deliberating about what the theme should be. It's much harder than it seems to think of something we thought people would go for but that hadn't been done before or wasn't too obvious" Veronica laughs, "we thought about a cabaret but thought that might be pushing it a little".

Although it seems like a departure from the events they would normally organise, Alexandra says it seemed like the natural progression for them. "St. Andrews is a really events based culture, whether you like it or not and people are always thinking about what's on the calendar so we felt to get our name known this was something we had to tap into."

Since re-branding, it's understandable this is something they want to do, and from what I can see, they're really pushing for success. The event on Tuesday, they hope, will draw attention to the society not only from people who are actively looking out for Women in Work, but from people who just felt like going out on a Tuesday night.

Tickets are still available for EDEN on FIXR and will be sold on the door at The Vic on 6th March.