Tom Groves, a candidate for the Presidency of the Students' Association, has released his 'peoplefesto', which includes a number of radical, and frankly iconic, policy ideas.

He argues for the people, for the students: he argues that the annual charity fashion show FS would have us as the charity and that Nick Grimshaw must give a refund (regarding his performance at DRA ball). 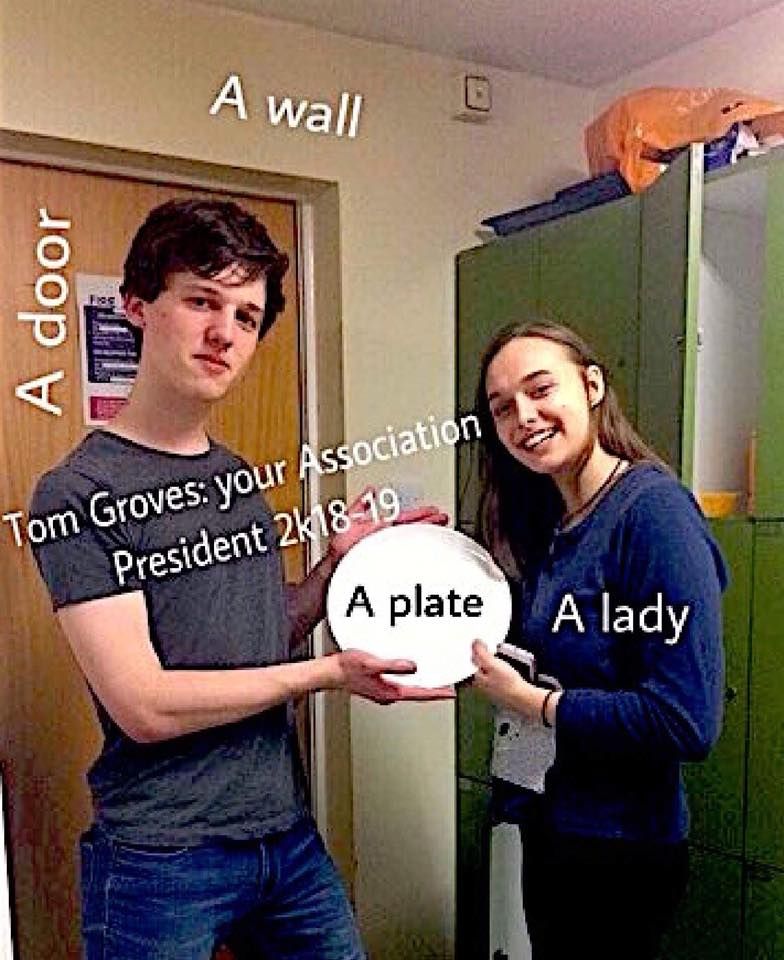 However, Tom does not want his influence to remain in St Andrews but wants to change the status quo of the town itself. He wants 'Nicole to be nice [to him]' and have 'chocolate eggs on sale all year round'. He has focused on policies which would affect the general population of St Andrews; not just students. He has even gone as far to say that he can be evicted from the town if requested – suggesting that power won't go to his head.

Tom has argued in favour of bringing back Black Vodka to the Union, suggesting that it was a 'disgrace' that it was removed. Some of his policies could be considered unrealistic – such as selling some of the snow from the recent blizzards to Norway. The logistics of this do not seem possible.

However, beyond his more radical – and a bit bizarre- policies is a few items which may lead to very effective and necessary change across the university. Tom suggests that Populus should help with Pier Walk events to help students who may want to get involved with university traditions, but feel too anxious to get involved. This idea would benefit students who have not yet participated in these traditions and give them a good support network to meet other students from different degrees or years.

His entire 'peoplefesto' can be found online here.

If you would like to find out about the other four Association President Candidates or more about the Elections, please visit www.yourunion.net/elections.