Back again for another year of fashion, charity and champagne-fuelled debauchery.

St. Andrew's Charity Fashion Show continued 'fashion show season' in St. Andrews with quite the bang on Saturday night, with a highly professional looking show, a charity auction with prizes going for up to £3000, and an after-party carrying on until the early hours of the morning. 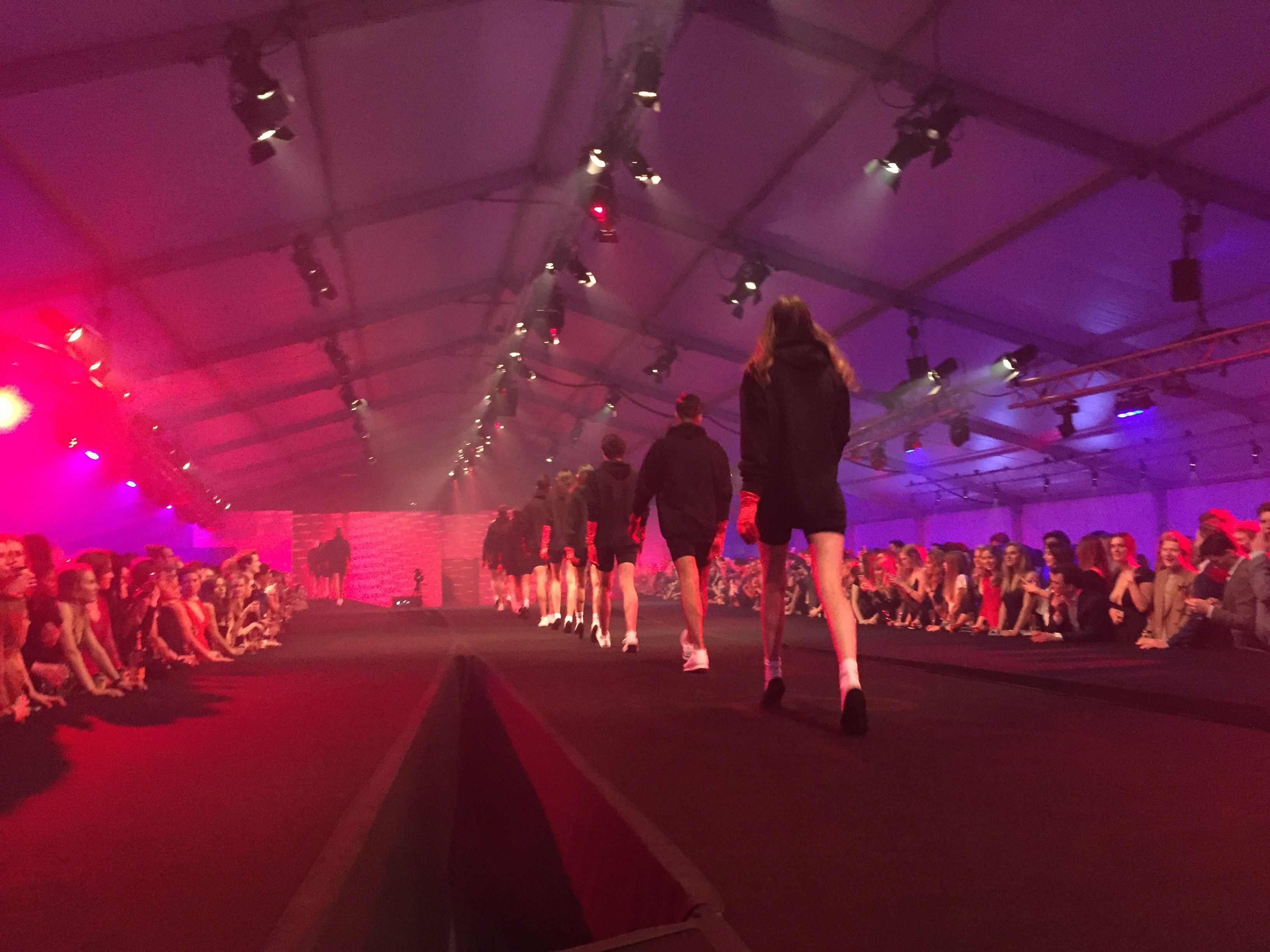 Having not attended the actual show last year, I was unsure as to what to expect. I'd read the preview of the models, and I knew there were a few new things in store for the audience, and thus with a certain level of apprehension, made my way inside.

You could be forgiven for thinking we were at London Fashion Week, and this is genuinely not an attempt at brown-nosing, it really was quite the sight. The stage was the long runway we'd expected, but with a horseshoe end stretching out into the VIP area, to give VIP's and those in the corporate area a better view of the models, wearing designers such as Brora, Ted Baker, Paul Smith and Orelar Brown, as well as designers featured in the Young Designers Award – Lucinda Nash, Sabina Kaucha and Ruth Williams.

Highlights of the night include the charity auction, prizes including an Oktoberfest table of 10 reportedly going for £3000, a Fendi bag charm and a selection of mens and womens watches all going for over £400 each, with all the money going to their charitable partner. They also included a saxophone performances from the wonderfully named 'Felix the Saxcat', a grilled cheese station on the steps of Lower College Lawn, and rather mundanely, the fact that there was actually room to move around the catwalk.

As the night went on, the clothes got progressively skimpier, guests glasses slowly emptied and the show came to a close. The marquee emptied momentarily, tables were moved aside and the after-party began.

Twenty- Six years after its foundation, FS continues to be the UK's largest and most successful student run event, exceeding expectations of it's guests year upon year, this year being bigger and better than ever, pushing the boundaries of what we have come to expect from the events in our little bubble.

One sentiment which is echoed in other reviews, is quite how the night embodied the theme of 'Fracture', as although the pieces on display and the spectacle of the show itself was jaw dropping, quite how the event fitted the theme escaped me. The brand new and exciting things I felt I had been promised didn't quite materialise, and as the night wore one I found myself wondering if this really had exceeded my expectations.

The achievements of the brains behind the operation, however, cannot be shoved aside, and pulling off a show like this is no easy feat. Perhaps we are beginning to expect too much from a student run committee?

With all the class of a St. Andrews ball, yet all the sophistication of a professional fashion show, it was exactly what I had expected of my first experience of FS. It has successfully raised the bar for many years to come.