The History Boys: In Review

Mermaid's much anticipated version of Alan Bennett's 'The History Boys', opened their two night run at the Byre Theatre last night to pretty much a full house. 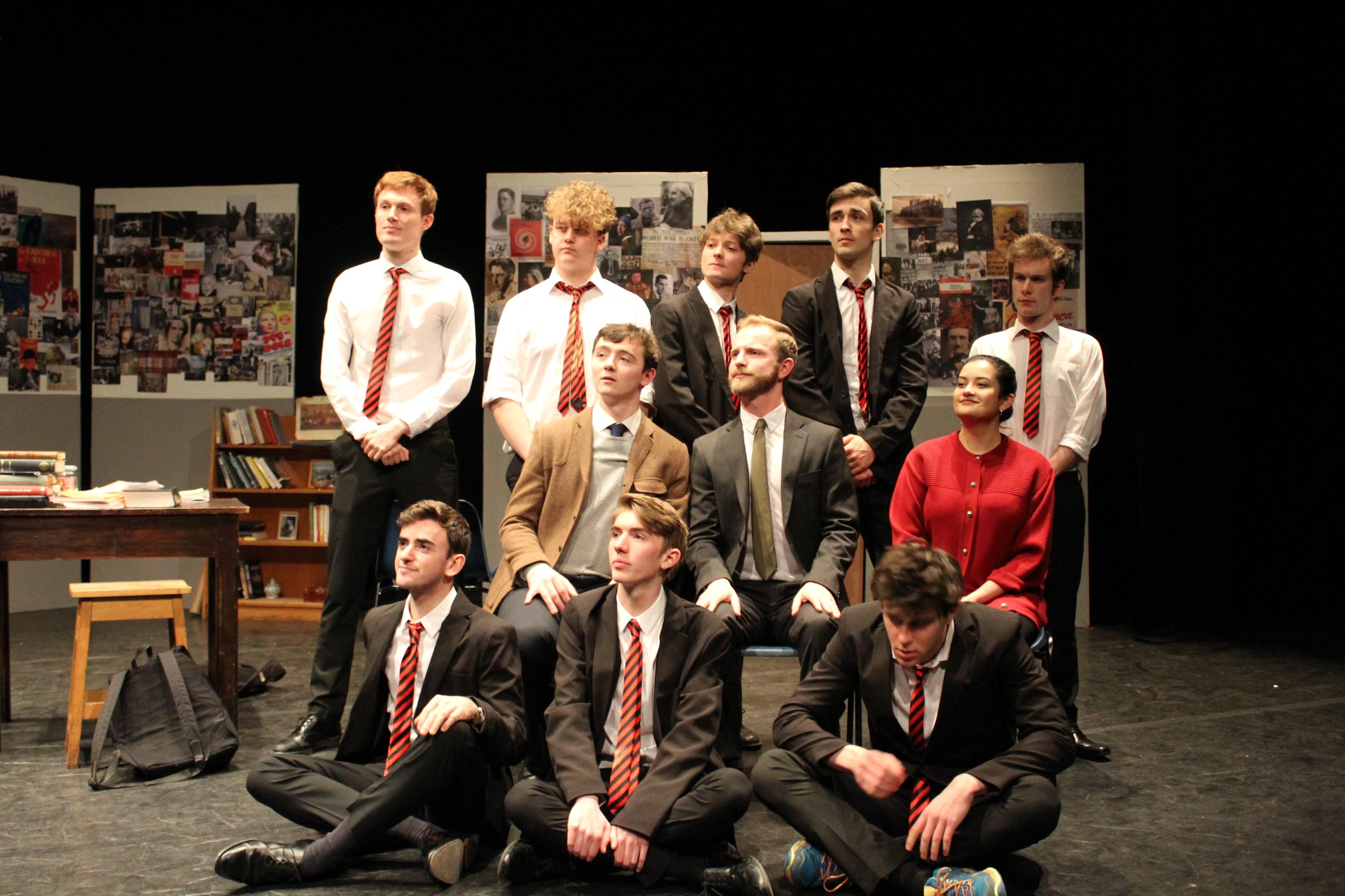 The play documents a group of Grammar School boys in Sheffield in the run up to their Oxbridge entrance exams, and the teachers who are there to help them along. The original production of the History Boys, starring Richard Griffiths as Hector, Dominic Cooper as Dakin and James Corden as Timms, went on to international acclaim, with productions on Broadway, the West End and a critically acclaimed film.

Being someone who has seen the film more times than I can count on both hands, I was looking forward to seeing what the Director, Harrison Roberts, would do with his version of the production. The set was simplistic, yet effective in the constraints of the space, effectively creating the feel of a school classroom.

The actors themselves, could not have been more perfectly suited to their roles. Although dramatically similar to the film and I assume the original stage version, the 8 boys brought their own slight twist to each character, whether that be increased physical comedy in the case of Hector and Timms, or the seemingly all-knowingly narrative voice of Scripps, played off against the boyish arrogance of Dakin, played by Adam Spencer and Louis Catliff respectively. Both of these actors should receive special credit for their excellent chemistry and who's duologues and highly quotable remarks provided some of the most entertaining moments of the play.

There were however, three standout performances in the play. Edward Prendergast's portrayal of Posner was both heart-wrenching and amusing, managing to walk the fine line between portraying a boy who is both very secure in his abilities, but simultaneously very fragile. Ed Polsue too, deserves a special mention here for his depiction of Hector, arguably the hardest character to act, playing a sixty year old man who had once been played by Richard Griffiths (Uncle Vernon from Harry Potter for some context there), are pretty big shoes (and trousers) to fill for a second year actor. The genuine maturity, humour and warmth Ed brought to his character is testament to his ability as an actor, to the point that by the interval, you genuinely forget you are watching a student perform as opposed to a seasoned and middle aged actor.

Hannah Ritchie's portrayal of Mrs Lintott, too, cannot go without a mention. Being the only female in a production such as this, is not an easy feat I imagine, however the gravitas Hannah brought to her character, like Ed, made it very easy to imagine her as an actual school teacher, exasperated by boys (and indeed male teachers) she is steering towards becoming better and more rounded people.

There is very little to fault in this production, despite how big an undertaking I imagine it was. Congratulations to the cast, crew and production team on a wonderful show.