New university hall will cost over £9,000 a year

St Andrews has always been an expensive place to live. With rents in the last few years regularly reaching over £650 a month for private lets, it is not a place which affords much economic diversity in the centre of town.

However, university halls – which traditionally come at lower or more consistent rates than private lets – have reached a new price high. 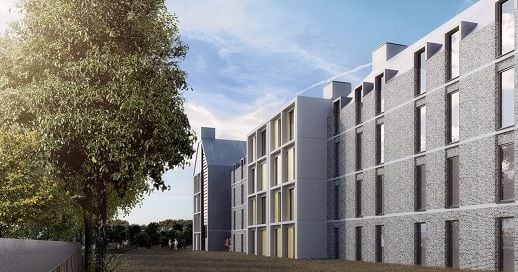 Whitehorn Hall, a new build on the North Haugh which will share resources with University Hall, will open its doors to 2018 incoming freshers. The new hall, which boasts 90 single standard rooms and 94 single ensuite catered rooms, is the most expensive hall in St Andrews by a fair margin.

Its fees are already over £1,000 more expensive than its comparable counterparts, which seems inexcusable given that it is not located in town or even in the centre of the North Haugh.

This move comes after the closure of Albany Park for redevelopment, which many residents feared would price students out of St Andrews entirely. It appears that the university's commitment to building affordable student housing has not been fulfilled with the highest rates ever seen by university students.

Even more concerning, is the limited letting time of this accommodation. The £9,000+ rent includes just 38 weeks of rent time, with meals not provided over the Christmas period.

Similar town-based universities across the country offer much cheaper options for students. Bath University offers semi-catered (like St Andrews) en suite rooms for £6,400 a year. This difference of nearly £3,000 a year does not seem justifiable, or accessible, to a majority of the student population.