If you resell ball tickets at double the price, you’re a shit person

It’s not called capitalism, it’s called being a dick

You have four years at university. Four years to go to the events with your friends and make memories forever. As we have no clubs, sorry 601 you don't count, nights out are memorialised in nights at a ball. Already an expensive investment, it is usual to spend a minimum of £100 on a dress, the ticket, alcohol and transport. However, there is a special kind of person in St Andrews who buys up tickets in the hope of making a profit. 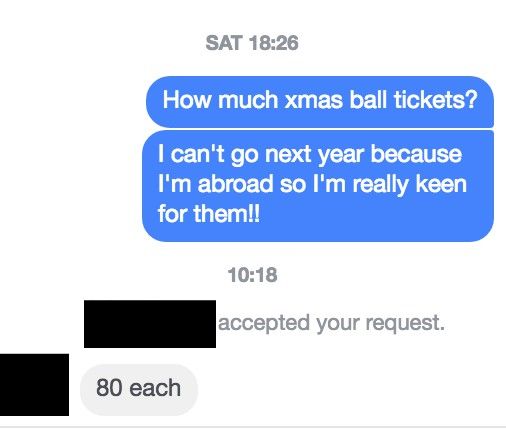 We're here to talk about them.

Christmas Ball is the obvious example here, but Welly Ball, Oktoberfest and May Ball have all been hit with price inflation over recent years. Tickets, for Christmas Ball, have ranged up to £100 each – and given that the RRP is £38, that is not exactly a fair game. The tickets this year sold out in two minutes, with over 50 resales having taken place in public Facebook forums. This is obviously doesn't account for other kinds of double-dealings.

At an already inflated cost compared to other universities, Manchester University Drama Society offered a ball with a three course dinner for under £50 last year, it is outrageous that people seek to profit from others misery. It is not just about people who can pay and will pay, but the people that will spend half their monthly budget just to feel included. This problem is endemic, and getting worse year on year. 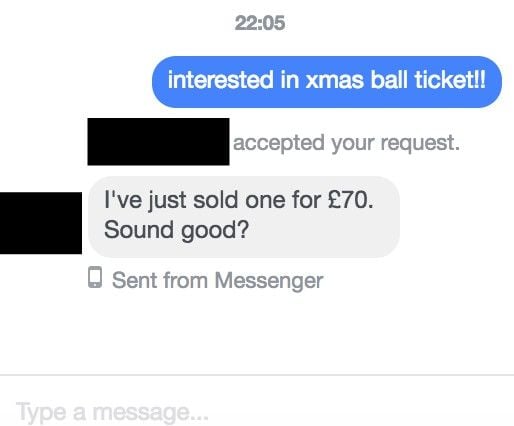 It does not sound good

So what's next? Our suggestion is to ban any resold tickets unless it is explicit that they have been resold for original price value. We understand, more than anyone, that it's annoying if you can't make and event and want to resell. However, marking up the value to desperate fourth years who want a night to remember with their friends isn't cool, it's a really shit thing to do. So, remember that just because St Andrews can pay your doubled ticket price, doesn't mean it should.

If you are one of those ticket sellers, we have a quiet message for you. All those people that look on our small, quaint town as being elitist and made for the wealthy? You're contributing to the problem.