What to expect from Raisin Weekend

Foam fights and costumes do not mix

Raisin Weekend was one of the reasons I actually chose to attend St Andrews. A drink fuelled weekend of tradition that ends in a foam fight while dressed up in a mystery costume, what isn't appealing about that? Due to all the build-up when I arrived at my academic mum’s house at 10.37am, I knew it would be a fun-filled day. 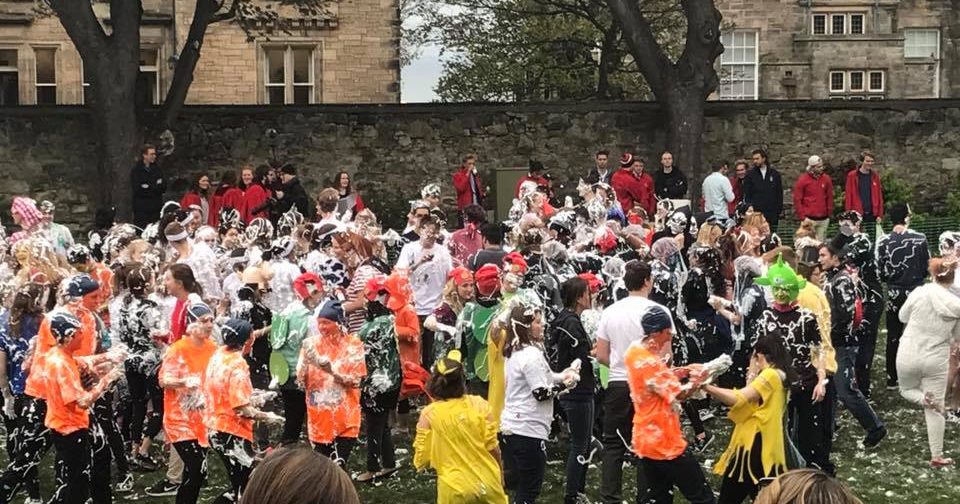 Bobbie and Sarah were great mums to me and my three sisters: Ashley, Ella and June. They had already had us round their house and taken us out for drinks and so I knew Sunday would be a laugh. We entered their house one at a time, and, of course, I was first.

Blindfolded and led up the stairs I was put to shame with my lack of knowledge of St. Andrews uni trivia and for every question I got wrong, it was another shot. When I finally got through all the questions, I was cello-taped to a bottle of wine. Once I was joined by the rest of my sisters we had five minutes to down the bottle and were allowed downstairs.

As they were such great mums, Bobbie and Sarah made us breakfast before we started on some games. Over the course of a few hours we made our way through “Ring of Fire”, “Paranoia”, “Never Have I Ever” and more. 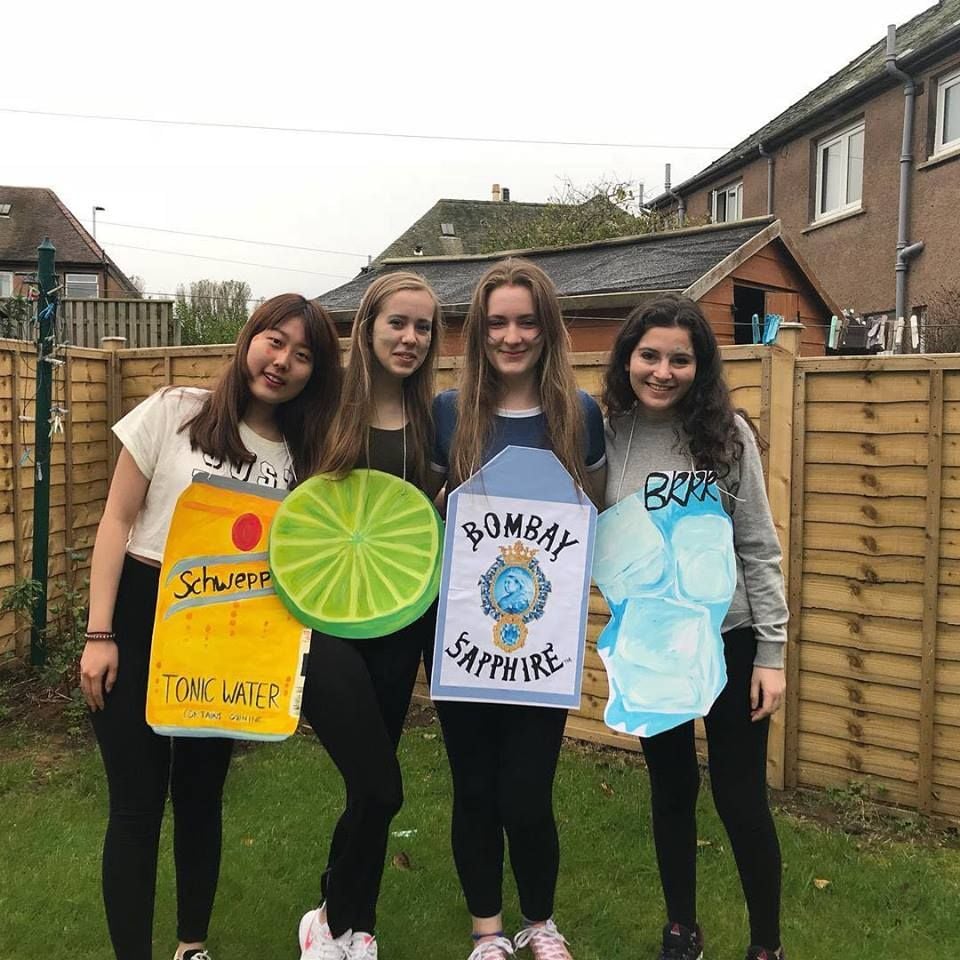 Who wouldn't want to be a cheeky glass of bombay

Nearing two o’clock we were given a list of things to gather on our scavenger hunt that included the staples of kissing a stranger, hugging Hamish McHamish, sitting on the PH, buying our mums a present and building a sandcastle, all before meeting at the pier at 3.03pm. By this point walking in a straight line would’ve been a difficulty for a few of us if we had been told to do so and so running through the streets like a maniac looking for items on a scavenger list was a great laugh. As a team we even managed to get all of these things done and still make it to the pier with minutes to spare.

As per tradition, I went to my academic dad's on Sunday night, where there was punch and a hot tub in the back garden. However I have been told I managed to sleep for a good few hours there and so missed getting a chance to go in.

Monday morning began way to early considering the way my head was feeling, but the idea of a giant foam fight had me dragging myself out of bed and along the 25 minute walk to make it to my mums house again for 9.30am. We had no idea what to expect with our costume as I was told to wear blue, while Ella green, Ashley grey and June yellow. But we were not disappointed as we were dressed up as our mums' favourite drink, gin and tonic.

Carrying a handful of raisins each (our receipt) we made our way to the quad, passing along the way freshers who had definitely had way worse luck with their costumes than we did. Teletubbies, spoons, clowns and reindeer… if I hadn’t known what was going on, I would’ve thought my hangover was seriously playing up on me.

The foam fight itself has got to have been one of the most surreal experiences of my life. Spraying foam at friends, having random people shove foam in my face, not being able to recognise anyone due to foam covering the majority of their bodies, but it was all great fun and we stayed for ages. The only downside was the walk back to halls, which seemed to be the longest it had ever been.

Raisin has been such a fun experience for me this year and I look forward to staying in touch with my academic family for years to come and get my revenge when I have my own kids.