The history of Hamish McHamish, the cat that belonged to St Andrews

You've seen the statue on Logies Lane, when you pass by on your way to your date in Cottage Kitchen. You've probably wondered what a random, extremely fluffy, cat is doing in the centre of a town that is obsessed with cleanliness and order.

The statue alone cost an extraordinary £5,000, but it is worth it for the memory of the cat which truly belonged to the town of St Andrews. He has his own twitter account and a Facebook page with over 8,000 followers (nearly the population of St Andrews University).

His Facebook describes him as having "the face of an angel", being "cheeky" and "mysterious". Hamish, with his distinctly Scottish colouring, launched a media following dedicated to sharing and commenting on pictures of the cat. 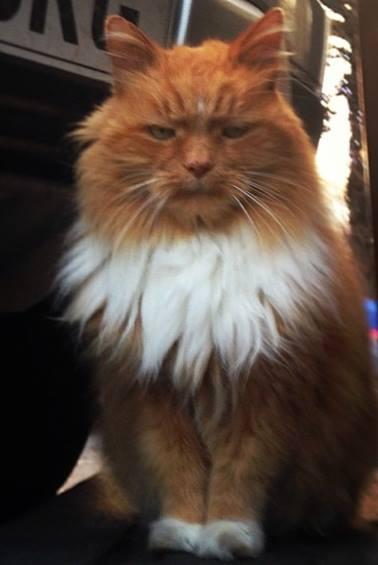 The illustrious cat was born on a bright, sunny morning (we don't really know if it was morning or afternoon) in 1999. The cat was originally owned by a retired TV producer called Ms Baird. However, Hamish was not a cat to be tamed. He reverted to a more nomadic lifestyle and took over the town as a local icon. Hamish was fed my numerous homes around the town and could often be seen strutting down South Street.

The cultural mania that followed Hamish was instantaneous. Books, cookbooks and Facebook profiles were created in his honour. His reputation reached national and he soon became as synonymous with St Andrews history as golf (that may be a bit of a reach). 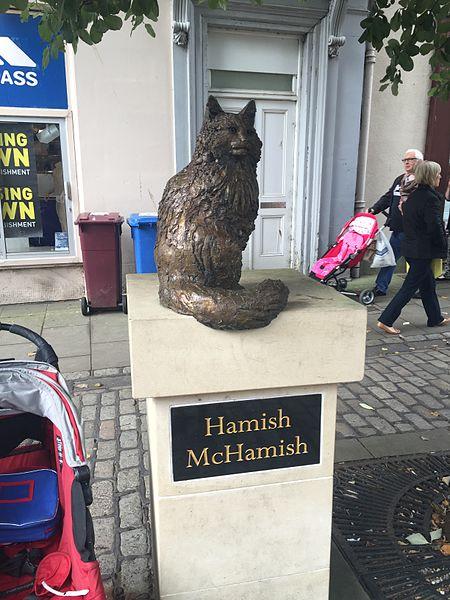 However, a sad day fell on September 11th 2014. Hamish passed away after a chest infection. His Facebook memorial said "Here's to you, old chum." The cat's memory has endured as one of the most famous cats in Britain. It has also given rise to a town culture which embraces quirky figures; old cars, penny farthing bicycles and the importance of a town mascot.