Barack Obama was in St. Andrews but you were at home in Guilford

That’s right, in case any of your friends aren’t still up in St. Andrews and you’ve not seen the endless streams of Snapchat stories, Barack ‘please come back’ Obama played a cheeky round of golf on the Old Course this afternoon. 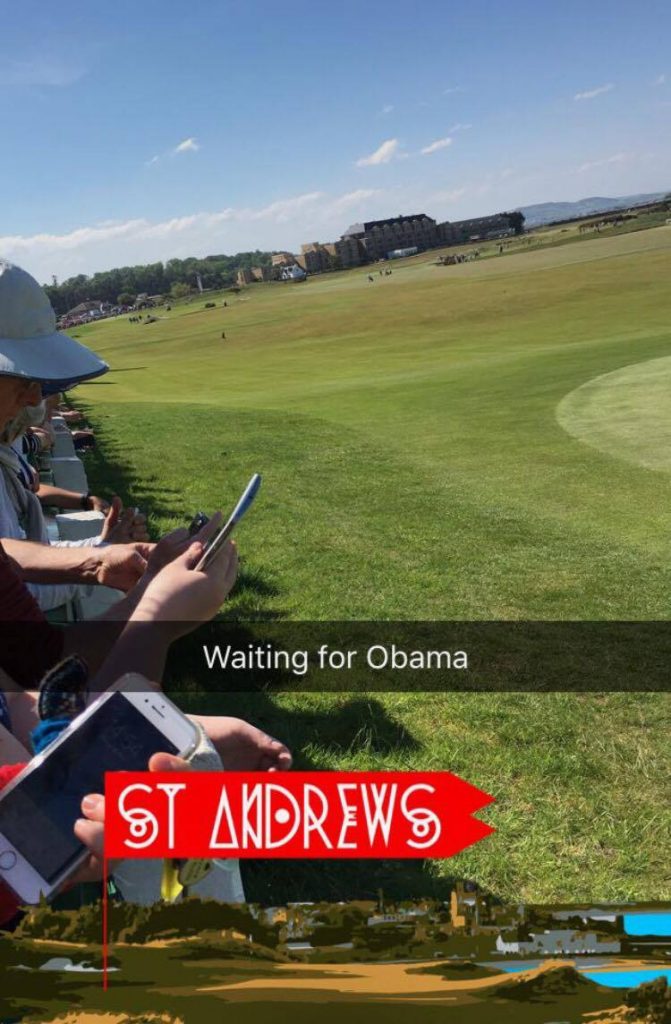 The man himself is in Scotland as he’s speaking at a charity event in Edinburgh, where he’ll be addressing groups of philanthropists and business leaders, at an event where tickets for a table of ten cost upwards of £5,000 (take that May Ball).

He made his way around the course shaking hands with onlookers and posing for pictures with the crowds, which were five or six people thick, lining the banks of the golf course. 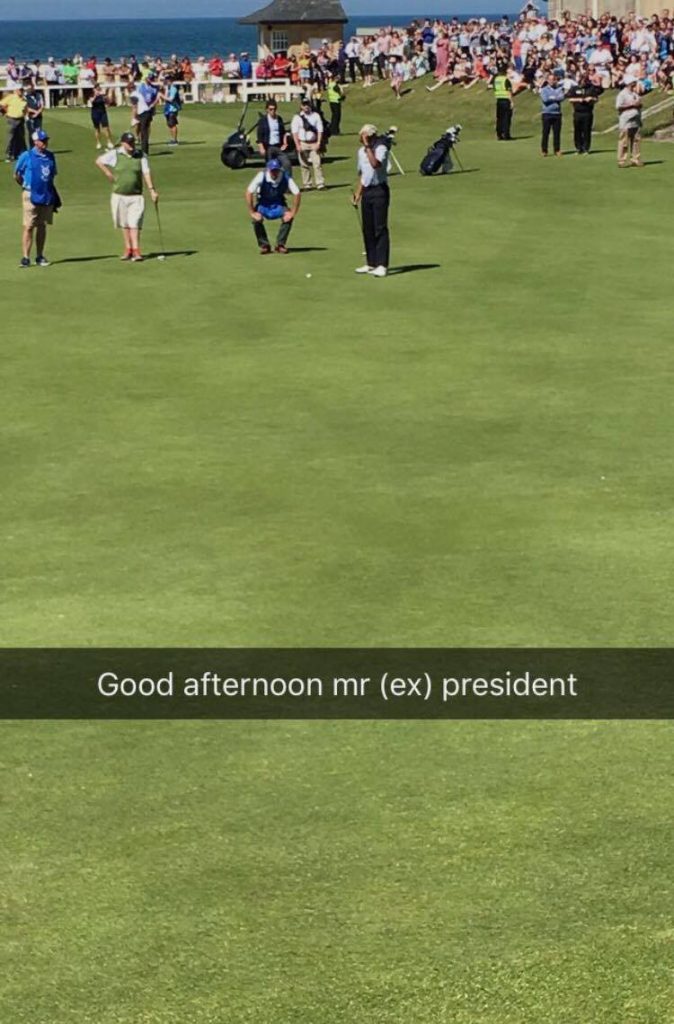 Unsurprisingly, security was tight for his visit, as he arrived by helicopter, snipers were positioned on the roof of the Hamilton Grand with Nicola Sturgeon expressing concerns over security for the visit.

Obama’s visit to Scotland will be no doubt better received than Trump’s visit was back in June 2016, where he was greeted harshly by locals in Aberdeenshire due to his hugely unpopular building of a golf course in the area, with locals erecting a Mexican flag on the perimeter of the course.