We interviewed Republicans Overseas: here’s what they said

The group reveals their guiding beliefs, the story behind the assault after their Results Night social and their protection by university security

Republicans Overseas was founded this year in St Andrews as an unratified society that attempts to combat the focus on Liberal politics in St Andrews. The society comes with the presence of Democrats Overseas and both campaigned vigorously in the run up to the 2016 American election. The society came to notable status when one of their members of heckled and assaulted outside Aikman’s pub in St Andrews, one of the biggest instances of political crime scene in St Andrews.

The group has been labelled somewhat controversial in their attitudes towards politics but have nonetheless received a great deal of support from both Liberal and Conservative groups within the university. They argue now, more than ever, that Conservative groups must be protected on campus. The Tab has been given an exclusive interview with their President Drew Liquerman, who very kindly answered all the things we need to know about this elusive society. 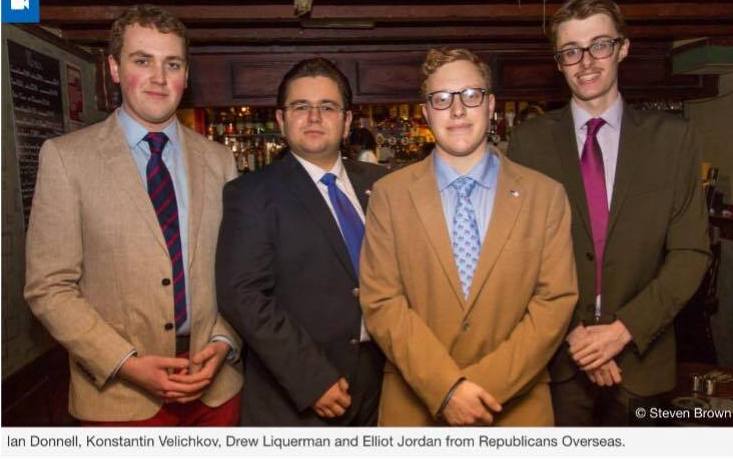 Why did you decide to found the society?

“In a time where free speech is stifled by both progressive academia and students on many college campuses, we felt it was important to reaffirm conservatism’s place on campus and provide an avenue for positive and diverse political discourse. Conservatives are the only people who do not ask for, nor are provided our “safe space,” and we believe strongly in a society where individuals are free to express differing political opinion. At the same time, conservative groups and students are targeted and marginalized on college campuses across the US and UK by Universities and Student Unions alike.”

What support have you received?

“We have received a lot of support from like-minded students who participate in the group as well as other students who are supportive of us as they understand the value of having conservative groups on campus, so that there is open and complete political discourse. For example, some student journalists have attended our events and covered them fairly even asking our members to contribute to their papers.

The St Andrews University security and local police have also been in great assistance in keeping an eye on our events to make sure everyone is safe – especially after our first event where one of our guests was assaulted in the street outside of Aikmans.”

Have you received any opposition?

“We have received a decent bit of online harassment, including people calling our society’s members’ outrageous names such as “Nazis,” etc, which we disregard and was mostly expected. Thankfully,  the protests at our first event were not as bad as it could have been and it resulted in mostly childish name calling at the worst , however as I mentioned one of our Jewish members was pushed in the street outside the event and called a “Nazi.”

Has anyone been hostile to you on social media?

“Shortly before our inauguration party, a self-described “Socialist, Communist and Anarchist” Society caught wind of our event. Some of the intolerant left-wing coalition decided they wanted to not only hold a counter rally – but find a way to obstruct us from having our event. Before we knew it, Facebook was filled with liberal college students calling us “Nazis,” “Crypto-Fascists,” and “racists.” However, this attention seemed to help us draw a larger crowed and find other people who were interested in the event whether they were conservative or not and Republicans Overseas as a group.”

You have organised a number of external events, have these been successful?

“Our events so far all have been very successful. In addition to our Inauguration party, we have held moderated policy discussions, phone banks, and a guest speaker from the Scottish Confederation of Friends of Israel. We have received a great turnout at these events.” 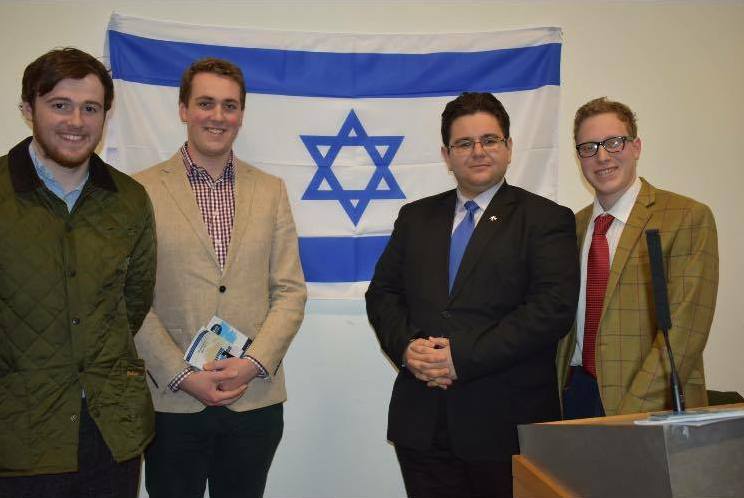 Do you think St Andrews is a good democratic space for debate?

“Overall, I think St Andrews is a good democratic space for debate, for a University in today’s environment. Compared to other Universities in the UK and the US, I don’t think the University goes out of its way to silence speech, although I believe there are radical factions (albeit small) of students that would love to shut down political debate.”

What do you think of Donald Trump so far in his presidency?

“So far, I think Donald Trump has set himself on a 4-8 year path to do what no American President has done in recent times. He has the potential to combine the best of Ronald Reagan and Calvin Coolidge, as I like to say. Trump has shown he can be a figure of the masses and inspire the grassroots, while owning American Exceptionalism as Ronald Reagan and I think he will have a very successful presidency.”

What are your future plans for the group, if any?

“As a society, in addition to holding more events for our members, we hope to become the voice of Republicans in an area of the world where they seem to be all but gone. We, however, have proven this untrue with such a large turnout in such a small town. We also hope to be the main voice supporting conservatism on campus and serve as an organized body to protect our members’ rights to free speech. We also plan to host events or rallies for the state visit of Donald Trump later this year.”