The event, which expects a higher male attendance than female, will attempt to highlight feminist pro-life arguments

This evening in School I a speaker event will be held on ‘Feminism and Pro-life’. So far the event registers just nine people attending. It is interesting to note that a majority going to the event are currently men. The speaker, Fiorella Nash, is a Catholic author who has called being pro-life the “ultimate social justice campaign”. The event has been advertised on the Christian Students of St Andrews group and is largely expected to appeal to religious attendees.

The cover photo of the pro-life society on Facebook

Nash argues that being pro-life protects the most vulnerable group in society, unborn children. The society itself describes its mission statement as “Promoting a culture of life in St Andrews. Protecting and celebrating the dignity of life, from conception until natural end.” This obviously strikes extremely religious undertones. However, the society itself only has 332 likes on Facebook compared to the nearly 1000 students who identify or partake in the online Christian community in St Andrews. This suggests a troubling trend that the event itself does not recognise the full values of Christian religiosity within the student bubble. In addition, the event will not represent any opposing official speaker, with the majority of the basis of the arguments based on Catholic or theoretical doctrines. 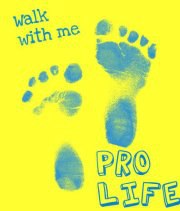 The logo of the Pro Life Society

Controversially, the event currently appears to take a ‘feminist’ slant on a traditionally illiberal argument. This has caused scandal across St Andrews with the current attendance, which at present appears to be less than 20 people, with more boys than girls. This marks a troubling time in St Andrews free speech history marking the question that whilst things can be argued, should they be? Whilst there has not yet been any outward protest towards the event, some hostility is to be expected when the speaker is questioned.

The Tab, in a series on the Pro-Life society within St Andrews, will be posting a follow-up review on the content of the event