Egg puns aside, these attacks are getting pretty serious. This is nothing to crack up about.

Yesterday, our friends at The Stand broke a story about the recent spate of eggings that have been happening around St. Andrews.

There have been multiple incidents of this, most notably in the park on the way to University Hall, ABH and Andrew Melville, where several nights in a row students have been attacked with eggs, from people sitting in the trees.

We spoke to one first year who’d witnessed this coming back from a night out around 1am:

“It was really odd. We could see a group of people standing in the middle of the path, who were obviously staring at something in the trees. Turns out there were two guys sitting in the trees barking and chucking eggs at students as they walked underneath. Thinking they were students, we legged it through as a joke and shouted back at them. Their responses were pretty abusive actually” 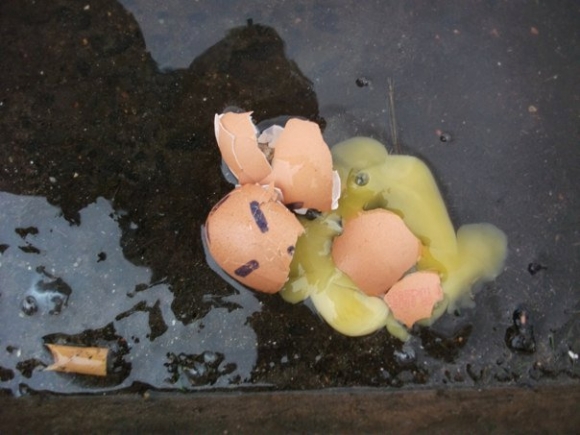 Another said: “They shouted ‘your bird’s got bigger balls than you’ at me. Was quite offended if I’m honest, or would have been if I actually had a girlfriend”.

It appears these infamous eggers are students at Madras College, and have been involved in other incidents around town, including throwing eggs directly at students, at halls of residences and at student houses.

It’s easy to take incidents like this as a bit of a joke, but if these persist they could get more and more intrusive on the lives of students, and may even become threatening in the future.

If you’re involved in an incident and feel as if the University needs to be contacted, either speak to either the police, out of hours security, or your team of wardens in halls.