There’s nothing quite like the brutality that is house hunting in the bubble. Student vs student – may the odds be ever, or most likely never, in your favour.

Living in halls is the gateway to bigger and better things. As sharing meals with a couple of hundred other people – most of whom you may only know well enough to awkwardly smile at in passing – starts to feel a tad crowded, dreams of a more private home begin to take hold.

Fuelled by the desire to use a toaster without standing behind a ten-person long queue, obtain at least a handful of curly fries before they are all stolen by that single greedy git in front of you, and share a kitchen at the weekend with a handful of people compared to the forty incredibly messy individuals currently on your floor, you must escape.

Luckily, out of the crowds of  people, at least four of them have had the pleasure of seeing you at your absolute worst (freshers, raisin, sinners – plenty of opportunities). They therefore fit the criteria necessary for a future flatmate.

One too many Pablos later, and the next day you find yourself amongst a group of four hungover and 75% committed prospective tenants. Clutching your suspiciously similar hall references you begin to pester every letting agent in St Andrews, greatly underestimating the difficulty of the long and arduous quest ahead.

While you may have looked a little worse for wear upon collecting all your documents together and presenting them to Thorntons, Stonehouse and every other letting agent you manage to spot around town (because let’s be honest, with only three streets you didn’t bother googling names and locations), you step up your game when it comes to actually viewing a property.

Donning that slightly crumpled ‘smart’ shirt your mum made you pack (the one that previously lived at the bottom of your wardrobe amongst a disgracefully large pile of dirty laundry) you and your friends march on with a naïve sense of hope towards that idyllic centrally located flat, fully expecting it to become your home for the next three years.

However, reality shows no mercy. It throws down its gauntlet in the form of a street long queue outside the house, marking the beginning of an epic battle yet to ensue as you quickly realise that this will not be the intimate viewing you had previously anticipated. £650 a month? No problem… 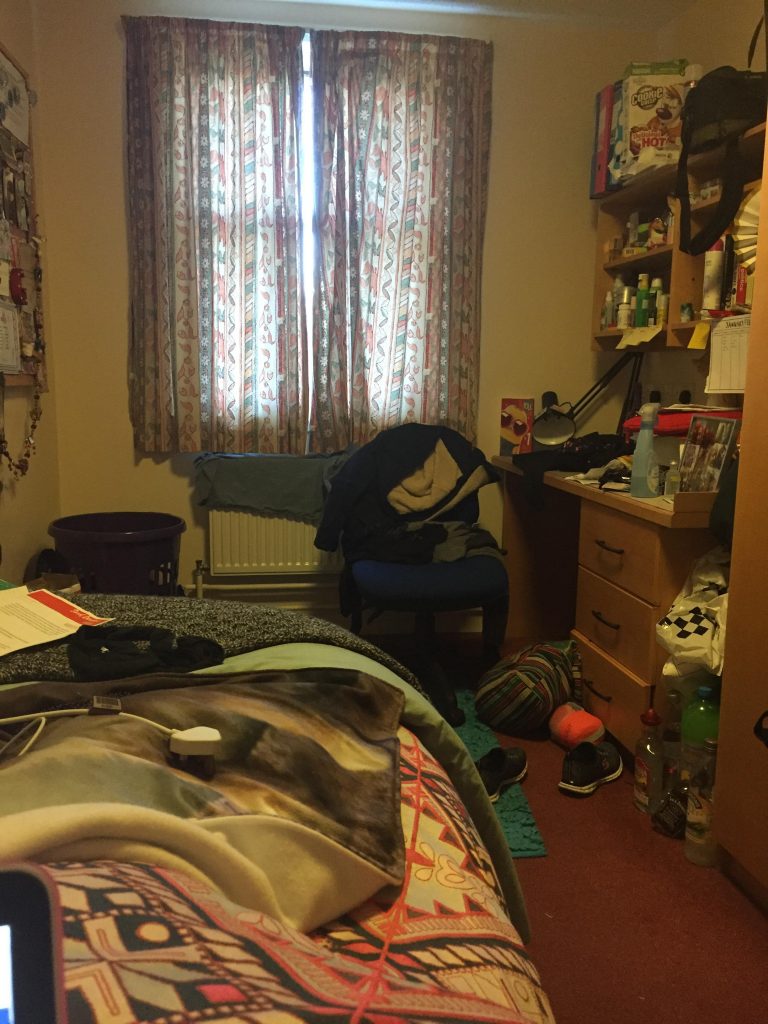 You’re jostled through room after room; trying to turn a blind eye to the damp on the ceiling and fighting a never-ending stream of people on the stairs – all sporting the same overwhelmed and slightly dangerous looks as one by one you realise: The cleanest the kitchen will ever be

This time you were unlucky, and for the next three weeks your stress levels skyrocket as every conversation at every meal time is focused upon housing. Your fake smile and feigned chivalrous attitude are both in frequent use as each new day the property gods seems to favour another group of friends, frowning down on you for some maddeningly unknown reason.

Nearing the end of term you FINALLY succeed, reaching a point of desperation where you take the first Eve Brown property offered to you. Despite being stuck at least a 20-minute walk away from the town centre (which, let’s face it, feels like miles) it’s not all doom and gloom; the promised land that is Aldi is just around the corner.

Never fear: this battle is a yearly occurrence.

If you see any of these items in a boy’s room, leave immediately

This is not worth the shag