Did you know that we go to a very old uni?

Since it’s nearly St Andrews’ birthday, we should appreciate just how old it really is.

St Andrews began teaching in 1410 and became a full university in 1413 with the issue of a Papal bull.

Within the past 602 years that our university has been around, much of the world has changed or rather, been invented.

1. The United States of America

Even in 1759, the university awarded an honorary degree to Benjamin Franklin, one of the founding fathers.

So if you ever hear an American talk about how cool everything is because it’s so old here, please keep in mind that the first English settlers didn’t even step foot on mainland America until 1607.

As an American student, I cannot deny my pride

Well, kind of. People were still able to breathe at the time of our university’s founding, but oxygen was not discovered until 1774. Before that people thought that air was its own uniform element rather than a mixture as we know it as now.

So take a deep breath and get ready to celebrate our uni’s birthday! 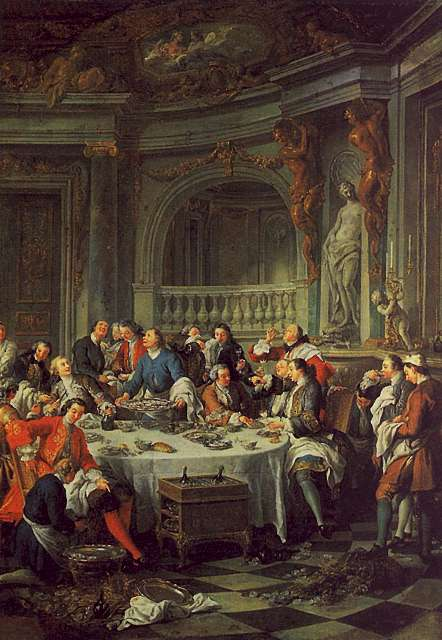 Can’t imagine a celebration in St Andrews without a glasses of bubbly? The university predates champagne by almost a quarter millennia, as the first sparkling wine was not invented until 1531 and Dom Perignon was first produced in 1670.

Although students were not allowed to drink for a period of time after the Scottish Reformation, as evidenced by the red gown tradition, you can now see our love for Champagne, Cava, Prosecco, and every other sparkling wine through empty Tesco shelves during ball weekends.

As a universal symbol of equality for both maths and social movements, it is hard to imagine a world without this symbol. Alas, the equals sign was not used in mathematics until 1557 and overworked students rejoiced at a new short-cut.

“Is equals to” was written out for every equation before this sign was popularized.

“I like big variables and I cannot lie” – Sir Isaac Newton

As revision and exams approach, many maths and science students will be cursing the names Newton and Leibniz. Both are credited for the modern development and application of calculus in the late seventeenth century, which then led to many other scientific advances that define the modern world.

Twenty-three years after teaching was under-way at St Andrews, education was revolutionized by the invention of the printing press by Johannes Gutenberg in 1436. This allowed for knowledge to spread more easily across early Renaissance Europe and for all students’ reading lists to grow.

However, it was not as though there were no books before the printing press: instead, people had to hand write each individual copy. I assume recommended readings did not exist due to the limited availability.