Face the unknown, but enjoy what you have as well

As a human being (young woman, meddling kid, Hall Sport Intern—take your pick) I should be afraid of the world. The world is terrifying. I don’t think I need to explain that. You know, taxes and spiders and such. But I refuse. Why should I be afraid of what I don’t know? I want to experience the terror and use it – use it to take over the universe, use it to live a happy life, but mostly, use it to tell a story. There is not a single person I like who hasn’t been presented with something horrible and kicked it’s terrifying little butt. Rapunzel wasn’t interesting until she left her tower. Steve Jobs wasn’t innovative until he dropped out of university. David Beckham wasn’t important until he took off all his clothes and became an underwear model. Take a breath and face something scary. 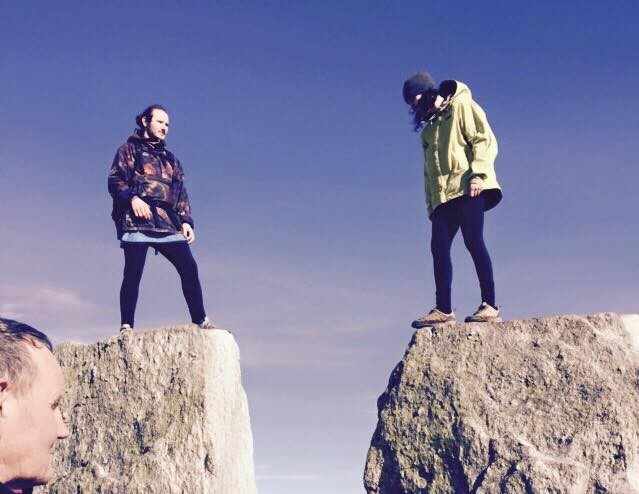 Now, I could end this article right here, but instead, I want to qualify this idea. You should do things that you normally wouldn’t, of course – however, this does not mean you should do things just because you can. Know who you are, know your limits, know what rules to break, and know what is too far. Learn that ridiculous can sometimes mean ridiculously fantastic. Your intuition is there for a reason, though. Don’t ignore it. Acknowledge it. Make a conscience decision whether or not to follow it. Think.

I learned this part recently.

I was in Amsterdam over the weekend, ready for some fun – if you know what I’m saying. (I’m saying PG tourist-y things. I was with my mum. Calm down.) And we were in the hotel bar having a relaxing drink. She ordered a Chardonnay. Dry. Lovely. And I had something that tasted like coffee, so I was happy. I mentioned how booooooring I thought getting a Chardonnay was when we had a wonderful choice of cocktails at our fingertips. My mom responded by saying that it was ‘safe’. She always has a good time when she drinks wine. Which is ok, it’s not boring to order wine. It’s mega classy, but “oh my god,” I thought. “Mom, NO. You shouldn’t do something because it’s safe. Go a little crazy. I’m not saying Jaeger Bomb it up, but take a chance. A little Sex on the Beach every once in a while isn’t gonna kill you. Gross.”

But as I thought about it more, her choice was perfect for her. She knew she wanted wine because she liked it. Yes, her reasoning threw me off a bit, but what I realised, is you don’t have to do anything you don’t want to do. You will, undoubtedly, be presented with the unknown at some point in your lifetime, and you will have to face it. Take those chances. Choose your chances. Be in control when you can because that opportunity comes along very rarely. Life is weird. It will always be weird. Don’t live life for the story. Let the story come to you.