Five things to do this week

The Gaudie, May Dip and May Ball, it’s a week of St Andrews traditions and frivolity

1. It’s the first week of revision and you’re all probably feeling a bit depressed at the prospect of studying when summer keeps giving glimpses of its coming. Don’t stress too much! You’ve got two full weeks to revise, so take it easy this week. Go on beach walks when the sun is shining, join the queue at Jannettas whenever you pass by, and attend as many of the following events as you can before it becomes absolutely necessary to chain yourself to a desk in the library.

2. Join STEREOCOPE magazine for the launch and exhibition of its issue themed ‘Intimacy’ on Thursday evening from 18:00 until 22:00 at the Preservation Trust Museum. Head to the Byre Theatre Studio after the exhibition for an after party running from 22:00 until late, perfect timing for those pre-drinking for May Dip. Pay £6 on the door for entry and a copy of the issue.

3. The Kate Kennedy Club is running The Gaudie again this year, a torch lit pier procession in honour of John Honey, a student who swam out to sea five times one night in the eighteenth century to save sailors from a sinking ship. Meet at 20:00 on April 30th outside Younger Hall to receive your torch and take part in the commemoratory tradition.

4. Friday May 1st marks the annual May Dip, one of St Andrews’ oddest traditions, which requires students to get up before sunrise after a night of drinking and plunge into the ice cold North Sea off East Sands. If you’ve committed a St Andrews sin, namely academic incest or standing on the PH marked in the cobbles on North Street, you’ve got no choice but to face the icy billows. Those of you pure of sin, do it for the experience! The sight of thousands of swimsuit-clad students sprinting into the sea as the sun’s light displaces the night sky is not one to be missed!

5. There’s less than a week to go until May Ball, the final black tie event before summer exams, renowned for its extravagant three-course meal, funfair ground and music line up. Most girls have probably already decided what they’re wearing, but if not, I’d suggest going for a dress in block colour or a floral number. You can’t go amiss with either of those. The Kate Kennedy Club sold most of its tickets at the Bandstand a couple of weeks ago, but if you know the right people, I hear there are still a few going spare. 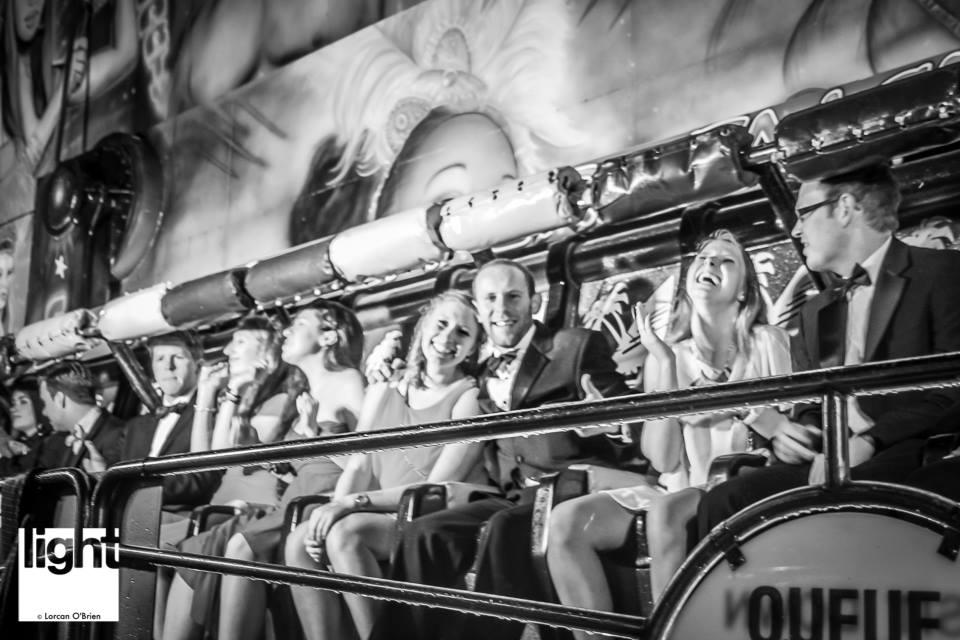