The One Under hosted Julia and Iain’s date. Here’s what happened. 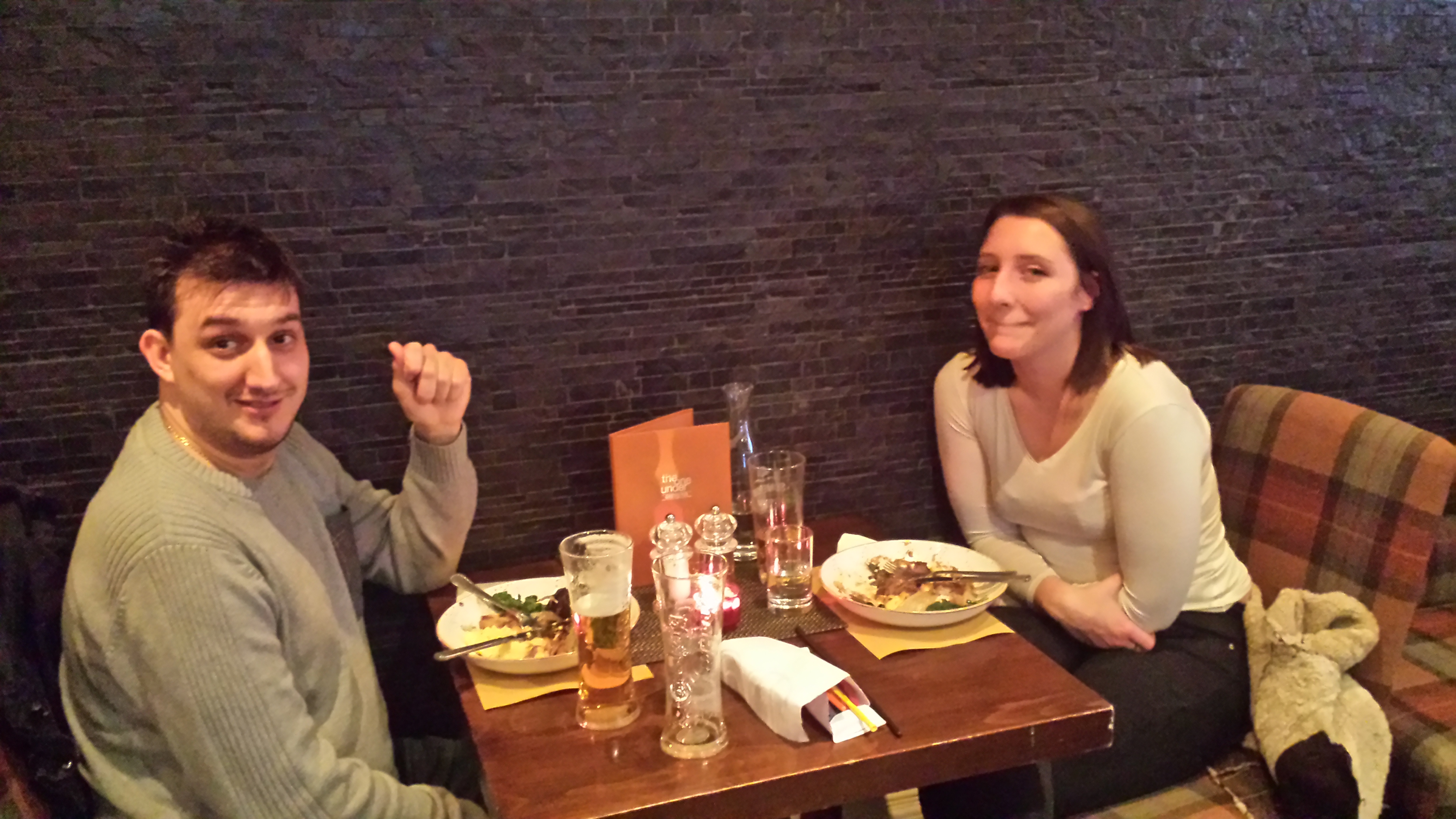 Julia: 5.5. He was nice and definitely has a big heart, but I guess I’m super awkward on dates. Probably because this was my first.

Iain: I would say about 7.5 out of ten. The hardest part is sitting there on your own not knowing if anyone’s going to turn up!

2.) How was your performance?

Julia: I was really awkward and regretted not pre-gaming early into the meal. A few pints during the meal helped get things rolling, though.

Iain: I did not find it too awkward. I think my performance was ok; the chat was going well, but the most awkward thing was when someone came over when we were in mid-conversation and started taking photos of us!

3.) What actually happened at the date?

Julia: I arrived with balloons in my pocket and hope in my heart. When I suggested he use them, he declined stating that he only uses them at children’s parties. We talked a lot about what it was like to be a student and what the far side of St Andrews was like. I was happy to get to know a local; they’re really not as bad as they look. The food was delicious as well – I had braised beef on his recommendation, which was a culinary sensation. However, by the end of the meal I ran out of things to say so time pasted a bit more slowly. When all the food was gone, we hugged and parted ways.

Iain: On the date we just did the whole get to know each other as you do. We both ordered the braised highland beef (maybe a connection there?) and the food was very good. We did not get that drunk as my date had lots of uni work to do. Shame (I hope it was not the brush off lol!!). She brought balloons with her, but I had no pump so couldn’t work my magic. If I’d made her some animals with them I think I would at least have left with sticky fingers.

4.) Are you going to see these people again?

Julia: I mean…if I run into him on the street.

Iain: I would like to see my date again as I had a good night and enjoyed our chatting. I also think it would be a lot less awkward the second time round.

Julia: No, because even though there was great food and it was a new and exciting experience, I felt painfully awkward. Even thinking back on it now makes me sweat…in all the wrong places.

Iain: Yes, I would do one again. If you want to meet someone but do not have the confidence to ask them out then it’s a good way to meet new people. The only problem is they may think you are a compete c*** from the start!!