Earlier this week, The St Andrews French Society executed a stellar performance of Petits Crimes Conjugaux, a French play about a couple – Lisa and Gilles – who tries to piece their relationship back together after a tumultuous history sullied by infidelity, duplicity, and deceit. For a less-than-competent French connoisseur, the viewing experience was a bit awkward, as the English subtitles were incommodiously placed, and required some dexterous head swiveling and neck craning. Aside from this issue, however, the lines were delivered clearly, and each actor demonstrated an expert command of the spoken language. 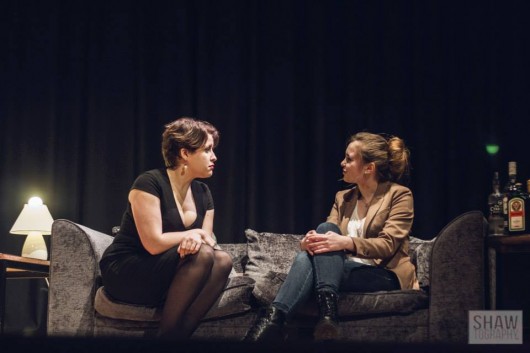 The roles of Lisa and Gilles were portrayed by three respective actors, an initially confusing decision by director Marcin Kupiecki, but one that ultimately served to illustrate the applicability of the duo’s problems to myriad couples. Each actor had a distinct style, but the transitions were artful enough so that the dynamic between Gilles and Lisa was consistently powerful throughout. What is particularly noteworthy is the director’s decision to cast a female for one of the roles of Gilles. Camille Bigot portrayed Gilles as “Giselle,” and even provided the audience with some girl-on-girl action (#holla). Whether this was an intentional effort to include themes of homosexuality, or simply due to the fact that St Andrews lacks a sufficient male population, it was done seamlessly. Particular recognition must be awarded to Pao Salcedo’s portrayal of Lisa – her exceptional delivery and captivating presence lent Lisa’s anger, frustration, and passion a quality palpable to the audience. Generally, each actor delivered a solid performance, but the storyline itself was engaging enough to provide the show’s intrinsic merit. 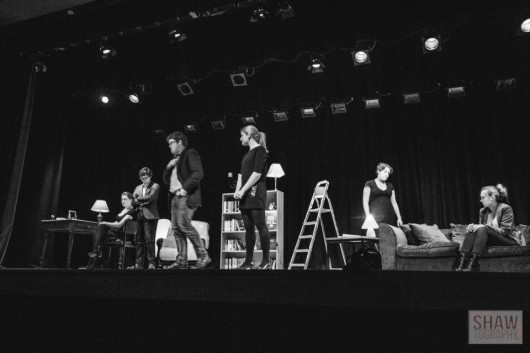 The French Society deserves an honest congratulations for putting together such a successful performance of Petits Crimes Conjugaux. Bravo!