The 600th Anniversary ended with a BANG (in the form of the 600th Finale Ball).

You only turn 600 once, as we have often been reminded over the last three year anniversary extravaganza, but it all came to a final close this weekend, most fittingly on St Andrews’ Day. The Fellowship had an awful lot to live up to. Having spent most of their short history fannying about in gardens and having cheese and wine (I joke, I’m sure the garden looks great), the responsibility of the 600th Ball turned out to be an immense one. Tickets were like gold dust, despite the ever-stretching capacity from 600 to 800, then to 1200, finally stopping at 1600. 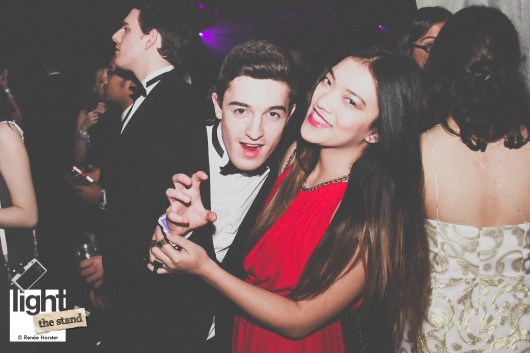 Firstly, I cannot sing the praises of a Lower College Lawn event enough: unlike the frankly irritating Kinkell, you can come and go as you please, run home to change your shoes or pop in and out throughout the evening as you see fit. No travel complications either (ahem, Starfields). It also means the library toilets are in close reaching distance, something which turned out to be almost a necessity due to the unbelievably crowed loo area. It’s pretty important to get the basic needs down first, making sure your guests are fed (check, buffalo wings truck), watered (or champagned and vodka’d) and have somewhere to relieve themselves. To anyone thinking about planning a ball in the near future – don’t skimp on the portaloos. The judgmental glares coming from the late-night library users were like daggers in my back. 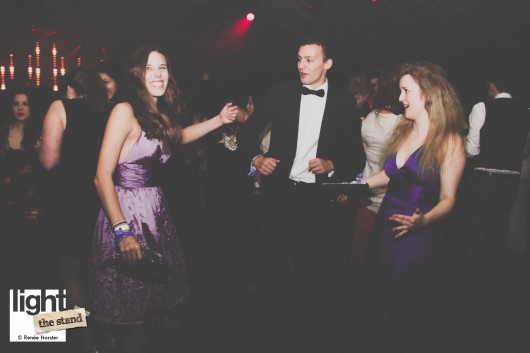 Other than this relatively minor detail, it’s pretty easy to say the Fellowship really pulled this one off. The one-night-only atmosphere was on their side, and the full day of events made this Ball just that bit more special than so many others. A couple of free drinks made the ticket price sting just a little less, and the bars were not unreasonable in wait time or cost. 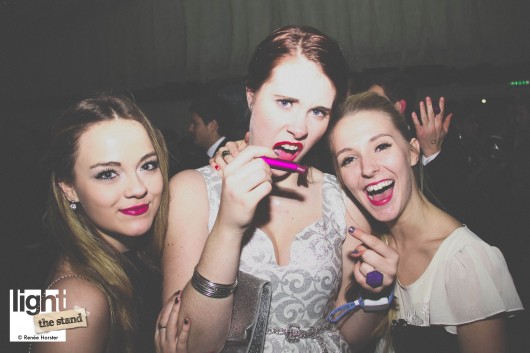 I’m a chart-pop-terrible-taste kind of girl when it comes to tunes, but it’s safe to say the dance floor was absolutely packed from ten right up until two, the Black Sheep proving a hit with their cool covers and subsequent DJs  – April Vellacott, DEL PELLO and A.C.B absolutely bringing the house down. And of course, the ‘special surprise’ must be mentioned, although I don’t think my words can quite do it justice. To simply say ‘they gave us wristbands that flashed’ doesn’t sound too impressive, but it really, really was to a marquee full of sloshed people. The guests became a living equalizer to Del Pello’s beats, and seeing everyone light up in time to the music was pretty cool (despite the fairly odd, downbeat choice of ‘Wonderwall’ and the slow realisation that they didn’t have an off button).

Well done, Fellowship. A fantastic end to the celebrations, never have I been more proud to be a #standrewsgirl. Here’s to another 600, and what a shame we won’t be there to see it next time! 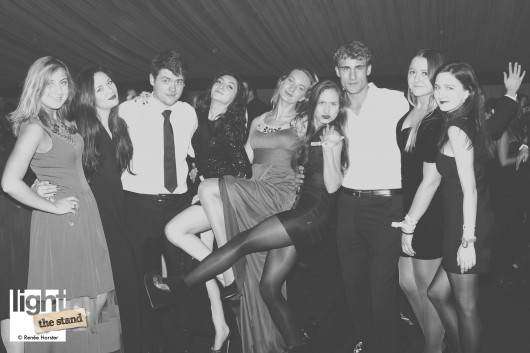