Normally I don’t approve of Christmas activities before December, but the festive atmosphere at Santa’s Soirée was almost enough to coax even the meanest Scrooge out of their misery. For those of us who beat the queues, we were greeted by plenty of tinsel, baubles and piles of presents as well as hockey girls in an array of fancy dress costumes, from the ubiquitous sexy Santa to a more traditional Mary and Joseph combo complete with baby Jesus doll, to get us in the mood. 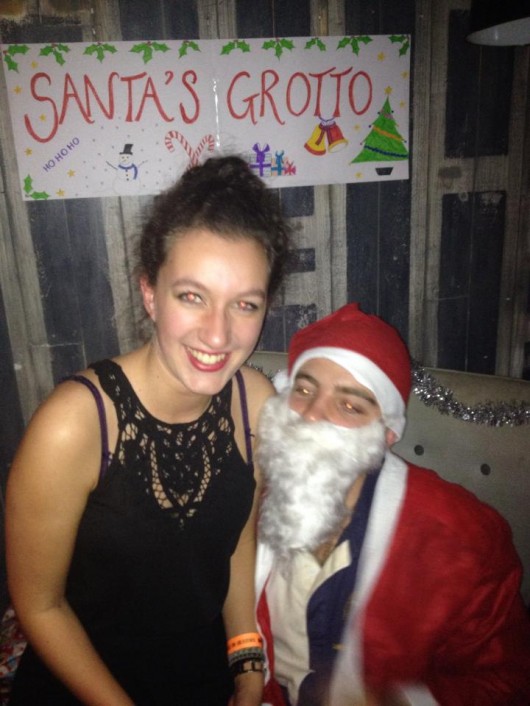 Feeling rather underdressed amongst the hordes of Christmas jumpers and elf ears, we made our way to the bar, where in classic Vic style we waited almost half an hour to be served (busiest night of the week and only two bar staff, really?) However, with the help of a double G&T (it was a long wait after all) we remained undeterred and paid a visit to Santa’s Grotto. In keeping with the slutty Santa theme, he only gave presents to the ‘naughty girls’, and he seemed to enjoy having them sit on his lap a little too much, making announcements that perfect for the occasion but inappropriate enough to ruin anyone’s childhood image of Father Christmas.

With such a great turnout the dancefloor was packed all night, although as the Vic were so understaffed there was broken glass everywhere (providing that extra bit of Christmas sparkle). There was a disappointing lack of Christmas music, I was expecting a festive classic every two songs or so but St Andrews seems to be happy as long as there’s some Avicii, so overall the music was a great success.

As the night went on we began to feel as if we’d crashed an exclusive party, as literally everyone else seemed to be part of the hockey club or the rugby team and as the Santa hats were shed it became just like any other sports social. 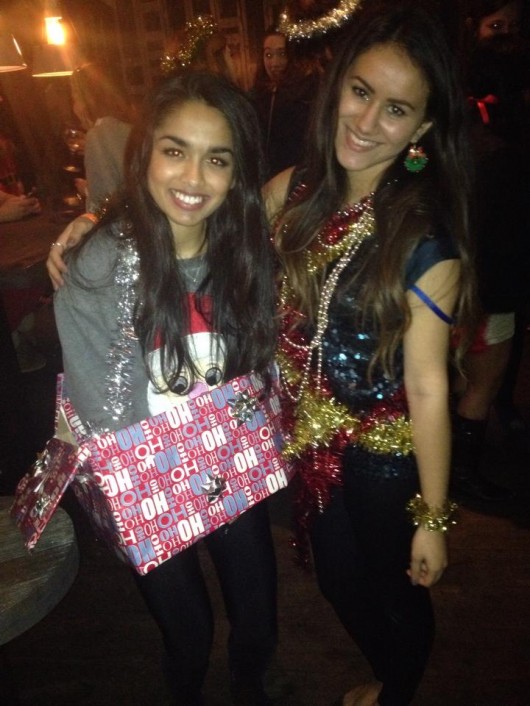 Overall the hockey girls did well, putting on such a successful event with a seemingly uncooperative venue (when we arrived we were thrown out of the main bar as it had apparently been hired out for an FS party – although it did open up later), and full credit goes to them for the great time we all had. However, the gratuitously small amount of Christmas cheer could have been improved, maybe by some seasonal drinks or something? Nevertheless, it was a great chance to let our hair down, and to remind us all that there are Christmas lights at the end of the long exam tunnel.