Rowan Anderson finds out how to party for the 600th.

Having dined with Hillary and taken sage advice from Sean Connery, St Andrews is on its way to bringing the 600th anniversary celebrations to a close.  Though not, however, without having one last party in the form of the 600th Finale Ball.  The event will be hosted by The Fellowship of St Andrews, who upped the hype last night with a launch party held at The Vic. 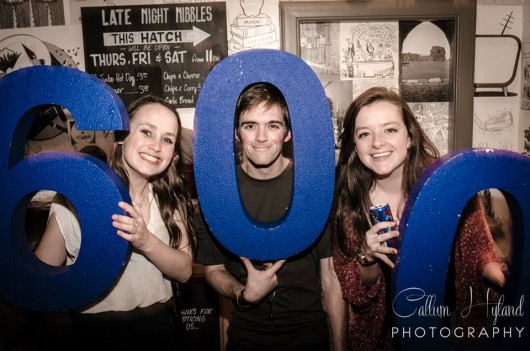 The event promised to be a rager, and guests were encouraged to arrive early with the prospect of free entry before 10.30pm as well as the chance of a free drink.  The first 150 guests to arrive were treated to a complimentary canned cocktail supplied by event sponsor Dragon Soop, which provided the extra caffeine hit, handy for those keen-beans eager to stay until lights-up.  For those of you unfamiliar with the concept of Dragon Soop, think Red Bull for (almost) grownups. 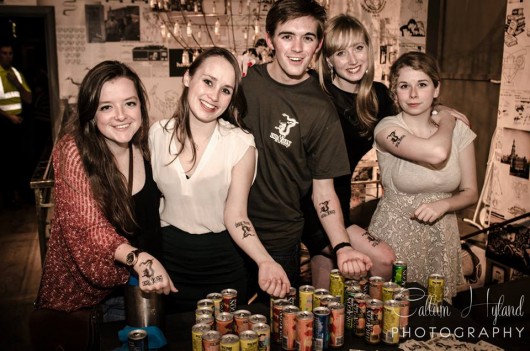 The event distinguished itself from being just another night at the Vic with a genuinely buzzing atmosphere, and all areas were filled to capacity, even the weird corner room off to the side where you’re supposed to dance but which (usually) remains sad and empty. The DJs Staley Sharples and Austin Bell, who performed in separate sets, maintained a packed dance floor playing music that nobody had heard before but everybody loved. The party ambience throughout the venue was also helped along by unbelievably cheap drinks. If a 25th anniversary is celebrated with silver and a 50th with gold, we can safely say that a 600th is celebrated with Sambuca, which was flowing wild and liberally at £1.10 a shot. 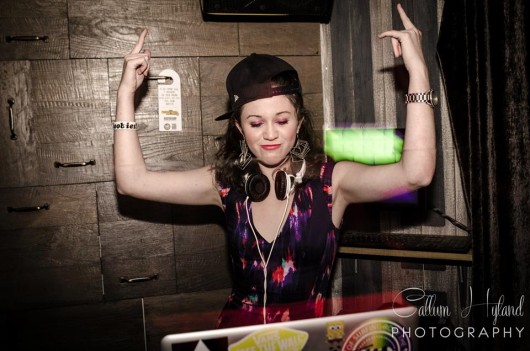 Meanwhile, members of the Fellowship debunked their formal image by covering themselves in transfer tattoos also supplied by the ever thoughtful and generous Dragon Soop, a few of which were applied using vodka (#impressed). It was a great opportunity to meet The Fellowship, who remain slightly enigmatic owing to their newness as a society.  Are they kind of like Lumsden and The Kate Kennedy Club with more gender diversity and matching temporary ink instead of matching outfits? The mysterious gang were happy to be quizzed on what they actually do, why they are definitely not the KK, and what surprises they have in store for us at next month’s Ball. 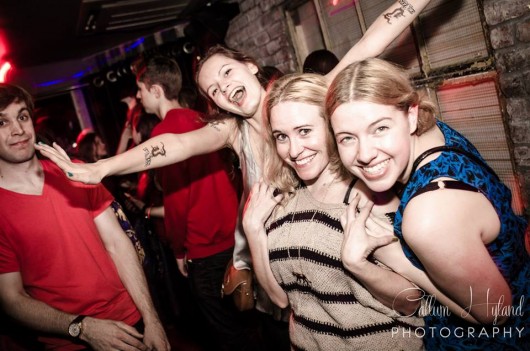 Overall, the launch party was an excellent night, even though it lacked things like balloons (can’t have a party without balloons, amiright?) and reminders about how clever we are to attend a University older than the USA. We can only hope that they’re saving these treats for the ball itself.