Why Beyonce runs the world

Nope, not Blair Waldorf (although she’s pretty damn royal) or even Britney.  No, I mean Beyonce Knowles.  Undeniably the most popular female performer in the world right now.  Forget about […]

Nope, not Blair Waldorf (although she’s pretty damn royal) or even Britney.  No, I mean Beyonce Knowles.  Undeniably the most popular female performer in the world right now.  Forget about Rihanna, you can keep your Adele; it’s all about the Queen Bey and her sell-out 60 date world tour. So what’s with all the hype about this Mrs. Carter chick?

1. Her voice.  The sound that comes out of her perfect mouth when she sings can only be described as pure auditory delight.  Her voice is strong and powerful, yet soft and inviting at the same time – not to mention she makes it seem so effortless.  The spectrum of music she covers shows she is more than capable of singing anything and make it sound fantastic.  And I’m not just talking about her recorded music, having now seen her twice live *fan girl* I can vouch for her talented vocal cords.

2. Her unbelievable dancing ability.  Dat gurl got some serious moves.  If you don’t believe me treat yourself to the ‘Single Ladies’ video.  WARNING: there’s a 98% chance you will drool. She even shakes that gorgeous derriere live on stage, even if she’s 3 months preggo (Glastonbury and T in the Park 2011)

4. Her inner circle.  She’s married to Jay-Z, she may have 99 problems but having an awesome husband isn’t one.  Bey and Jay have a combined net-worth of $755 million (that’s $500 million MORE than Brad and Ang. Pfft).  They are the ultimate power couple which is made even more adorable by the fact that they are smitten with each other.  N’awwww.  She’s also BFFs with Chris Martin, Gwyneth Paltrow, and the Obamas. #whitehouseregulars

5. Her image.  Saying this you probably jump to thinking about her insane curves/smile/hair but that’s not what I was getting at.  She’s beautiful on the inside too; she has devoted a large proportion of her time and money to a number of philanthropic causes such as the ‘Survivor Foundation’ which she set up to help victims of Hurricane Katrina.  She’s also a pretty amazing role-model for women, which leads me to the next point…

6. Her belief in ‘girl power’. “Who run the world? Girls”.  She has a lot of love for her ‘sistas, and they certainly have a tonne of love for her.  Despite most of her songs being about love and her man, she still manages to portray an aura of womanly sass.

7. She inspired the word “Bootylicious”. (Oxford English Dictionary approved since ’06) 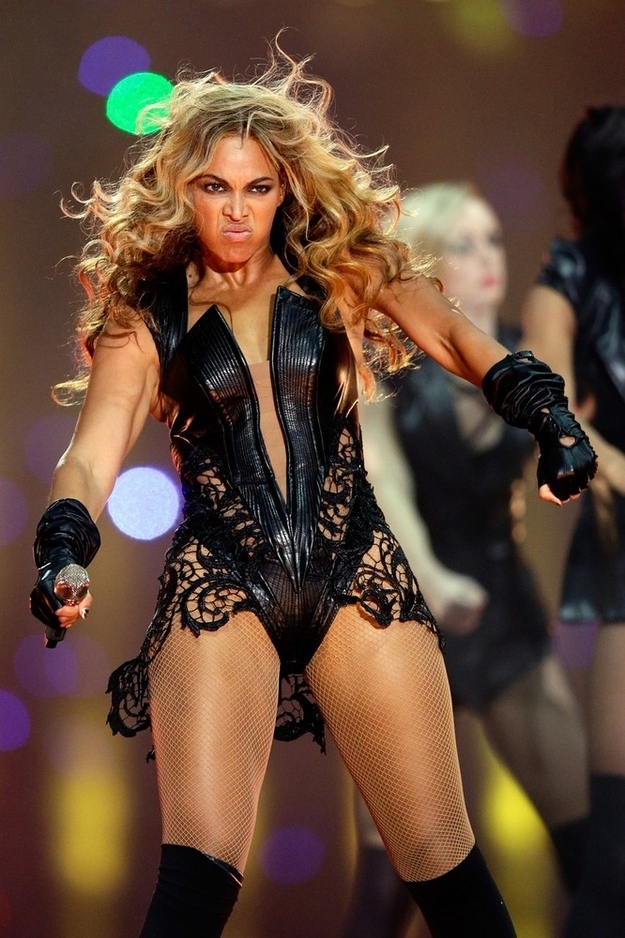 So after that very brief rundown of Queen B, I think we can all agree that she deserves her title.  Need to know more? Rutgers University in New Jersey offers a course on her majesty. Transfer anyone?

*FREE BEYONCE RELATED JOKE* – And then God made Saturn, and He liked it, so He put a ring on it.

Disagree? Tell us why you hate the Queen B here..