Queen’s Gardens: Fit for no Queen

Deadlines are still looming, but the contest for party of the year has already been won. It wasn’t May Ball and definitely wasn’t Opening Ball, as the Kate Kennedy boys […]

Deadlines are still looming, but the contest for party of the year has already been won. It wasn’t May Ball and definitely wasn’t Opening Ball, as the Kate Kennedy boys have nothing on the American tourists currently residing in No. 6, Queen’s Garden.

Six Yankee golfers on holiday in St Andrews enjoyed our hospitality so much that they felt the need to “say thank you and return the favor to the students” by throwing a rager of a garden party, as one of the 35+ year old hosts phrased it. The party took over the house, garden, and the road in between as first years to dissertation-free fourth years partied on down from 9 pm. 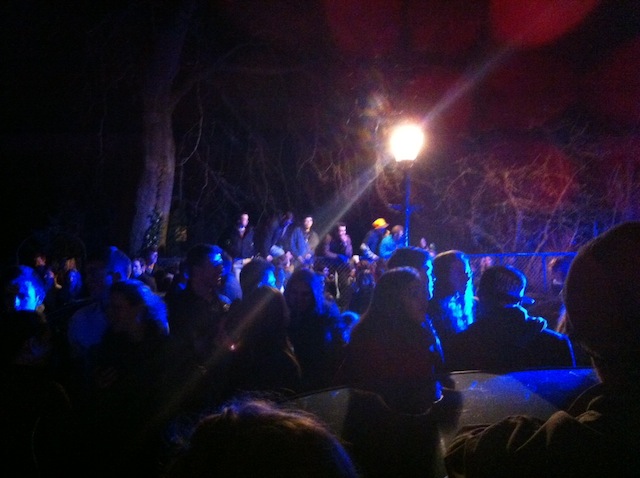 The organizer (who shall remain nameless for the sanctity of her potential police record) said that the party was “just totally hilarious”. Innumerable people were arrested for drinking in the street with the crowd cheering each one – for the drinkers, of course.

Second-year Cin Yung said that “this is an insane party, I’ve never seen this many people in one place in St Andrews”. The sheer number of party-people was too much for the police, with many drinkers going un-noticed. The mighty Fife police did have something to say to the golfers that planned it, however, giving one of the crew what can nicely be called ‘harsh words’ while a rather balls-y party-goer threw a full beer can on the windshield of one of the many police cars.

The party broke up officially at around 11:30, with the police threatening to take the information of many who crowded Queen’s Garden to watch the saga unfold. This detered no one, and the street wasn’t fully cleared for another hour or so. 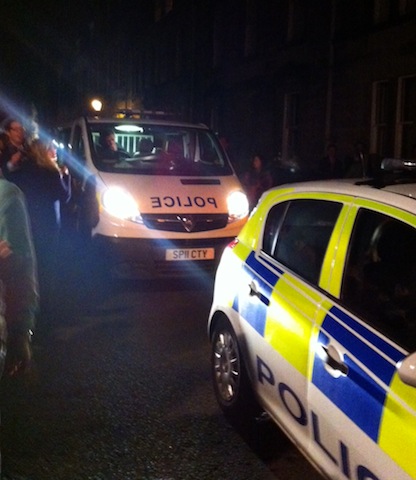 The neighbors were obviously displeased with the rager going on in the usually quiet street, but the crowds of students sitting on the garden fence, watching from the windows, and cheering from the street strongly disagreed. One thing’s for sure: those stuck inside with a deadline, dissertations, or a mere case of the sniffles missed the rare, American-style, college rager in St Andrews.