There’s more than one reason to be celebrating on Friday 26th April this year. Not only is it the date of the last day of classes but it also heralds […]

There’s more than one reason to be celebrating on Friday 26th April this year. Not only is it the date of the last day of classes but it also heralds the arrival of the ‘Swinging Sixties’ to St Andrews, as the Lumsden Club host their annual Pimm’s o’clock party. Think ‘The Boat that Rocked’ but with considerably less seawater and more Pimm’s No. 1. 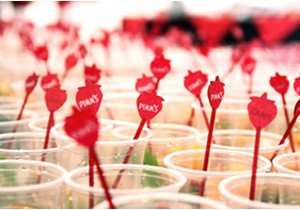 This year, the event is switching things up a bit and will be hosted on Nydie Camping Site which overlooks St Andrews Bay and the Old Course. It’s never been used for a St Andrews event before (fancy that, not being at Kinkell…) and should be the perfect spot to watch the sunset whilst topping up on Pimm’s. The Lumsden Club have also teamed up with Puddledub (burger fest) and Lovsushi (tartare delicacies) to provide some fantastic food throughout the evening.

As for the music, Samantha Anderson, President of the Lumsden Club, tells us: “Think 60s British music scene, so everything from rockers to hippies. Just to whet your appetite there’ll be Acapella, folk, Motown Soul and some awesome DJs”. The Sixties was quite the decade for music, including bands such as The Beatles, The Rolling Stones, The Who and Pink Floyd so get ready for some swingin’ dancin’.

It isn’t mandatory fancy dress but for ladies seeking fashion inspiration, simply google Jean Shrimpton and Twiggy, the self-described ‘Queen of Mod’. For guys who feel that an attempt to emulate the famous lothario Don Draper from ‘Mad Men’ might be a stretch too far, check out the 1960’s spy films that inspired Austin Powers. The event is sure to be a helluva lot of fun so don’t be shy. Whatever the weather – knowing St Andrews this could be touch and go – Pimm’s will be the perfect way to unwind after weeks of deadlines and start getting you excited for summer 2013. 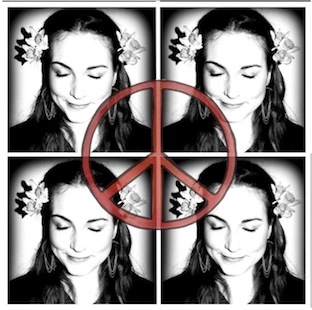 All proceeds from the event go towards raising money for two charities; Afghan Connection and Parkinson’s UK – Fife Branch. Tickets cost £36 and sales are Tuesday 9thApril at 1pm outside the Library. The first 250 tickets will receive a £5 voucher to Fresh Looks, so watch out for a stampede of ladies in the queue.