It may be hard to believe, but there is such a thing as ‘freestyle kayaking’. Think gymnastics in boats on fast flowing waves with spins, cartwheels and paddle acrobatics. Last […]

It may be hard to believe, but there is such a thing as ‘freestyle kayaking’. Think gymnastics in boats on fast flowing waves with spins, cartwheels and paddle acrobatics. Last weekend, 13 members of the Canoe Club set out on an epic journey to the National Watersports Centre in Nottingham, the home of the National Student Rodeo, an event now in its 12th year.

The National Student Rodeo is now confirmed to be the biggest event of its kind in the world with around 1000 students from around the UK kayaking, camping and partying together over an unforgettable weekend. This year was circus themed and we were treated to candyfloss, popcorn and endless colourful fancy dress as well as stellar sunshine for most of the two-day competition.

As dawn broke after an 8 hour drive and less than 2 hours sleep, the team were awoken by music, sirens and the stirring of 1000 students ready to take on the White Water course. The first round sees every competitor impress the judges with a 360 degree spin (Eskimo rolls included), surf on a river wave, hit a suspended football in the most novel way (boat, paddle and face all count!) then taking on a short slalom course. The rodeo is open to all ability levels and it was great to see both complete beginners and seasoned pros come together in one place just to do some kayaking with help on hand from a 50-strong safety team when you end up in the drink. 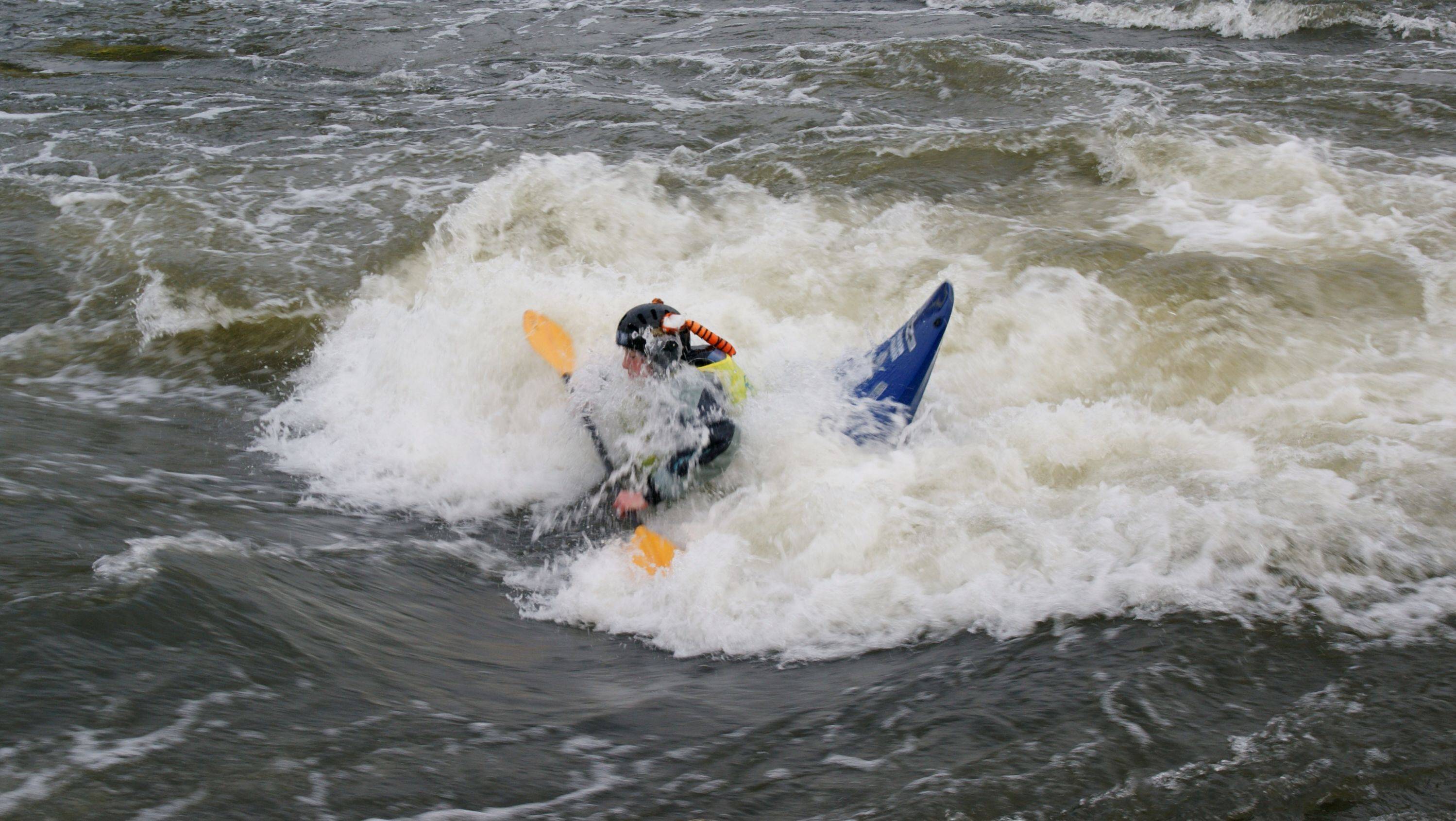 The first round decides the heats for the rodeo competition with different categories for men, women and for novices, intermediates and experts. After a solid effort in the heats, Camille Hayes eased her way into the Novice Women’s Final with a great mix of cow fancy dress and old-school moves, culminating in peeling and eating a banana whilst surfing a wave! Kirstie Macmillan was surprised to make it into the last 6 of the Expert Women’s Final after some (semi-accidental) loops on the ferocious ‘muncher’ wave in a tiger onesie. 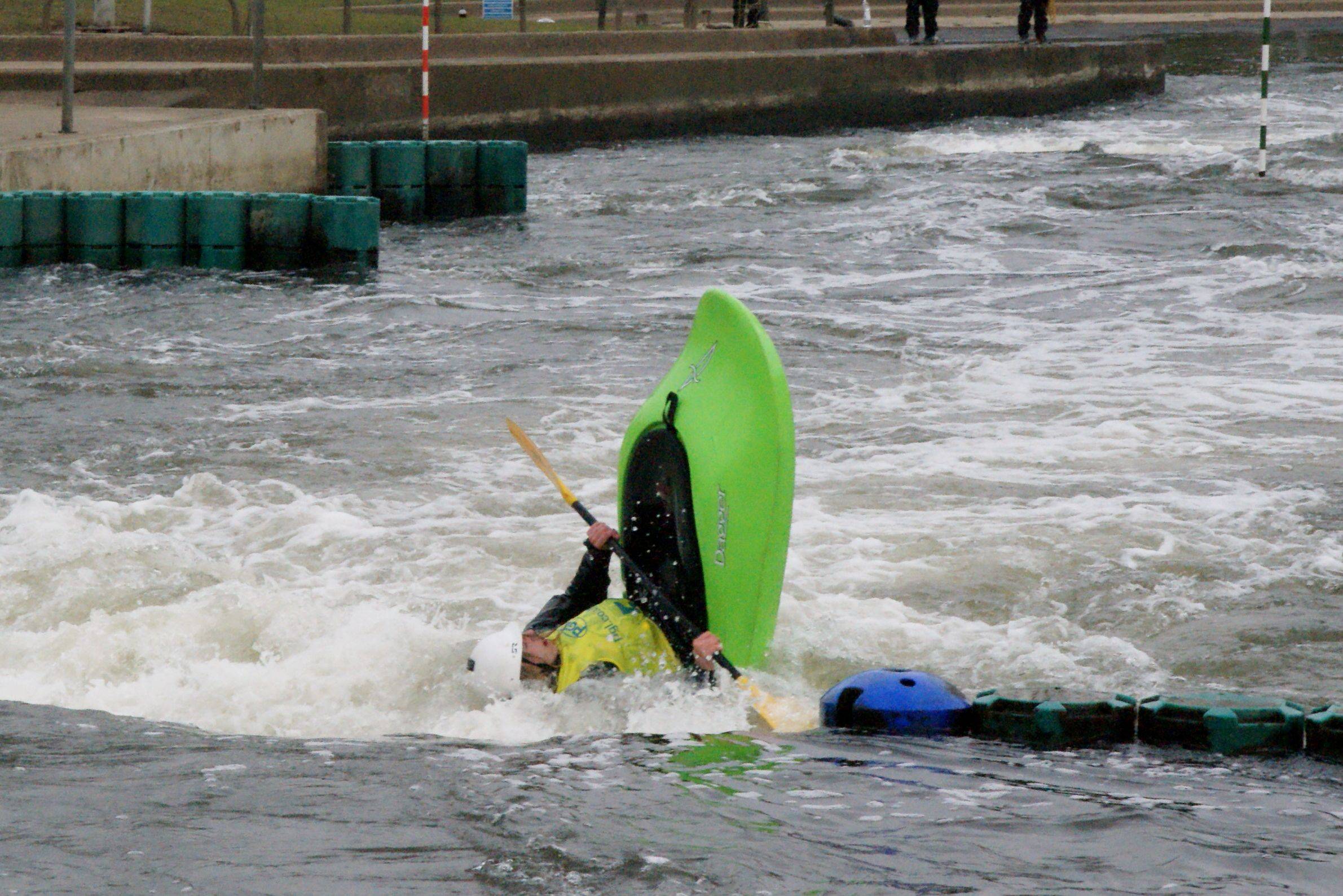 For those who didn’t make finals, there was still plenty of time to practice their freestyle skills with free use of the most modern ‘playboats’ on offer from various companies. Those who were less inclined to kayak shrugged off their hangovers in the bright Spring sunshine. Amy Kincaid and Camille Hayes took part in the hilarious ‘topo duo’ category where teams in double kayaks try to pull the biggest moves in front of a huge crowd. St Andrews have had great success in this category in the past and it was the first time an all-girl Scottish team had entered. It was certainly great fun to watch, despite some terrified faces from the two competitors when boats collided or crashed down on each other! 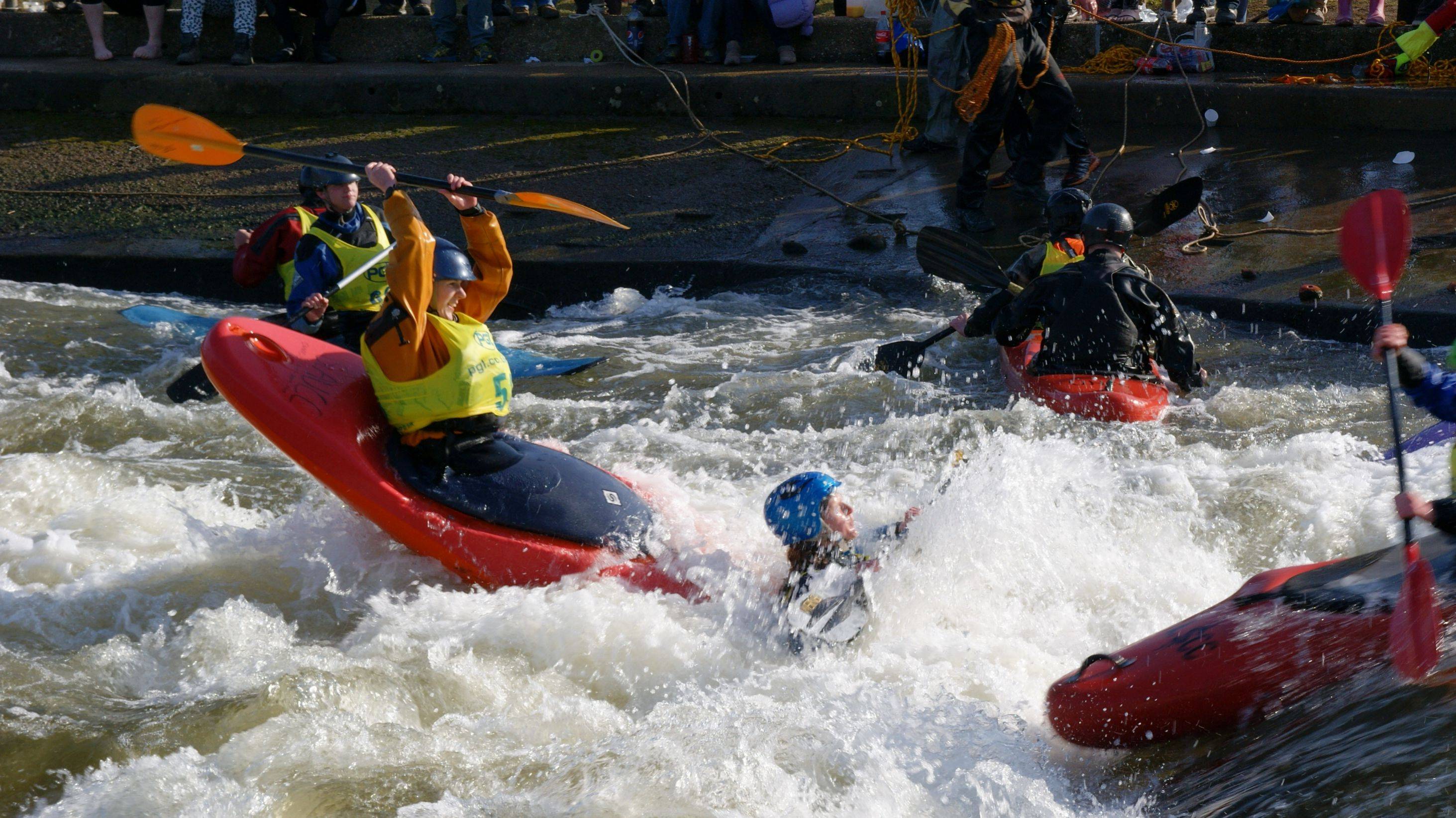 The Canoe Club hope to return to the National Student Rodeo in 2014 for yet more partying, kayaking and complete carnage! Freestyle is one of many disciplines of kayaking which is on offer for members of the Canoe Club. If you’re interested in learning how to kayak, visit staucc.com for details.