After four years in St Andrews, it’s easy to make assumptions about the plethora of events on offer for us students to attend. There are the ones that stand out, […]

After four years in St Andrews, it’s easy to make assumptions about the plethora of events on offer for us students to attend. There are the ones that stand out, then the ones where you were found in the loos at 2am and were unceremoniously frog-marched out by security, the ones which were just a bit ‘meh’. And then there are the rare ones that absolutely make your year. The ones when every single aspect of the night fascinates, intrigues and surprises you – the ones when you realised you haven’t stopped smiling all night. This was DONT WALK 2013.

After twelve years of combating violence through a positive expression of creativity, the team’s chosen charity this year was the Non Violence Project (NVP), which seeks to ‘anticipate and tackle violence at its source’, through the education of young people. Furthermore, its Non Violence University Project, of which St Andrews was the launch university, aims to forge better relationships between universities and their local communities. Undeniably a wholly worthwhile cause and one that students will surely be able to identify with, the passion felt by the organisers for the NVP was evident in every detail of the night.

Walking into Kinkell, a venue that can often seem a little tired and recycled, it was almost unrecognisable. Everything that normally screams ‘barn’ was cleverly adapted to suit the underground, urban tone of the evening, with huge clouds of balloons and paper birds hung from the ceiling, clever lighting and an impressive VIP area. 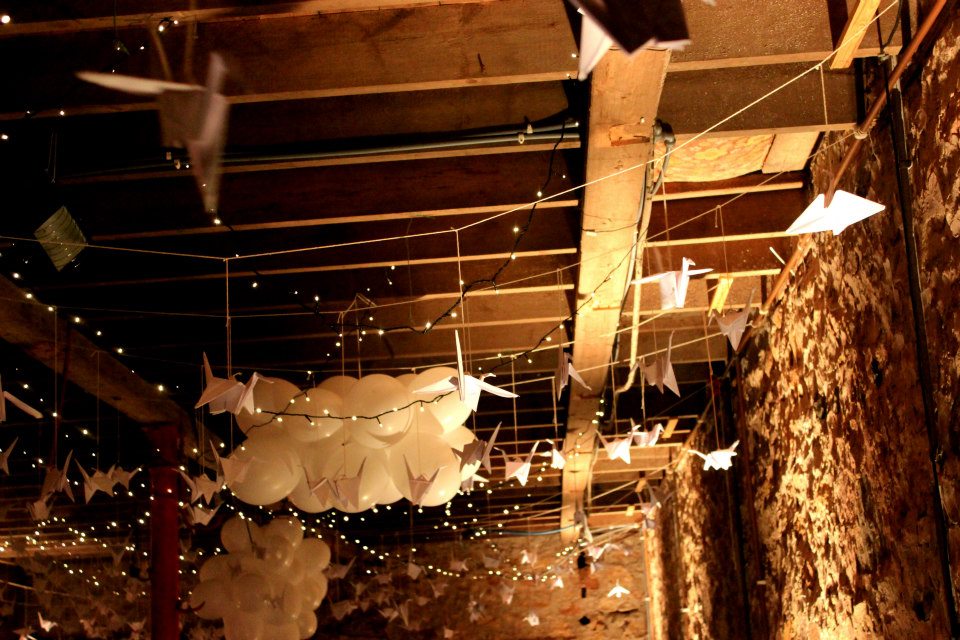 Using a new stage layout to previous years worked well, allowing guests to get close to the catwalk, whilst not too far from their tables. If anyone found it hard to tear themselves away from their table, it would be completely understandable, as not only was there plenty of alcohol, but some seriously impressive goodie bags, filled to the brim with Carmex, Batiste dry shampoo, notebooks, chocolate games, fold away pumps, the customary condoms (glow in the dark nonetheless) and my personal favourite, the Twitter mug with the hashtag handle. #amazing.

The show, as ever, was an outstanding example of the mix of creativity, fun, outrageousness and pure sex appeal that has come to define Dont Walk. The opening was theatrical and dramatic, and provided the highlight of the night for Director, Charlotte Adlard, as in her words “it signified everything coming together after so much planning”. There was an amazing variety of fashion on display and as ever the underwear section proved to be the most popular featuring designs by DONT WALK’S very own Creative Director, Alina Abouelenin.

The music achieved the seemingly impossible task of guaranteeing the room was up on their feet, dancing throughout the entire show. Head of Front of House Letty White-Spunner says, “For us, that’s the best bit. It’s the music that brings everything together; the guests can appreciate the fashion as part of a performance whilst enjoying a really great party”.  With classics such as Johnny Cash’s Ain’t No Grave and Fleetwood Mac’s Dreams being used alongside Maxxi Soundsystem, the electric atmosphere seemed to ricochet back and forth between guests and models.

The stereotypical static feel of catwalk shows was long forgotten and instead we saw the models enjoying the party along with the rest of us, bringing the clothes to life. The after parties, both in the main area and the VIP tent, continued on the high of the show, with Gavin Herlihy headlining and keeping the energy going into the until the buses started to arrive to whisk everyone away. 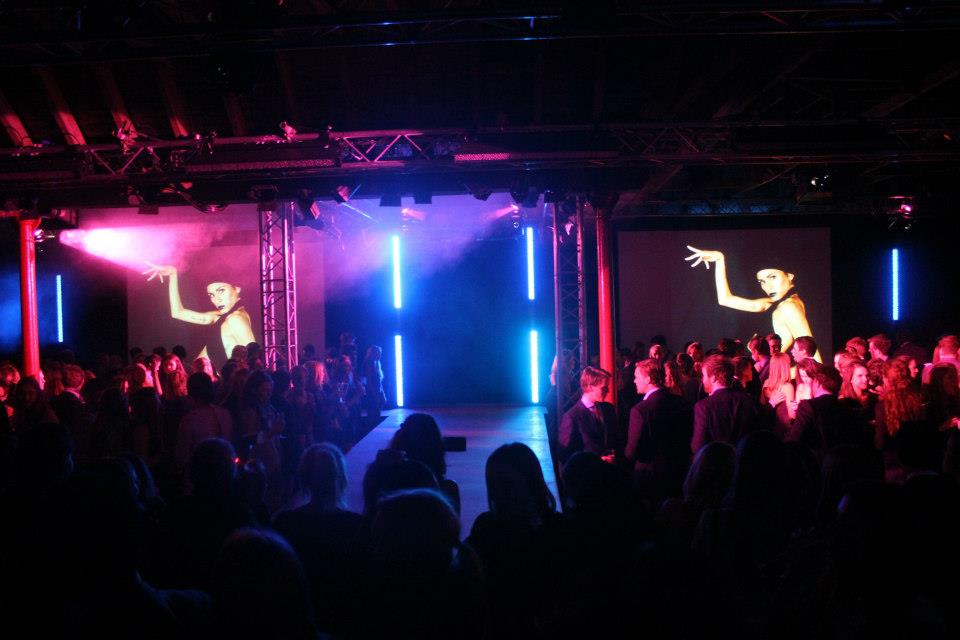 As someone who has gained a reputation of having fairly poor stamina on a night out, it doesn’t usually take much for something or someone to put a downer on my evening. At DONT WALK, I was unstoppable. A stiletto to the foot? I danced off the pain. A lost phone halfway through? The show distracted me until some wonderful person handed it in to the cloakroom. The moment when the Dervish stall ran out of food? Actually, that was pretty upsetting and hard to recover from. I think my body thanked me for it the next day and after all, it’s a fashion show, fast food isn’t going to be unlimited.

The Dont Walkers of 2013 should be incredibly proud of themselves, and possibly a little bit smug, for delivering into our poor, student hands, an event of such high calibre, that wandering through town the next morning, it was clear that the other guests had taken the name “DONT WALK” a little too literally. From their various beds and baths, despite having headaches that felt like 100 models strutting round your brain, there can be little doubt that the question on everyone’s minds (apart from “where the hell is the Berroca?’) was “Can we do it all again?” #yeswecan

And if you missed out on the “chiseled” element of the night, don’t worry we captured it for you..