The first thing I noted was that Venue 1 had been transformed. It had gone from being a depressing sticky-floored ‘nightclub’ to what felt like a tiny, intimate bar. The eclectic decor […]

The first thing I noted was that Venue 1 had been transformed. It had gone from being a depressing sticky-floored ‘nightclub’ to what felt like a tiny, intimate bar. The eclectic decor of fairy lights, twigs in jars and jellyfish floating about on the overhead screens added to the very appropriate ‘DIY’ feel of the night. I don’t know how everyone else felt, but for me this was the perfect hangover gig. Nothing like a bit of folk-infused indie rock to drive away that raging Refreshers hangover.

Opening act Andrew Pearson and the Riflebirds are a promising band indeed. They played a selection of songs from their upcoming debut album, to be released in a couple of weeks. What stood out most was Pearson’s wonderful Scottish accent – in my opinion, there’s little worse (or confusing) than a faux-American singing voice. Music is Love are to be credited for featuring some new local talent, something which is not often capitalised on here in St Andrews. 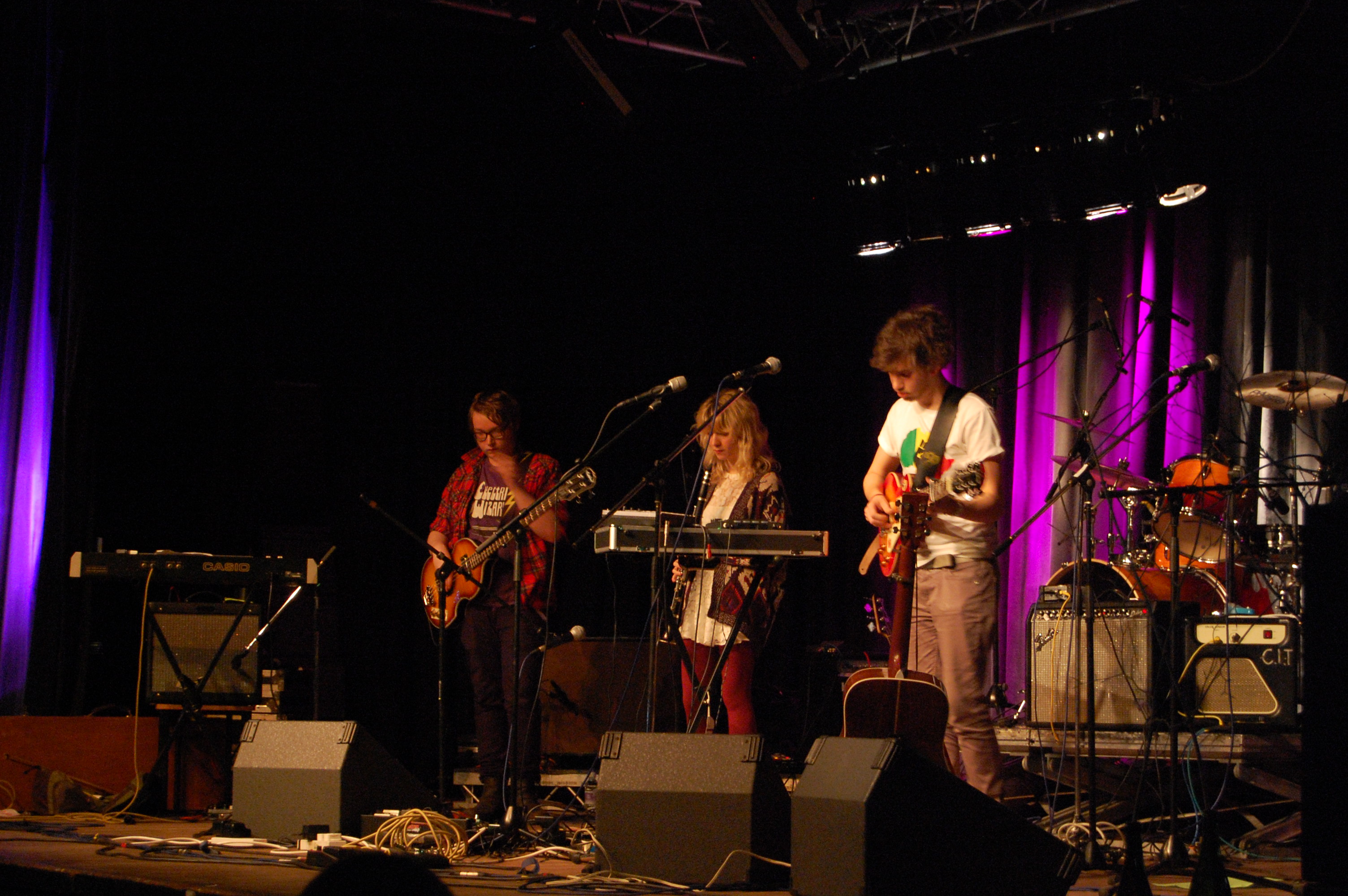 Eagleowl were also a very pleasant surprise. I’m still not sure what I expected from them, but what I got was a quietly epic soundscape which was an absolute treat to listen to. The set was filled with mellow, minimal songs – then all of a sudden just burst out into what I can only describe (however aptly) as a space jam, otherworldly, verging on prog-gy. This was their first gig in St Andrews, and hopefully not their last.

I wasn’t aware that stand-up comedy would be included in the show – there were free bonus belly laughs provided by Johnny Lynch. He has none of the bravado and bullshit that so many other frontmen have. Going beyond the ‘St Andrews connection’, he’s a genuinely funny guy who cultivates a rapport with his audience. Apparently he used to go to the Bop. Good one, Johnny.

Joking aside, before he’d even cracked any jokes, he won over the audience by opening his set with the exquisite ‘I’ve Been Set Upon’: not many people can own a stage equipped with only a guitar and their voice, but Johnny Lynch can.

Eagleowl formed a backing band for the majority of the show, a mixture of tracks from both volumes of ‘Secret Soundz’, moving from upbeat versions (I say ‘versions’ as live renditions can be rather different to those on record. This is an amazing idea, and more artists should do this) which had a few people on the floor, to the ballads which Lynch himself declared it would be ‘inappropriate to dance to’. I don’t often tear up at gigs, particularly when I’ve never listened to the artist in question before, but Lynch’s incredible voice caught me off guard. His frank lyrics and the emotion of their delivery make the music all the more heart-rending, all the more relatable. 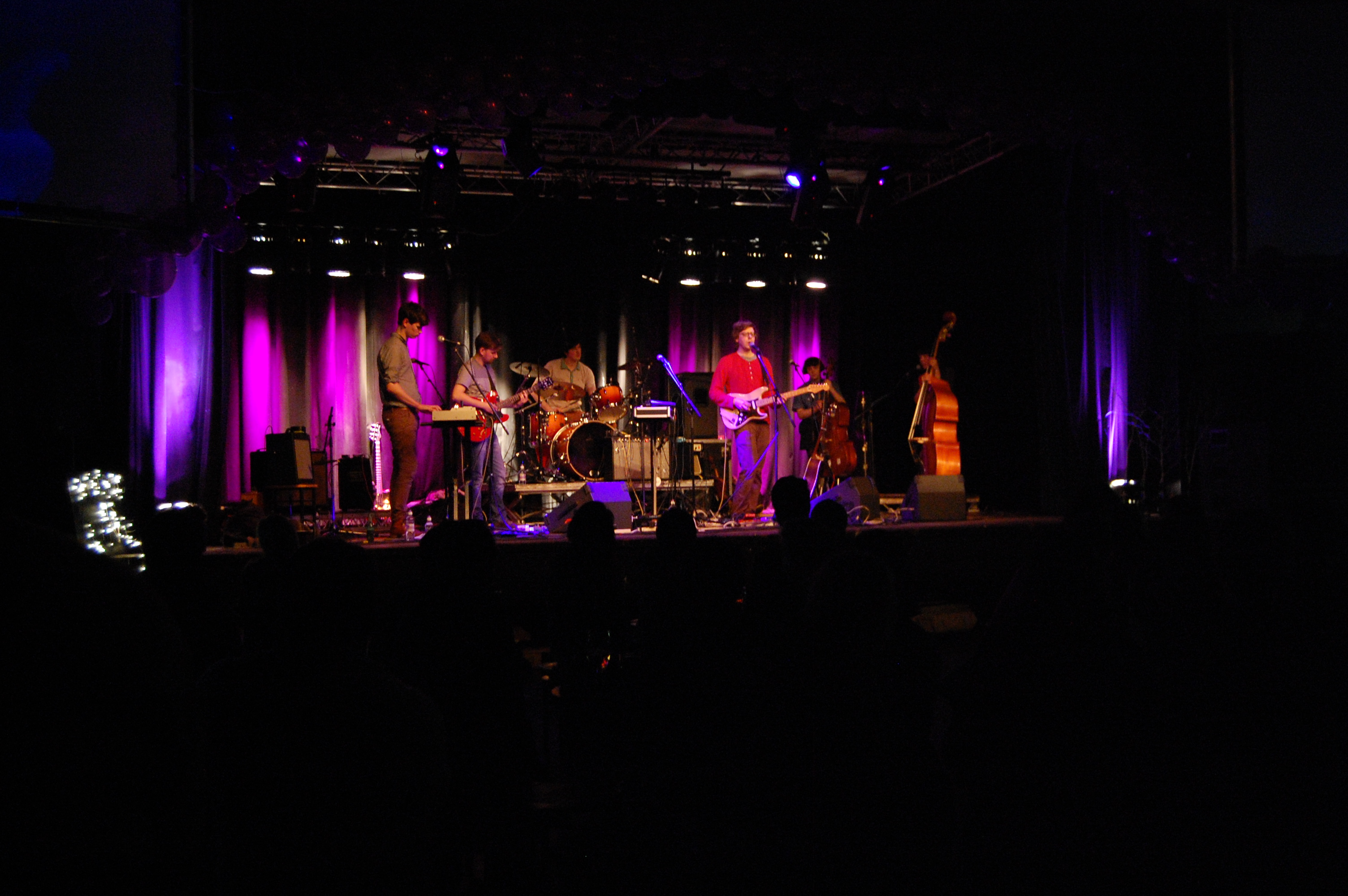 Before I went to this gig, for better or worse I resolved that at last, this would be my ‘bad review’. I’m always extremely sympathetic to – or completely in love with – the acts I review, which makes it difficult to be impartial. But for me to write a single piece of slander against this event would be unfair to everyone involved. I mean it when I say that everything about it was fantastic: the cosy cellar bar-like setting was the ideal backdrop for a showcase of some prime Scottish talent, and the two combined to form an utterly blissful atmosphere. I’ve watched bands play in real cellar bars, festival tents and arenas, but this goes down as one of my all-time favourite gigs.

Andrew Pearson and the Riflebirds will play at the Barron Theatre on Friday February 15th.

The Pictish Trail: A Beginner’s Guide

Set in Anstruther, this video for the otherwise very acoustic Winter Home Disco features a lot of gold chains, a boombox and a very shiny unitard- East Neuk represent!