A student returning from China was quarantined straight from the airport

Paramedics were called to Mayflower Halls last night after a student returning from China was quarantined immediately after returning from the airport.

According to the email, the student then did “exactly the right thing” and self-isolated before contacting the NHS. An ambulance was called to Mayflower Halls, and in a picture obtained by The Soton Tab, medical practitioners could be seen on site wearing scrubs, gloves and face masks.

“I talked to reception and it’s mainly precautions they’re doing,” a fresher told The Soton Tab. “We have seen paramedics and a guy getting pushed out. Everyone is tense about it.” 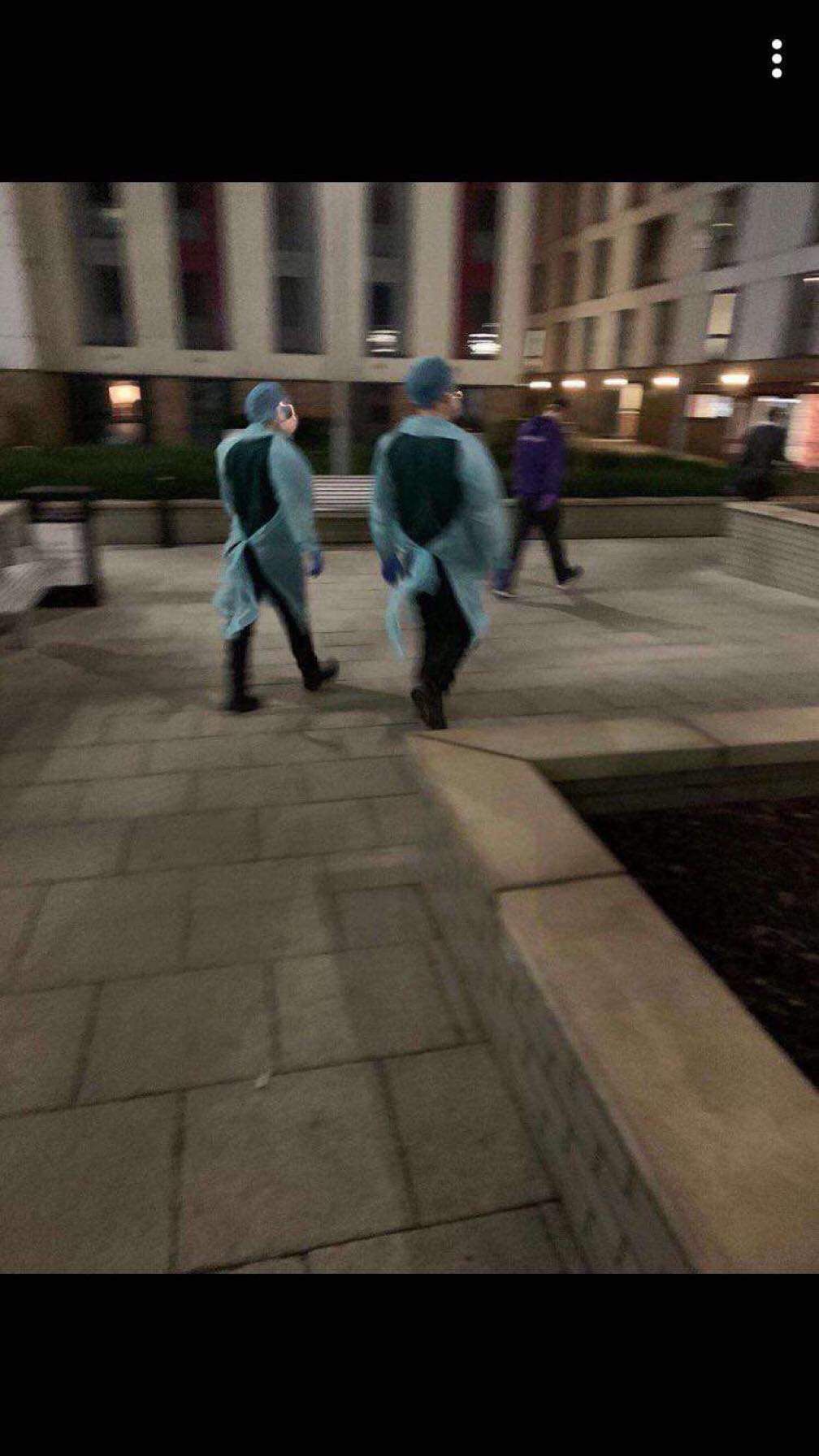 The practitioners in the courtyard of Mayflower Halls.

The student has since been discharged, but will remain in isolation, the University confirmed today.

The university has spoken to the student’s flatmates, who have agreed to stay isolated until local health services have given the all clear.

The communal areas of the student’s flat have been “deep cleaned”, as well as the lifts the student might have used.

“We are allowed to leave Mayflower from what I’m aware of,” a resident told The Soton Tab. “We asked to reception and they said that if there was any real threat that they would be the first one to no come to work.” 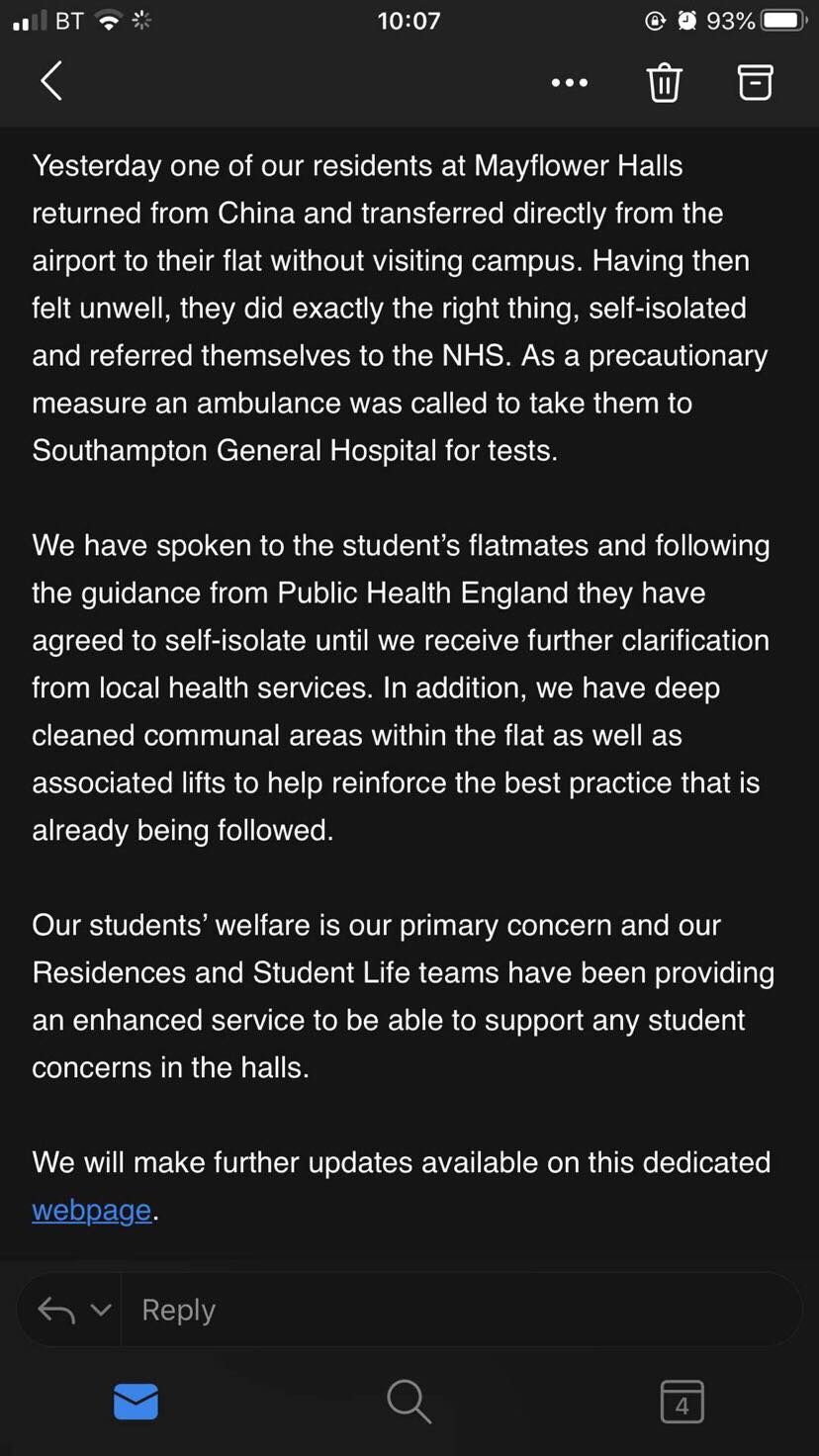 A spokesperson for the university said: “Yesterday one of our residents at Mayflower Halls returned from China and transferred directly from the airport to their flat without visiting campus.

“Having then felt unwell, they did exactly the right thing, self-isolated and referred themselves to the NHS.

“As a precautionary measure an ambulance was called to take them to Southampton General Hospital for tests.

“The individual has since been discharged by the NHS but in accordance with Public Health England’s official guidance will remain in self-isolation.

“We have spoken to the student’s flatmates and following the guidance from Public Health England they have agreed to self-isolate until we receive further clarification from local health services.

“In addition, we have deep cleaned communal areas within the flat as well as associated lifts to help reinforce the best practise that is already being followed.

“Our students’ welfare is our primary concern and our Residences and Student Life teams have been providing an enhanced service to be able to support any student concerns in the halls.

“We will make further updates available on this dedicated webpage.”

The university has created a webpage for more information on the coronavirus.