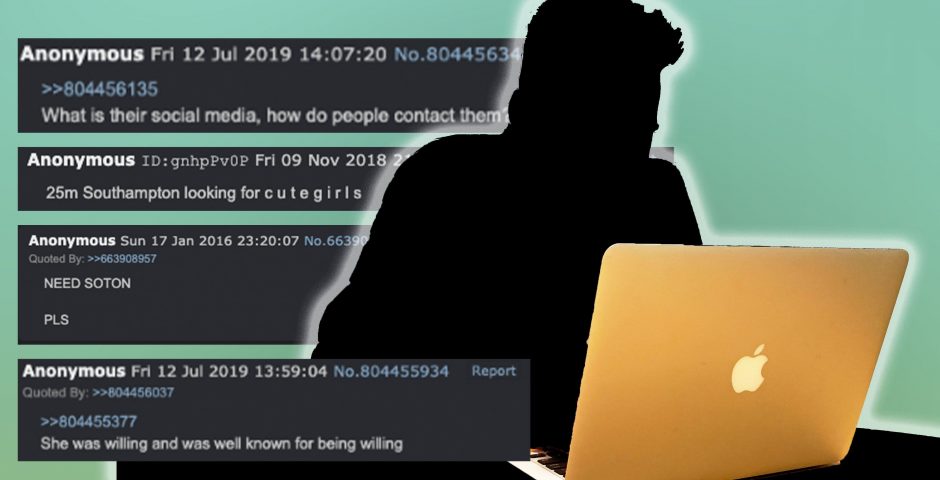 A petition to remove it has passed 25,000 signatures

People have been sharing "incredibly explicit" photos of Southampton students on a "members-only" website.

Threads created on the site show users asking for "Soton uni girls" and in some cases sharing their first names and postcodes.

Anonymous users have shared photos on the thread allegedly taken of former and current Southampton students. One asked under one thread: "What is their social media? How do people contact them?"

The website was initially public, however after a petition to remove it passed 25,000 signatures the site was altered so only "members" can access it.

One source told The Soton Tab: "I literally looked on there and typed where I'm from and a girl I know was on it lots of times.

"The same picture of her, a nude, and there were posts asking if anyone had anymore of her."

Another student who has seen the site said: "It's quite hard to navigate but the threads are all there.

"Out of my friends I've told we've seen names that we've recognised."

The Soton Tab obtained screenshots of the site. Some posts are dated as far back as 2016. Users have also been seen asking for pictures of girls from Devon, Glasgow, and York.

One shared a nude photo of a girl with the caption "Southampton, she also goes to Middlesex Uni."

Other posts are reportedly more recent. One asks users for pictures of four different girls from the university.

Another post from November reads: "I really want to meet her on a night out. Could definitely bang her. Does she still live in Southampton?" 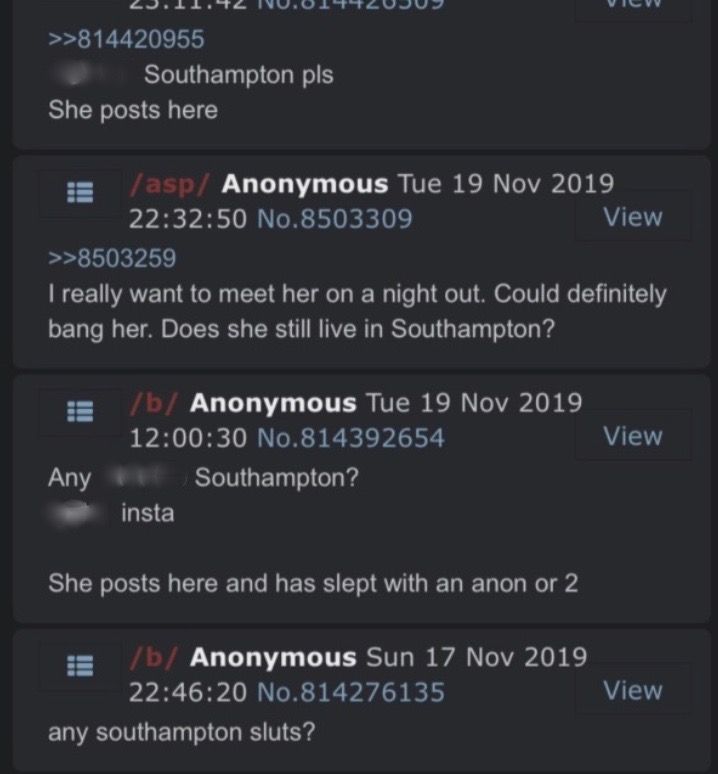 A source told The Soton Tab one thread "had a girl's picture with her name and where she worked, with threads of comments to ambush her.

"Some of my friends have looked and then found girls they know from home areas as well," they said. 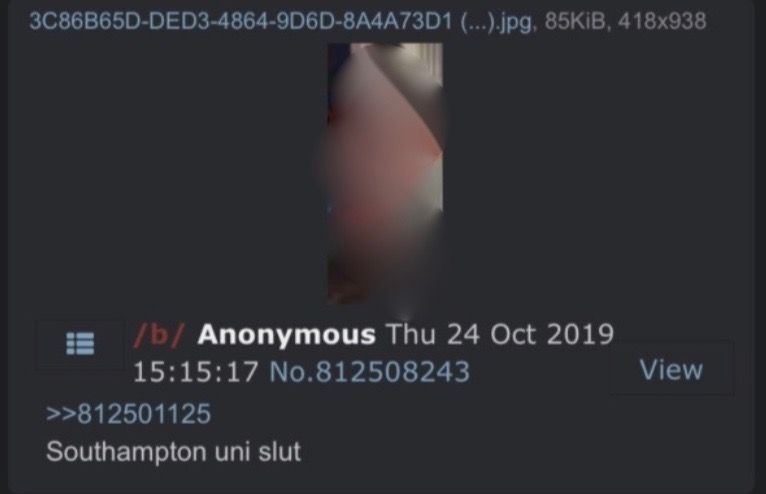 A change.org petition to shut down the website has passed 25,000 signatures.

"You will be hard pushed to find anything else like it on this planet."

• Revealed: Soton is the second most Brexit Party uni in the UK

• ‘Looks another Warwick about to happen’: I was stalked at uni, but my stalker was allowed to stay