It was allegedly a drunk driver

The car appears to have veered off the road and smashed into four metal railings, knocking three flat. No one is thought to have been injured.

A Solent Uni student was at the scene just after the crash happened, they told The Soton Tab: "I believe he was a drunk driver.

"He got out the car after it happened and vomited everywhere before trying to leave."

"A staff member stopped him".

You can view a video of the crash aftermath on The Soton Tab Insta story.

A picture and video of the incident was posted on an Overheard group on Facebook last night with the caption: "Someone had a bit too much to drink – taken from a friend's Snapchat." 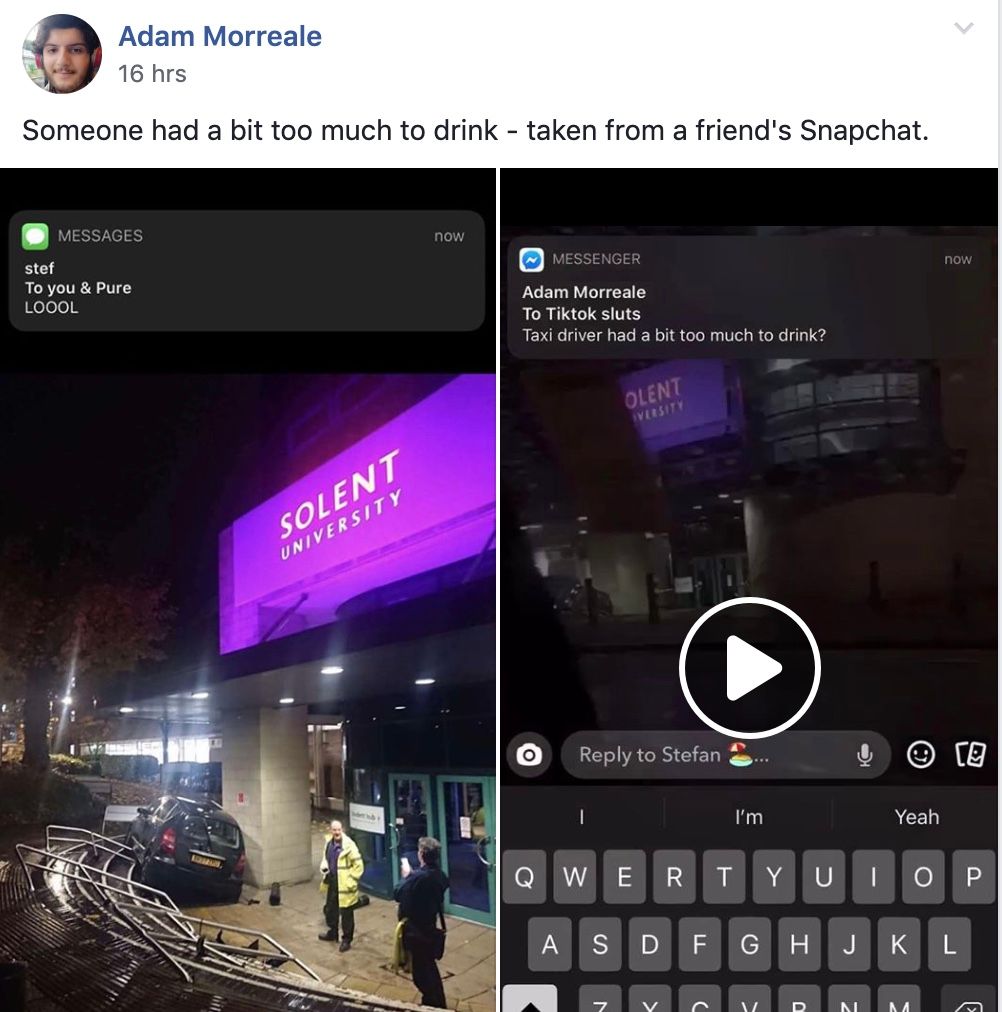 One student commented: "Good, fuck the student hub and their £5 student card replacements".

Another student replied with an edited photo of the incident: A spokesperson for Solent University said: “A road traffic incident on Wednesday night caused some damage to the front entrance of the university's Michael Andrews building and the area has now been cordoned off and made safe."

A police spokesman added: "We were called just after 8.30pm with a report that a vehicle had crashed through a barrier on East Park Terrace. Enquiries are ongoing."