WAIT, the dirty turd in Jesters was ACTUALLY a dirty Soreen loaf

Although it wasn't a first, hearing that someone had done a poo on the floor of the Jesters women's toilets on Saturday night was definitely a shock.

But the plot thickens! After we posted the picture of the supposed "poo" on The Soton Tab Insta, we received multiple messages from girls on the ladies lacrosse team, saying it's not what it looks like. 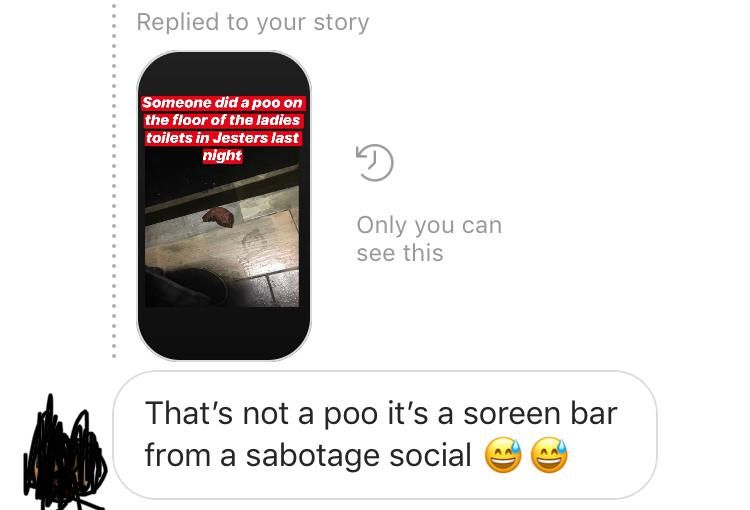 We were told that as part of the lacrosse "sabotage social", each team had to protect a special item from the other teams. If you found another team's item, you had to destroy it as quickly as possible.

One of the members of the team also explained: "One of the items was a Soreen loaf, so it must have been ripped apart by another team in the toilet". She also admitted that when she first saw it on the floor, she also thought it was a poo.

The Insta also received multiple messages from staff at Jesters, who cleaned up the "poo" and confirmed it was definitely just a Soreen loaf.

The "grim smell" that the student smelt when she found the fake poo, can only come down to the natural odour of the girl's loos.

In hindsight, looking at the picture, that would've been one massive poo.